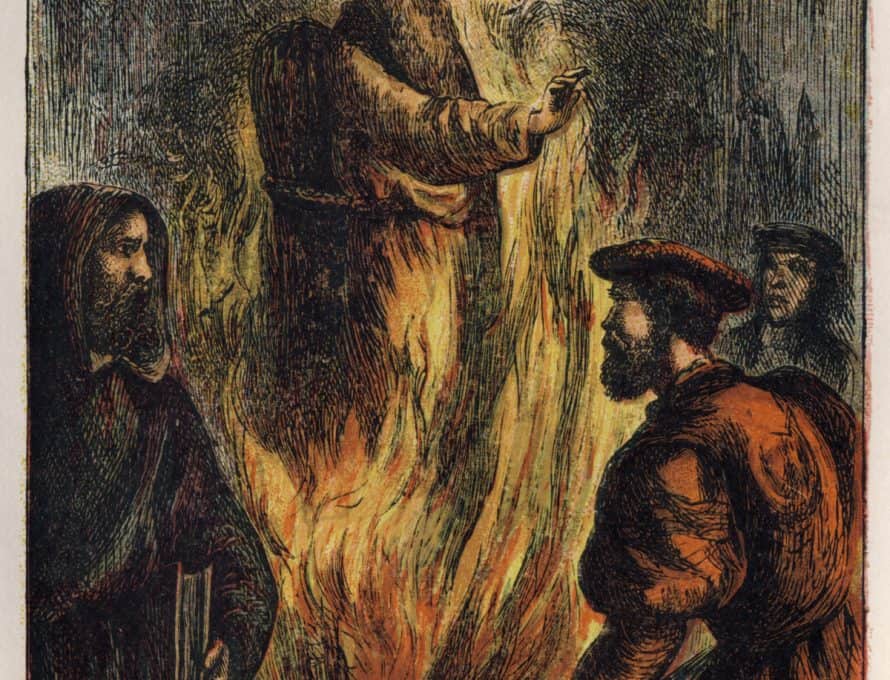 In Fahrenheit 451, author Ray Bradbury depicted book-burning as a way to control the masses. The government in that dystopian future wanted to stamp out dissenting voices. In their place, people were given access to “parlor walls,” which were giant flatscreen televisions airing sappy entertainment and sports. Even Bibles were discarded in the trash or burned. The story’s hero eventually discovered a country hideaway where individuals had memorized entire books. Because a war broke out without them knowing it due to government censorship, everyone is amazed when their city is bombed out of existence. Only those who had memorized the books lived to start over.

America is a free and open society. We experience the opposite of Bradbury’s high-control world no matter how many try to control the messaging spewing from our media. As followers of Jesus, we are exposed to many things that are intended to be attractive and compelling. Yet, those who generate the messages can often out-communicate those of us who lack the resources and channels.

This past summer, I traveled to Rome, Italy, and walked where early believers in Jesus had died for their faith. Ornate Catholic churches and enormous basilicas seemed to be on every corner. St. Peter’s Square is built on the place Constantine believed Peter had been crucified upside down. He had a church built there in the fourth century. The current structure was completed in the 1600s. At one time, the papal authority controlled what used to be the Roman Empire. Temples were converted into churches. Christians, especially Peter, were given high credibility in Rome for bringing change to a world that worshipped the Caesars and a host of mythological gods.Some attention is given to the martyrdom required to bring Christianity to Rome. Nero crucified hundreds of believers along the Appian Way. There are the catacombs with burial places decorated with frescoes of lions attacking the faithful. And a cross was erected in the Coliseum to honor those who were killed for their faith. Yet, no power on Earth was able to stamp out the Church.

Southern Baptists may have come along later, but we owe a debt of gratitude to our brave spiritual forefathers who died rather than give up their faith.Some leaders today see crystallization underway. Those who carry an unwavering faith in Christ are lining up on one side. Others who choose the way of the world in the name of tolerance are becoming less so. Believers will need to choose who they will serve – and be willing to die for that faith.The church has always grown on the blood of its martyrs. In 197 AD, an early church leader named Tertullian wrote a letter to the Roman governor in charge of his province. “The oftener we are mown down by you, the more in number we grow; the blood of Christians is seed.”

The voice of believers must not become muted in this generation. Some think it is too late. It is not. We must take encouragement from the Apostle Paul who told the believers suffering in Rome, “Who shall separate us from the love of Christ? shall tribulation, or distress, or persecution, or famine, or nakedness, or peril, or sword?” (Romans 8:35).The equivalent of “parlor walls” are going up in many homes. Biblical illiteracy has created a vacuum in the younger generations. Yet, men and women who are willing to stay informed, keep their faith strong, and line up with other believers can provide the gospel seed for our generation, even if done so in blood.