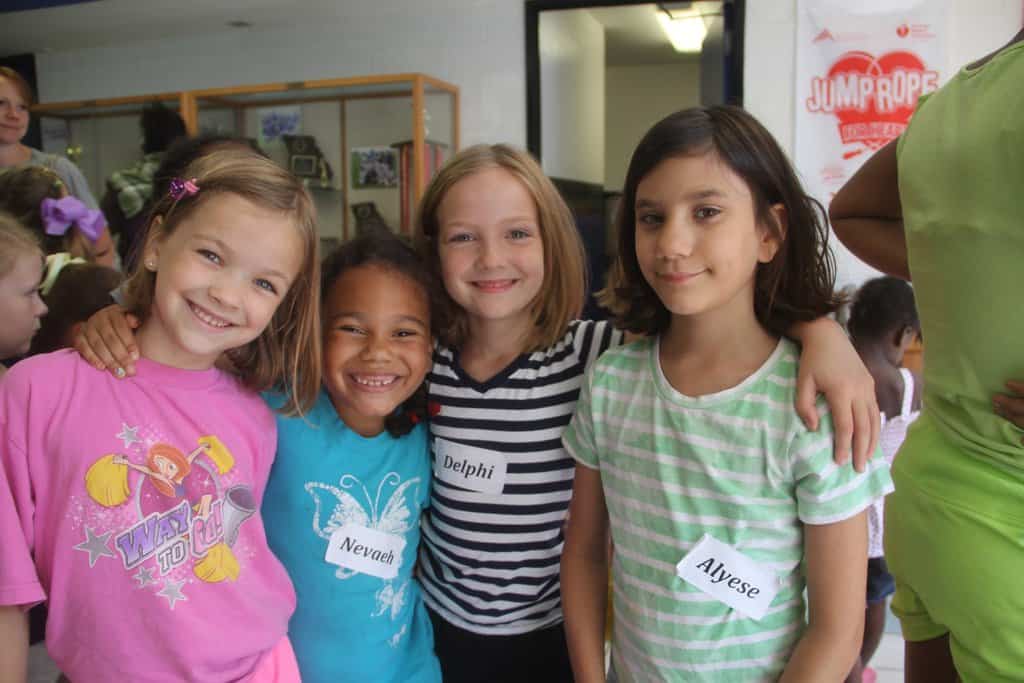 FLORISSANT – Hurricane Katrina in 2005 was the backdrop for two churches to partner with Passage Community Church in St Louis to offer basketball and cheerleading camps. Bob Martin, minister of recreation and singles at Lone Oak Baptist Church in Paducah Kentucky, first met Willie Breaux, pastor of Christian Fellowship Cathedral in New Orleans, shortly after Katrina destroyed his church and his home.

“We took several teams to New Orleans during the five years after Katrina,” Martin said. “The Lord put us together. We helped rebuild Willie’s church and his home. He was one of the few who stayed, and we partnered with him to reach out to the community.”

Even now, tears come to Breaux’s eyes as he remembers the devastation of his neighborhood. “The slogan that Lone Oak has on the side of their bus is true,” Breaux said. “‘Real People Serving the Real God’ describes the people. When they came to New Orleans, they reached out to us and showed us that their love was more than just words.”

Martin said Breaux’s church joins Lone Oak on mission trips in different parts of the country. They have led soccer, basketball and cheer camps for first through sixth graders. “We have a passion for reaching people,” Martin said, “and we know the hope is to reach the kids. Sports are the universal language and a mere tool. Different sports reach different kids.”

The soccer camp that Passage held had 142 children registered with 20 children who accepted Christ. “The percentage of those making decisions at the Passage soccer camp was the largest compared to some of the camps in other places,” Martin said. “God is working here.”

Mark Cote, Passage administrative pastor, agrees with Martin. “God is at work,” he said. “As Passage desires to ‘Love God, Love Others and Serve the Community,’ it is a joy to join God at work in people’s lives!”

The basketball and cheerleading camps held this month had 128 children enrolled with 43 children making decisions, including one child that came with the team from Kentucky and one from New Orleans. “It was a blessing to have teams come lead both camps,” Cote said. “We are honored to have any mission team come and invest their time and talents in our community as they serve Christ. As a church plant with 100-120 people, we can use all the help we can get to reach out into our community.”

Martin said they make team photos for evangelistic follow-up. “Thursday is always evangelism day,” Martin said. “We take team photos so the host church can use them to give parents as they visit the homes of the children. The picture is a perfect tool to make a connection.”

“Now, it will be our members’ challenge to organize and follow up on these decisions,” Cote said. “We will be following up with a total of 44 families in our area with the 61 children who accepted Christ. We will also be following up with six additional children who wanted more information on being a Christian or information on Passage Church. We pray to have the opportunity to disciple and invest in their young lives and their entire families.”

These sports camps continue to be a tool to ignite life in Jesus.