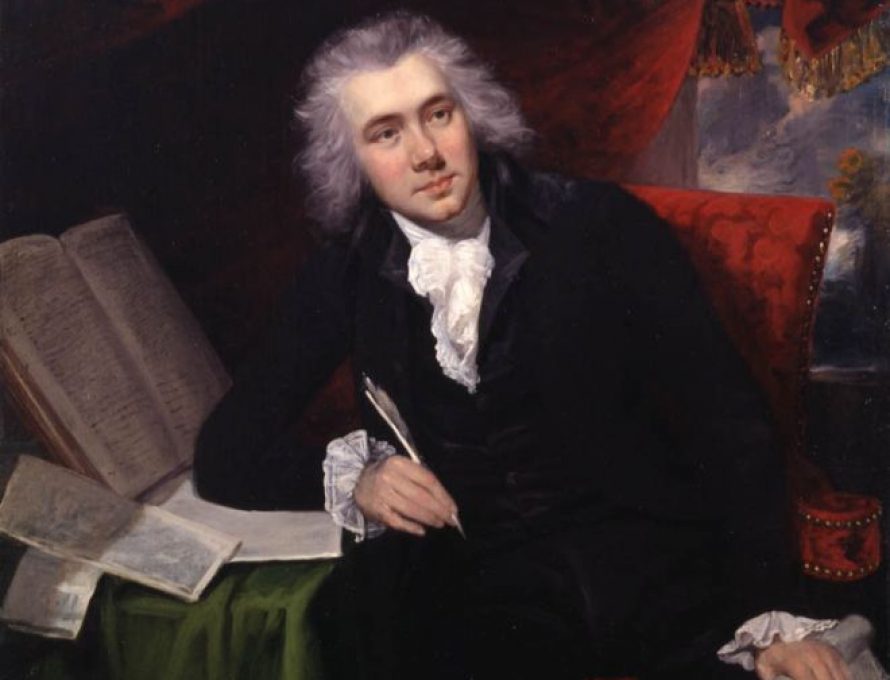 William Wilberforce at age 30, shown here in a 1790 painting by John Rising.

KANSAS CITY – Michael D. McMullen serves as professor of church history at Midwestern Baptist Theological Seminary, as well as editor of the Midwestern Baptist Journal of Theology. Last fall, he published a book about William Wilberforce (1759-1833), the renowned British evangelical, parliamentarian and abolitionist. The book is titled William Wilberforce: His Unpublished Spiritual Journals. On Feb. 15, McMullen answered some of my questions about his book and about the impact of Wilberforce’s life and faith:

Benjamin Hawkins: What inspired you to study the life and work of William Wilberforce and to edit his unpublished spiritual journals?

Michael McMullen: I am a Hullensian, which means I was born in the same city Wilberforce is from, Kingston Upon Hull in Yorkshire, England. I visited his house several times in my youth, as it had become a museum dedicated to abolition and the part he played in that. But in 2007, in the bicentennial year of the British Parliament abolishing the slave trade, I discovered that though we possessed many of Wilberforce’s diaries and journals, they had never been published. The more I read through his Spiritual Journals, the more I became convinced that his words, thoughts and prayers were an incredible treasure, and I determined to transcribe, annotate and publish what I believed would be a great challenge and encouragement to believers today. 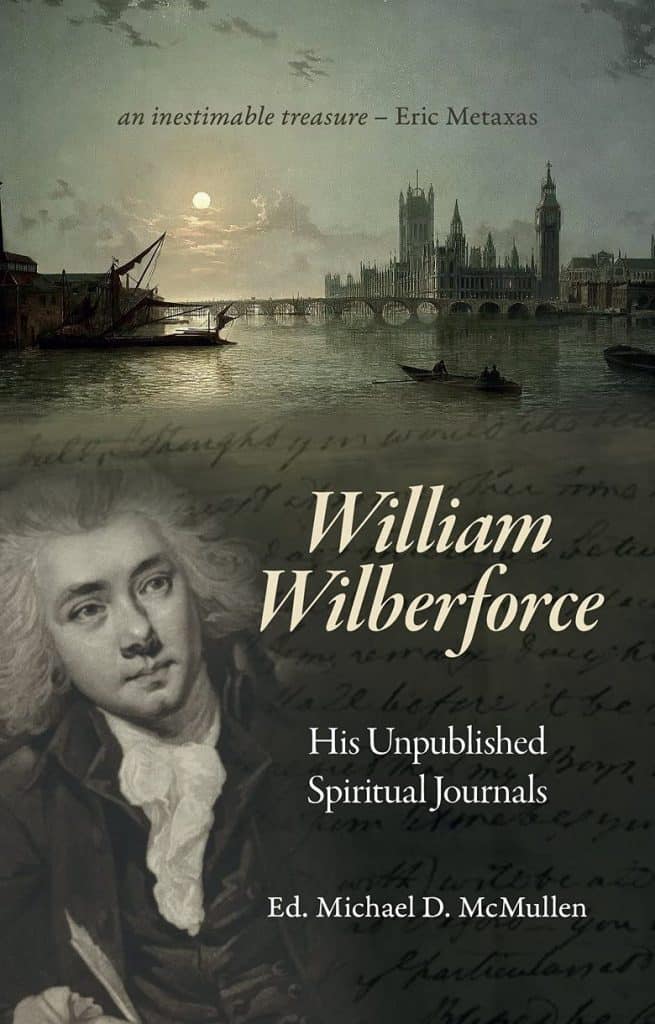 Hawkins: In what way do Wilberforce’s unpublished spiritual journals help us to understand the impact his faith had on his determination to end the slave trade?

McMullen: Wilberforce did all that he did, the pursuit of abolition and the impacting of society for good, because he was an evangelical. His love for Christ, for the gospel and for his fellow-man drove Wilberforce to give his life and health in pursuit of making a real change. He never intended for his personal and private Journals to be published. In fact, he gave instructions for them to be destroyed upon his death. Thankfully, that never happened. In his entries we see behind the curtain, as it were, and witness Wilberforce’s very private spiritual walk. He was convinced that it really was God that had laid before him the two Great Objects that he committed his life to, Abolition and the ‘Reformation of Manners’ – changing society for the better. What is revealed in the Journals is the life and struggles of a man called to a seemingly impossible task, who knew it could only be achieved through the power of the One who had called him. We see a man who not only faced incredible human opposition, serious medical conditions and constant self-criticism, but a man with a winsome personality, who prayed, loved his family and shared his faith at every opportunity.

Hawkins: Did you learn anything surprising or uniquely interesting about Wilberforce as you completed this project on his unpublished spiritual journals?

McMullen: Two things stand out. Just how incredibly self-critical he was. He constantly berates himself for failing in his spiritual life, when much of what he worried about was really the result of the second thing, that he suffered so much physically. He was often in terrible pain, and this affected him in so many ways, including his ability at times to be at church or fast as much as he would have liked.

Hawkins: Of course, as he labored to end the English slave trade, Wilberforce did not work alone. Unless I’m mistaken, Wilberforce worked in some way with Olaudah Equiano, among others. Is that correct? What role did Equiano play in the fight to end the slave trade? Can you tell me anything about Equiano’s own faith and its impact on his life and work? 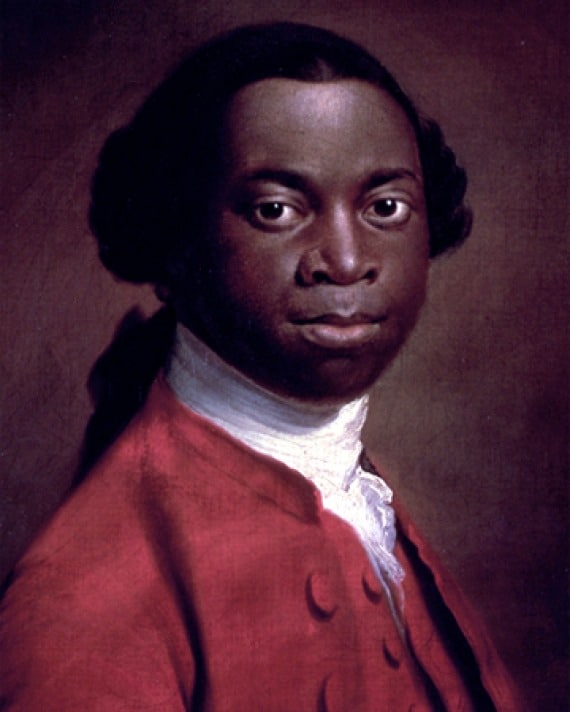 McMullen: Wilberforce surrounded himself with a very godly group of men and women, the Clapham Sect. They would fellowship together in each other’s homes, and pray, read Scripture and encourage each other in a variety of ways. But Wilberforce had a wider group of friends and supporters in all his various campaigns, including incredible men, such as the former slave Olaudah Equiano, who composed the first-ever slave autobiography. In so doing he gave great impetus to the fledgling British abolition movement. After a horrific life of being kidnapped and sold as a slave, Equiano had not only been brought to Christ through the ministrations of a family member of his ‘owner,’ and through hearing George Whitefield preach, but he had also managed to purchase his freedom. In his very challenging autobiography he wrote, “O ye nominal Christians! Might not an African ask you – Learned you this from your God, who says unto you, Do unto all men as you would men should do unto you? Is it not enough that we are torn from our country and friends, to toil for your luxury and of gain? Why are parents to lose their children, brothers their sisters, or husbands their wives? Surely, this is a new refinement in cruelty, which, while it has no advantage to atone for it, thus aggravates distress, and adds fresh horrors, even to the wretchedness of slavery.” After working for a while as a missionary, Equiano moved to England, married and played a vital role in the abolition movement.

Hawkins: Why do you think it is important for Missouri Baptists to remember and reflect upon the lives of men like Wilberforce and Equiano?

McMullen: The Atlantic Slave Trade was an evil practice, and we thank God that men like Wilberforce and Equiano committed their lives to ending it. But it was their faith in Christ that propelled them to fight against seemingly insurmountable odds, and at long last to experience victory and see it abolished. Equiano’s autobiography and Wilberforce’s Journals complement each other so well, as we can see faith in action. Two men from incredibly different backgrounds are both brought to faith and end up giving their all to fight for the very same cause. But they, being dead, yet speak. Slavery and human trafficking are now practiced on a global scale. The evil of abortion is trumpeted as a human right, with each procedure ending a human life. God raised up Wilberforce, Equiano, Thomas Clarkson and many others in the fight to end slavery. Equiano’s words challenge us to respond now as he did then, that we might not be found to be simply nominal Christians. Wilberforce’s words too should compel us to action, “You may choose to look the other way, but you can never say again that you did not know.”

Hawkins: Is there anything else you would like to tell Missouri Baptists regarding these men or regarding your recent book?

McMullen: Transcribing and annotating Wilberforce’s Spiritual Journals took almost 13 years. His handwriting was often challenging, and I wanted to give as many helpful notes as I could. But the whole time it was a labor of love, for we have in his own words the record of a man struggling with very challenging health conditions, extreme opposition from the world, who is on a mission seemingly with almost zero chance of success. But we also discover a man who was certain God had called him and would bring to pass what could only be regarded as a miracle, the abolition of slavery. We are also able to see not just how Wilberforce struggled with his own fears and failings as he sought to be a faithful Christian, experiencing exactly the same trials and temptations we all face, but we see the triumphs and victories he enjoys through God’s keeping power. In the end, it really is all about the One who calls us, leads us and keeps us!