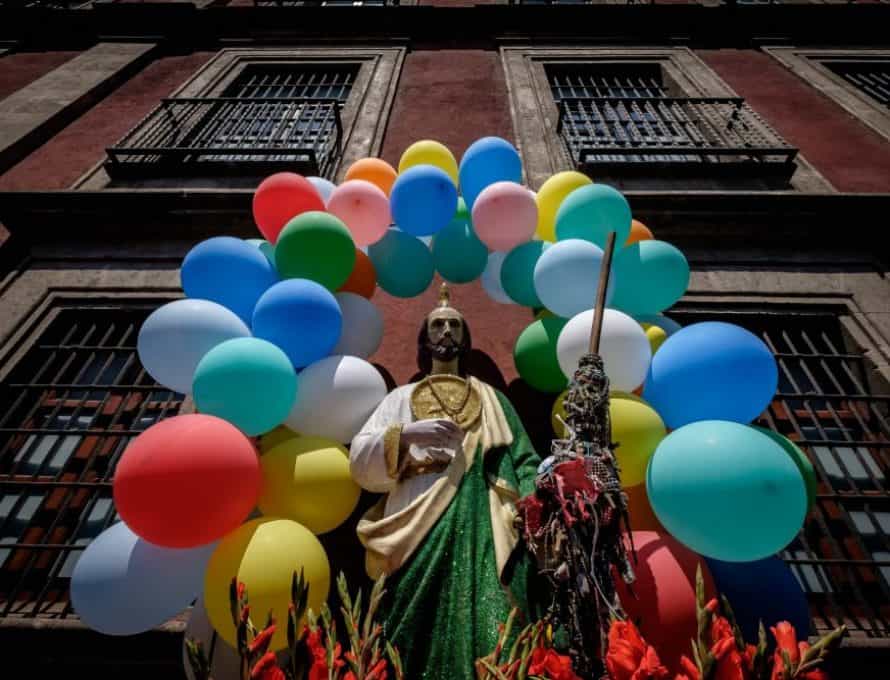 With its rich history and art and thriving international businesses, Mexico City opens its arms daily to travelers from around the world. The IMB team serving there sees that as an opportunity to reach the world for Christ. IMB Photo.

MEXICO CITY – From Todd Beel’s house in Mexico City, he can spot planes coming in every five minutes or so. “Each time, that’s another couple hundred people coming in from Europe, multiple cities across Europe, cities across South America, many cities in the United States and Canada,” he points out. Each time one lands, the city of more than 28 million opens its arms to a little more diversity, and each time, for Todd’s team of 12 IMB missionaries, the task gets a little bigger. But that’s exactly why they’re compelled to be there.

“Those are people coming and going all day long for business, work, sports, and study,” said Todd, who serves as team leader. “It’s kind of like, ‘Who has the Lord brought to this city today who needs to be reached with the gospel?’ Many of them are coming from unreached people groups around the world.”

And as those planes leave again, they could be taking the gospel back with them, he concluded. That’s the hope of the team, a dozen people from a diverse collection of backgrounds and skill sets all working together to equip new believers to take the gospel to unreached pockets of Mexico City and the world. Some are single, some are married, and some have children. They hail from places such as Colombia, Cuba, Korea, and Tennessee. And they have one vision—to see the world worship Jesus and for it to start right where they are.

Will Wright, a young 20-something who recently joined the team, said it’s a big vision, but at the micro level, he can already see God at work. Will has been working to build a strategy to reach the city’s universities, and in getting to know the students, a recent conversation turned into a four-hour discussion about the gospel. The next thing he knew, a young man named Daniel chose Christ over all the other things that had seemed good in his life before.

“Within a very short amount of time, there’s drastic changes in his life,” Will reported. “He’s wanting to live for the Lord. I see him broken over the sins of other people. I see him with a passion that other people come to know the Lord.” And Will, Todd, and others are praising God for that kind of transformation and hoping to fan the flame of that passion into a fire that reaches the whole world for Christ.

“I’m just excited to think about the potential in what may be happening in the years to come, not only within but also without, as the people of the city, those that will come to know the Lord or already do, are mobilized to make a difference,” Todd said.

EDITOR’S NOTE: Dec. 3-11 is the Week of Prayer for International Missions.