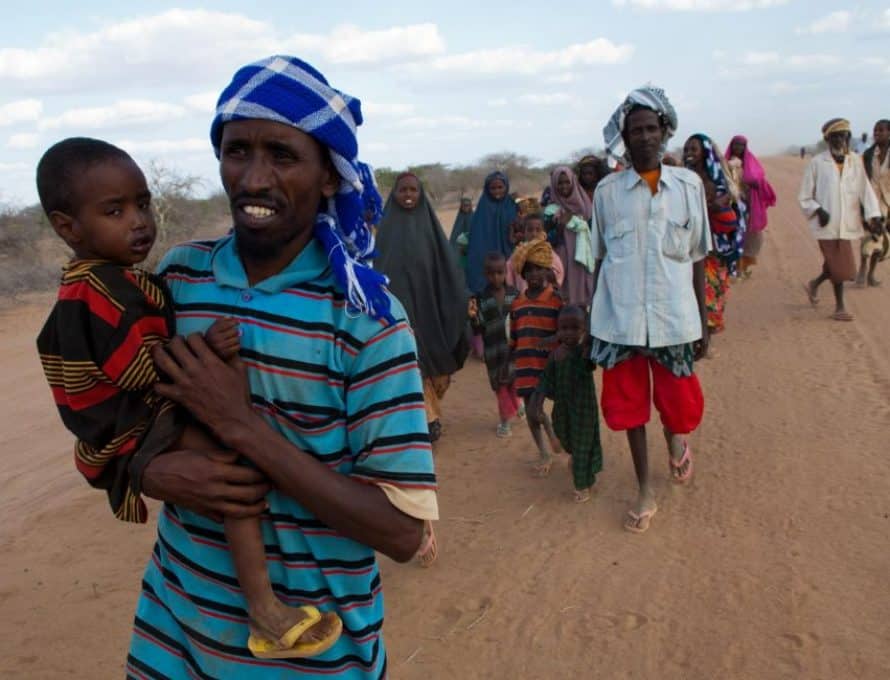 NORTH AFRICA – Refugees trek across North Africa, searching for safety and a home. IMB missionaries here are laboring to share how they can find security and shelter in Christ Jesus. IMB Photo.

NORTH AFRICA – Six years ago, one of Seth Peyton’s* good friends paid a high price to escape the violence and famine of his home country. Like hundreds of other North African refugees, he gave his savings to a smuggler who packed him into a standing-room-only truck for a long, miserable trip across the Sahara Desert followed by a dangerous boat ride across the Mediterranean Sea.

Many don’t make it—their bodies wash up on the shore of Europe’s coast.

But Seth’s friend said he wasn’t sure the fate he found in surviving was better.

“After living here for six years, he recently went back home,” reported Seth, an IMB missionary who works with refugees in Europe. “Refugees tell us over and over that this is not what the trafficker told them that Europe was going to be like, that it’s horrible, that there is nothing for them here.”

So as much as Seth’s friend had sacrificed to escape the reality of his home country, he went back. “He said people back there need to hear this so they do not risk their life to come up here,” Seth explained.

In Europe, where Seth and his family live and serve, North African refugees often end up in government housing. They are piled as many as 15 to an apartment, and because of the type of visa they’re given, they can’t find work. “They have nothing to do all day except go out and scrounge for food,” Seth said. “It’s very lonely, very sad, and very hopeless. They feel forgotten.” That’s why he and other IMB missionaries across the region spend their lives trying to meet those “forgotten” refugees with the hope of the gospel.

“The church has a tremendous opportunity to engage these people, to pray over them, love them, and share with them the hope that we have,” Seth said. “We pray that through this time God will open their hearts and draw them into His kingdom through the hope that He offers.”

And God is answering those prayers, he said—hundreds of refugees from closed countries in Africa and the Middle East are coming to Christ across Europe. “There are great things happening in the midst of a heartbreaking situation,” Seth said.

But, he conceded, their overwhelming heartache is still hard to watch. “We recently had a group of refugees over for dinner in our home,” Seth said. “One of the men revealed, ‘I’ve been here eight years, I have no family, I have no job, I have nothing to do here, I have no hope. But tonight you guys have given me some joy in my life.’” (*Name changed.)

EDITOR’S NOTE: December 3-11 is the Week of Prayer for International Missions.