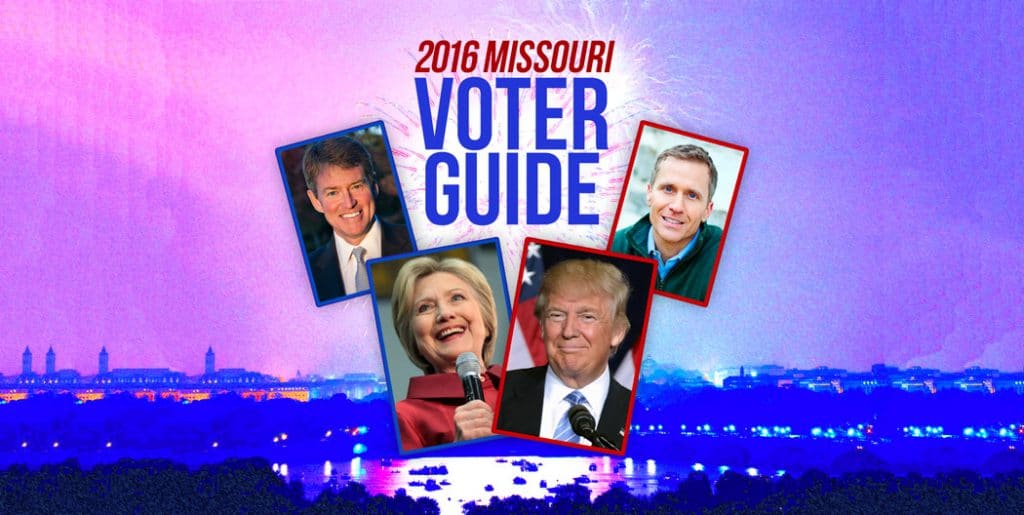 The following comprehensive, non-partisan Missouri Voter Guide is provided through a partnership between The Pathway and the St. Louis-based Constitutional Coalition. The free voter guide includes the candidates’ views on various issues, a description of the various statewide ballot measures to be considered and a list of all state judgeships up for voter consideration. Races for president, U.S. Senate, all Missouri congressional races and all statewide office races are covered. Also included are the party platforms of the Republican and Democrat parties.

There are clear differences between the Democratic, Republican and Libertarian parties as well as the candidates themselves. Whether it’s the how the candidates view the role of judges in making law, the raising of taxes, or national defense, the differences will make a significant impact on the nation depending on who is ultimately elected. Information is obtained from various reliable sources and presented through the lens of the nation’s highest law: the United States Constitution. News sources are footnoted; otherwise sources used were ProCon.org, Ballotpedia.com or the candidate’s websites. None of the information provided is intended, nor should it be construed, to be an endorsement of any party or candidate. It is presented to educate and inform our readers, so they can use their God-given discernment and exercise their voting privilege for the good of the nation. We have not included candidates in this review who have not been certified for all 50 state ballots. The Libertarian Party has qualified for all 50 states, Green Party for 43 and Constitution Party for 23.

With so much attention being paid by the mainstream media and other national and local outlets to the presidential race, it is important to remember that Missouri has a significant election with candidates for state offices who hold a
wide variety of views and opinions on major issues facing this state: issues such as Right to Work legislation, expansion of Medicaid, education policy, taxation and economic growth, and much more. We encourage you to use this information to inform yourselves and continue to learn more about the candidates who are on the ballot this November so you can make a wise and informed decision.