Christians sharing the gospel in Muslim-dominated countries take incredible risks. And converts from Islam to Christianity are routinely banished, imprisoned or murdered. So, how do Christian missionaries teach Muslims about Jesus when Islam denies His deity and death on the cross? And how do new converts from Islam to Christianity worship Jesus without inviting severe persecution? One answer is Chrislam, the bringing together of Christianity and Islam. Proponents of Chrislam say that … END_OF_DOCUMENT_TOKEN_TO_BE_REPLACED 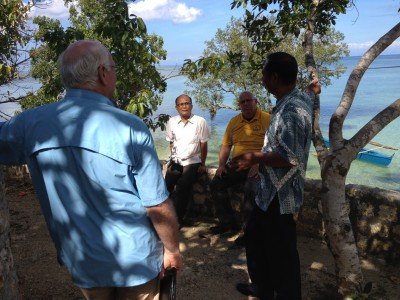 MBC Executive Director John Yeats was part of a six-person team of Missouri Baptist volunteers on Gibitngil last month. He reflects on God’s sovereignty in the midst of uncertainty: “Divine interruptions are the handiwork of God and we have to learn to listen. For example, just prior to this trip, we learned that my wife Sharon will most likely have a surgical procedure when we return. The outcome will be huge and it could have derailed our participation on this mission. “Then we learned … END_OF_DOCUMENT_TOKEN_TO_BE_REPLACED 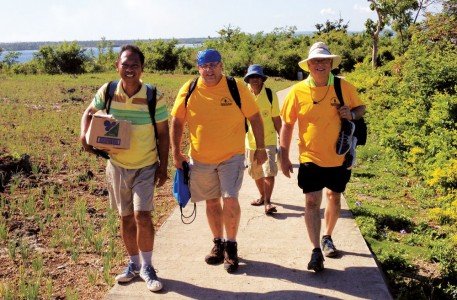 GIBITNGIL ISLAND, Philippines – To many of the 451 families on the tiny Philippine island of Gibitngil, Missouri Baptist Convention (MBC) Disaster Relief (DR) Specialist Dwain Carter is simply known as “Pastor Dwain.” To Mayor Ricardo Ramirez of nearby Medellin, who oversees Gibitngil, Carter is a welcome sight and a Facebook friend. To those on the island who have watched Carter lead four teams of disaster relief volunteers here since Typhoon Haiyan ravaged the central Philippines last … END_OF_DOCUMENT_TOKEN_TO_BE_REPLACED 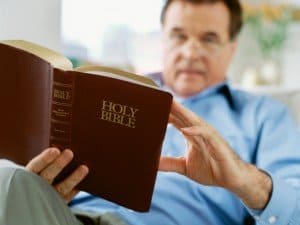 “The Bible is full of contradictions.” So say many critics of God’s Word. When asked to provide examples, however, critics often reveal a gross misunderstanding of the writers’ purposes, according to Douglas S. Huffman, a contributor to In Defense of the Bible: A Comprehensive Apologetic for the Authority of Scripture. While alleged contradictions come in many forms, one of the most common is that of misplaced expectations; that is, critics approach the Bible from angles that are … END_OF_DOCUMENT_TOKEN_TO_BE_REPLACED

Few passages of Scripture cause more controversy among evangelical Christians than Rev. 20:1-10, in which John mentions a 1,000-year period six times. The main point of debate is whether the “millennium” should be understood literally or figuratively. Generally, those who believe the 1,000 years are literal and in the future are called premillennialists. They look for Christ to return and establish a “millennial kingdom,” or a reign of 1,000 years, after which He puts down Satan’s final … END_OF_DOCUMENT_TOKEN_TO_BE_REPLACED 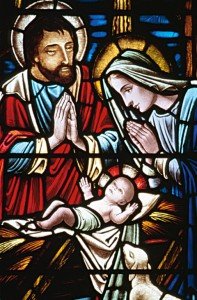 Christians love to hear and tell the traditional Christmas story. The birth of Jesus includes Mary and Joseph seeking shelter on a winter night, no room in the inn, a baby born in a stable and angels visiting lowly shepherds nearby. But our modern telling of the account in Luke 2:1-20 embraces critical flaws, according to Kenneth E. Bailey, who spent 40 years teaching the New Testament in the Middle East and who authored Jesus Through Middle Eastern Eyes: Cultural Studies in the … END_OF_DOCUMENT_TOKEN_TO_BE_REPLACED 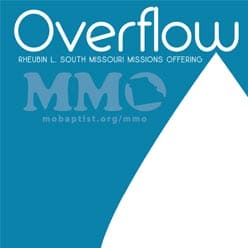 ROB PHILLIPS/MBC dir. of communications JEFFERSON CITY – Missouri Baptists are outpacing last year’s generous giving to state missions. As of Nov. 20, funds received for the Rheubin L. South Missouri Missions Offering (MMO) totaled $664,010, or 95 percent of the goal of $700,000. A year ago at this time, MMO giving totaled $623,805 but eventually surpassed the goal of $675,000, marking the first time in more than a decade that gifts exceeded the target. “Overflow” is the theme … END_OF_DOCUMENT_TOKEN_TO_BE_REPLACED

Muslims, Jehovah’s Witnesses and atheists often argue, “Jesus never claimed to be God.” They assert that Christians have corrupted or misinterpreted the New Testament, or they reject the Bible outright. But for those willing to consider the eyewitness testimony of the New Testament writers, and the convincing evidence that their words are accurately preserved, we may point our unbelieving friends to seven ways that Jesus does, in fact, claim deity. First, Jesus calls Himself God. In … END_OF_DOCUMENT_TOKEN_TO_BE_REPLACED