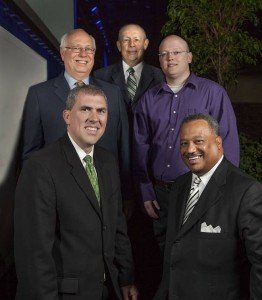 Some random thoughts on a variety of subjects as we enter the summer of 2013: Three thoughts come to mind as I reflect on this year’s Southern Baptist Convention (SBC) annual meeting in Houston June 11-12. 1. The low attendance. Barely 5,000 messengers showed up and the question everyone wants answered is why? The SBC surveys messengers to gauge their feelings about various aspects of the meeting. It may be awhile before we have that data, but I am sure it will be studied closely. I … END_OF_DOCUMENT_TOKEN_TO_BE_REPLACED

HOUSTON – Two Missourians are among the 70 Southern Baptists from 35 state Baptist conventions that were named to serve on the 2013-14 Southern Baptist Convention (SBC) Committee on Nominations during the SBC annual meeting here June 11-12. They are: Ted D. Middleton, pastor, First Baptist Church, Lewiston, and Jennifer Farr, a member of First Baptist Church, Steelville. The Committee on Nominations will nominate people to serve on the SBC’s boards, commissions and committees. They will … END_OF_DOCUMENT_TOKEN_TO_BE_REPLACED 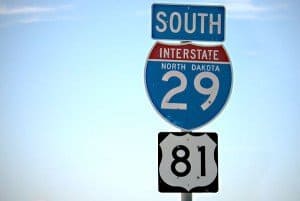 JEFFERSON CITY – What do your tithes and offerings do? Through the Cooperative Program (CP), they start new churches, feed the hungry, advance Christian education, provide disaster relief, promote evangelism, keep more than 10,000 full-time missionaries in the field … and much more. April 14 is Cooperative Program Day for the 45,000 churches of the Southern Baptist Convention (SBC). It is a day to celebrate the unique funding process that Southern Baptists have used since 1925 to support … END_OF_DOCUMENT_TOKEN_TO_BE_REPLACED

There seems to be a new attitude percolating among the folks who call themselves Southern Baptists. It’s as if the old ship of cooperative ministries has been sailing on some rough seas of change, but now the sails are ready to unfurl for the journey of faith to which the Lord has called us – namely, to reach the peoples of the world with the gospel. There have been times when the SBC has languished as if someone misplaced the compass. But I join with the choir in singing, “The anchor … END_OF_DOCUMENT_TOKEN_TO_BE_REPLACED

OKLAHOMA CITY – Pathway Editor Don Hinkle was unanimously voted president-elect of the Baptist Association of State Publications (BASP) by Southern Baptist Convention state newspaper editors at their annual conference here Feb. 11-13. Cameron Crabtree, editor of The Northwest Baptist, Portland, Ore., is president until February 2014 when the editors next meet. Hinkle, 58, will begin his service at the conclusion of that meeting, serving a one-year term. Hinkle has been a journalist for … END_OF_DOCUMENT_TOKEN_TO_BE_REPLACED