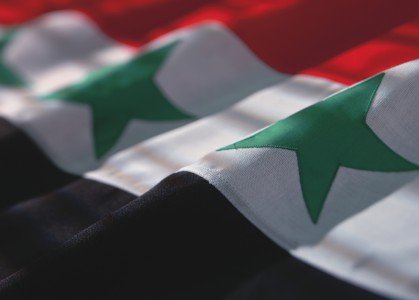 WASHINGTON (BP) – Islamic militants have eradicated virtually every trace of Christianity from Mosul, Iraq’s second largest city, Nina Shea, director of the Hudson Institute’s Center for Religious Freedom, said July 23. “There are no Christians left in Mosul,” Shea told CBN News. “They have all been driven out. They have been told to convert to Islam or die, or to leave.” Mosul has been the center of Iraq’s Christian community for two millennia, but it is also a site with a … END_OF_DOCUMENT_TOKEN_TO_BE_REPLACED 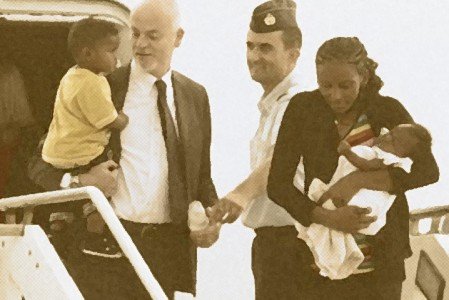 WASHINGTON (BP) – Meriam Ibrahim, the Sudanese woman whose death sentence caused an international outcry, arrived safely in Italy July 24. Ibrahim was flown on an Italian government jet to Rome with her American husband, Daniel Wani and their two young children. Ibrahim was arrested in February and a Sudanese judge set Ibrahim’s death sentence for “apostasy” (leaving Islam) May 15. However, in June, the ruling was overturned and she was released from prison only to be detained at the … END_OF_DOCUMENT_TOKEN_TO_BE_REPLACED 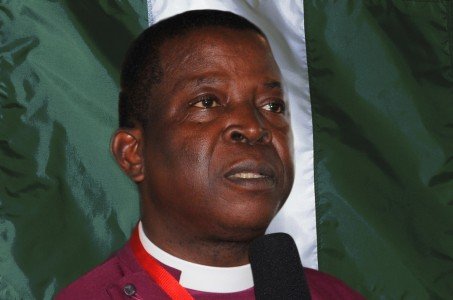 David Roach/Baptist Press ABUJA, Nigeria (BP) – The United States and other western nations have ignored the religious motivation of the Islamic terrorist group Boko Haram and must understand the theological dynamics in Nigeria in order to curb terrorism in the western African country, the archbishop of Nigeria’s Anglican Church told Baptist Press. For a long time, “the United States did not come out to say anything about Boko Haram,” Nicholas Okoh, primate of the Church of Nigeria, … END_OF_DOCUMENT_TOKEN_TO_BE_REPLACED 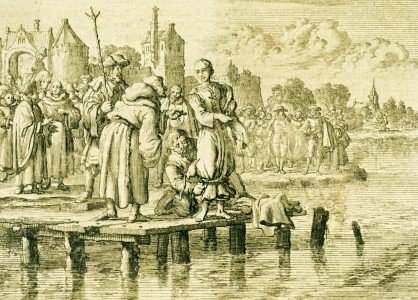 David Roach/Baptist Press NASHVILLE (BP) – Rising death tolls in Iraq and Syria, where Muslim extremists are killing in the name of their faith, represent a stark contrast to the relative lack of religiously motivated killing among modern Christians – a contrast that seminary professors say is attributable to the principle of religious liberty. Religious violence declines wherever religious liberty “has been preached and practiced,” Rick Durst, professor of historical theology at … END_OF_DOCUMENT_TOKEN_TO_BE_REPLACED 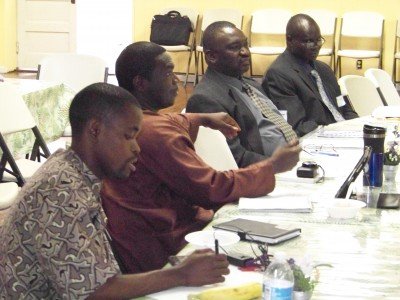 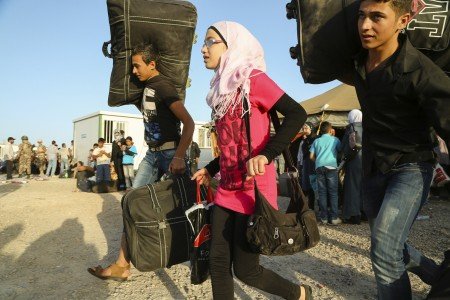 Ava Thomas/Baptist Press MOSUL, Iraq (BP) – Sudden intense fighting in Iraq has prompted a “double crisis” in the region, with Iraqi refugees compounding the already heavy burden of the Syrian refugee crisis, said Don Alan,* a Christian leader in the region. Half a million Iraqis left Mosul last week when the city fell under attacks by extremist group Islamic State of Iraq and Syria (ISIS), fleeing with their families into Kurdish-ruled northern Iraq and neighboring countries. … END_OF_DOCUMENT_TOKEN_TO_BE_REPLACED 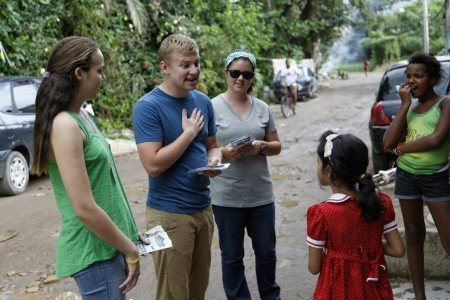 Alan Brant/Baptist Press RIO DE JANEIRO (BP) – There were no flashbulbs or television cameras, only teammates – mostly children half his size and barefoot – who celebrated and mobbed Dane Van Ryckeghem after he assisted in a goal during the game. The frenzy of World Cup soccer had nothing on the jubilant Brazilian neighborhood kids playing with visitors from the United States on a soggy field on the outskirts of Rio de Janeiro. Van Ryckeghem, a student at the University of Alabama in … END_OF_DOCUMENT_TOKEN_TO_BE_REPLACED 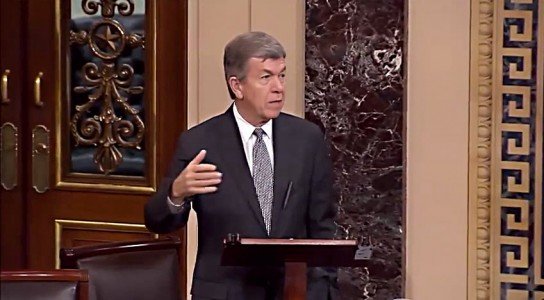 Sen. Roy Blunt (R., Mo.) on the Senate floor Wednesday urged the U.S. to protect the rights of religious minorities throughout the world. Blunt specifically called for the release of Meriam Ibrahim and Pastor Saeed Abedini, who are both jailed for their religious beliefs. Speaking about Ibrahim, Blunt stated, “I think asylum in the United States for her U.S. citizen husband, children, and her would be an appropriate thing. And the danger they feel they face by someone who’s willing to … END_OF_DOCUMENT_TOKEN_TO_BE_REPLACED 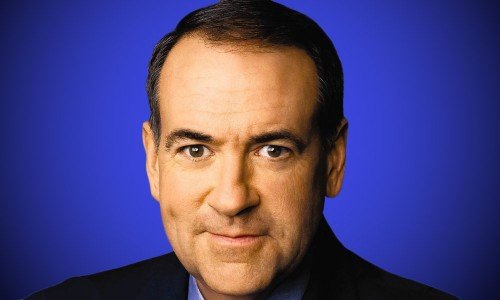 Former Arkansas Gov. Mike Huckabee has traveled to Israel and his first stop was to visit with the family of one of the three Israeli teenagers abducted nearly two weeks ago by Hamas terrorists. The teens, one an American citizen, were kidnapped as they walked home from their religious high school on Israel’s West Bank. Huckabee, a former president of the Arkansas Baptist Convention and now a Fox News Channel personality, is pondering a run for president in 2016 and is known for his strong … END_OF_DOCUMENT_TOKEN_TO_BE_REPLACED 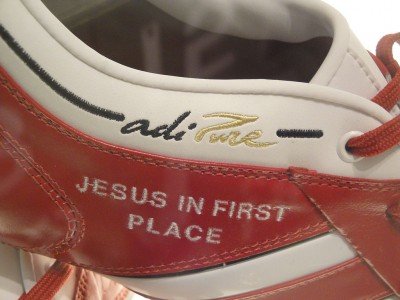 Andrew Branch/World News Service (WNS) – As his native Brazil hosts the month-long World Cup tournament, soccer star Ricardo Izecson dos Santos Leite wants you to know that he is a Christian. Ricardo, better known only as Kaká, is a 32-year-old Brazilian who plays for AC Milan in Italy. Though left off this year’s World Cup team, Kaká has played in the last three World Cups for Brazil, winning it in 2002. He grew in popularity and won FIFA’s highest honor, the Ballon d’Or, in 2007. “I … END_OF_DOCUMENT_TOKEN_TO_BE_REPLACED

Mark Kelly/Baptist Press NASHVILLE (BP) – Southern Baptist World Hunger Fund (WHF) national partners will launch a new initiative during the June 10-11 Southern Baptist Convention (SBC) annual meeting that will continue the SBC’s unique “dollar in, dollar out” approach in the battle against hunger across North America and overseas. Global Hunger Relief (GHR)will maintain continuity with the purposes and focus of the World Hunger Fund while presenting the cause of hunger relief to a new … END_OF_DOCUMENT_TOKEN_TO_BE_REPLACED 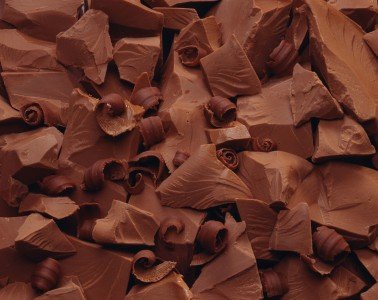 KUALA LUMPUR, Malaysia – A Muslim group is calling for a boycott of Cadbury after two types of chocolate produced by the company were found to have traces of pork DNA. Pork products are not “halal,” or permissible under Islamic law. “This will teach all companies in Malaysia to maintain and protect the sensitivities of Malaysians,” Sheik Abdul Kareem Khadaied, the head of research with the Muslim Consumers Association Malaysia, told a press conference. “This is an issue that cuts across … END_OF_DOCUMENT_TOKEN_TO_BE_REPLACED