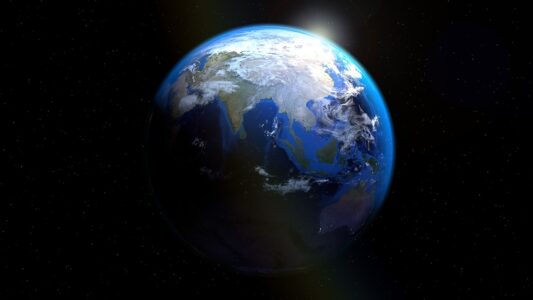 WASHINGTON (BP) – Christian convert Muhammad Kace, serving a 10-year prison term in Indonesia for blasphemy, was convicted of insulting the Prophet Muhammad in hundreds of YouTube videos after his conversion in 2014. Kace is among at least 67 Christians and others arrested in 2020 under Indonesia’s blasphemy laws in prosecutions that have increased dramatically since Indonesia’s transition to democracy in 1998. Indonesia is among seven Association of Southeast Asian Nations (ASEAN) … END_OF_DOCUMENT_TOKEN_TO_BE_REPLACED 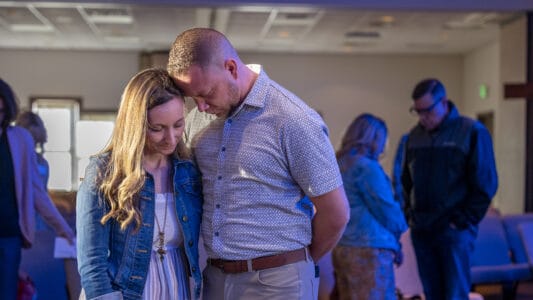 BEAVERDAM, Va. – After a mission trip to Honduras, Shelton Johnson sensed God calling him overseas. “The Lord just opened my eyes to the need to go,” he said. But, he had a wife and two kids. He wanted to be sure his family was sensing the call as well. Listening to the Lord’s leading in his family’s life, he waited for Him to call each member of his family, individually. It started with his 11-year-old daughter, Addyson. She came downstairs one morning after reading Genesis. She said, … END_OF_DOCUMENT_TOKEN_TO_BE_REPLACED 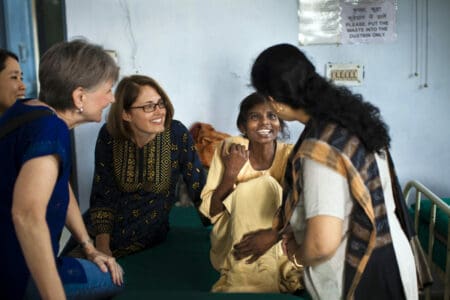 The pipeline’s growing, but so is the need Four years ago, 300 candidates waited in IMB’s missionary pipeline, considering a call to the nations. That pipeline just surpassed the 1,100 mark, the highest in decades. This means that more than 1,100 individuals have started a process to help solve the world’s greatest problem – lostness – by becoming a missionary with the IMB. When IMB President Paul Chitwood came into his role four years ago, he knew something needed to change. Due to … END_OF_DOCUMENT_TOKEN_TO_BE_REPLACED 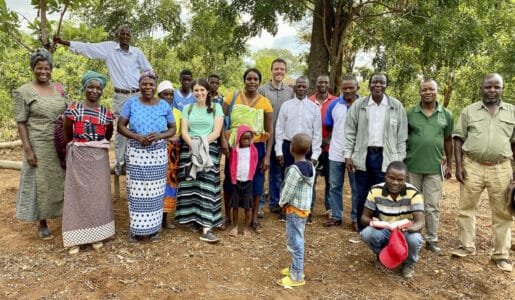 MOZAMBIQUE (IMB) – Last year there were few-to-no followers of Christ among the Manyika of Mozambique. This past July, a group of four bowed their heads and prayed to receive Jesus as their Savior. Their eyes shone bright with hope. Their smiles unending because their eternity was forever changed. They joined seven others living in this remote interior strip of Mozambique to make this decision in the last few months. International Mission Board missionaries Ryan and Aubrey Curry rejoiced … END_OF_DOCUMENT_TOKEN_TO_BE_REPLACED 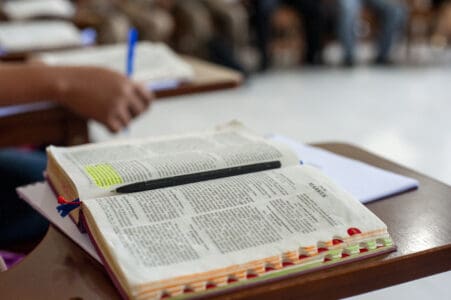 By Kathryn Lim For Reza and his family, gospel transformation began in a prison courtyard. From a predominately Muslim country in Southeast Asia, Reza grew up in a Christian family, He converted to Islam when he married his wife, a Muslim. He also began using and selling drugs. Eventually, Reza’s lifestyle caught up with him and he was arrested. While in prison, he’d often overhear the weekly Christian worship services at the prison chapel, but he never attended. One day, he sat down by … END_OF_DOCUMENT_TOKEN_TO_BE_REPLACED 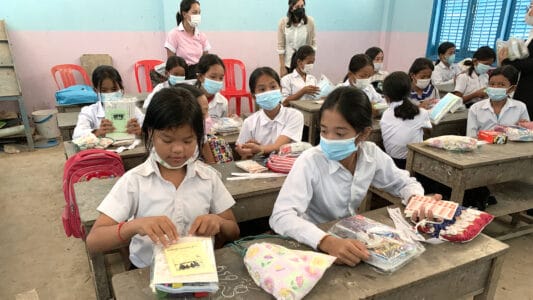 SOUTHEAST ASIA (IMB) – Part of International Mission Board missionary and nurse practitioner Rachel’s ministry in a rural area of Southeast Asia is educating elementary school girls on their health. These girls are often forced by their families to drop out of school by the sixth grade in order to help provide income. She and her IMB colleague Anna, missionary and public health specialist, know they only get to interact with these girls for a short time before they enter the workforce at … END_OF_DOCUMENT_TOKEN_TO_BE_REPLACED

PERU (IMB) – A mission trip for a team of women was an all-hands-on deck, transformational experience. Six women from Iglesia Bautista Nueve Jerusalem in Little Rock, Arkansas and the Arkansas Hispanic Woman’s Missionary Union, traveled to Peru to aid in the ministry of Iglesia Bautista Gracia y Verdad, alongside International Mission Board missionary Amy Fisher. Diana Rodriguez, the Arkansas Hispanic WMU president, led the trip. She was accompanied by her daughter, Natalie (14); sisters … END_OF_DOCUMENT_TOKEN_TO_BE_REPLACED 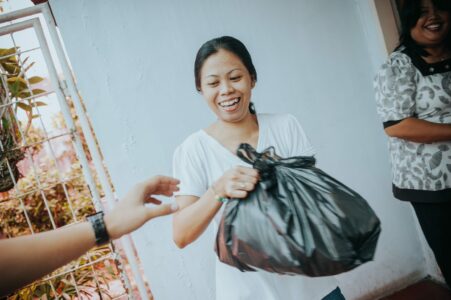 Food for today, hope for tomorrow, Christ for eternity EDITOR'S NOTE: August 28 was Global Hunger Sunday. Global Hunger Relief (GHR) is an initiative of the Southern Baptist Convention dedicated to combating hunger and sharing the Bread of Life. Missions-focused GHR projects are carried out by Send Relief, a joint ministry of the North American Mission Board and International Mission Board. All GHR projects have an intentional spiritual strategy, work with Southern Baptist personnel, … END_OF_DOCUMENT_TOKEN_TO_BE_REPLACED 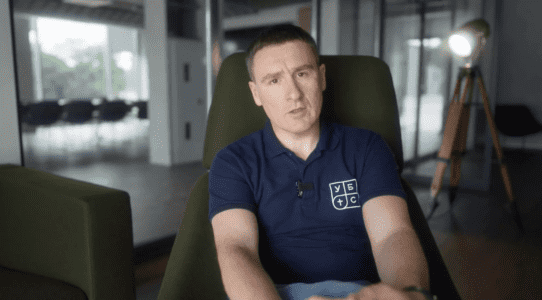 KANSAS CITY – Spurgeon College hosted the Fusion Commitment Ceremony in Midwestern Seminary’s chapel on July 29, welcoming back nine missionary teams from three months of overseas service. “These Fusion students made a real, eternal impact this summer,” said Midwestern Seminary President Jason Allen. “Serving in some of the most difficult and spiritually dark places on planet Earth, they faithfully represented our Lord Jesus Christ, and faithfully presented his gospel message to … END_OF_DOCUMENT_TOKEN_TO_BE_REPLACED 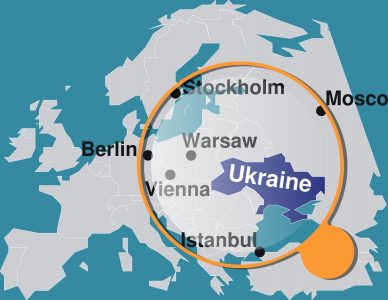 ODESSA, Ukraine (BP) – Despite its broadcasting team being split among Iasi, Romania, and Odessa, Ukraine, New Life Radio continues its ministry of sharing the Gospel in the Russian language amid myriad challenges. New Life Radio is Russia’s first ever Christian FM radio station and has been broadcasting since the 1990s. Content of the broadcasts includes biblically focused music, Scriptural content and expository preaching. The station quickly expanded to broadcast in several surrounding … END_OF_DOCUMENT_TOKEN_TO_BE_REPLACED 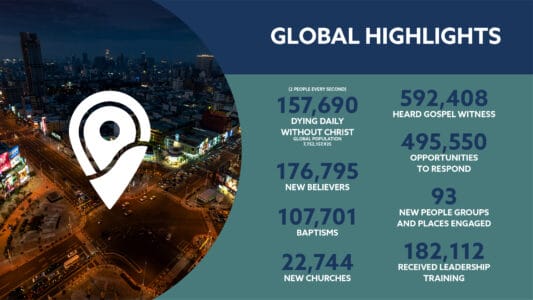 The International Mission Board stands in stark contrast to current trends in global missions. A recent Christian Post article cited only 3% of mission work goes to reach the unreached, while in 2021, the IMB sought to focus 81.2% of missionary team efforts among unreached people groups (UPG). Additionally, 90.8% of all IMB teams were focused on at least one UPG, Wilson Geisler the IMB’s director of global research shared. “We often read articles and hear discussions about what is … END_OF_DOCUMENT_TOKEN_TO_BE_REPLACED