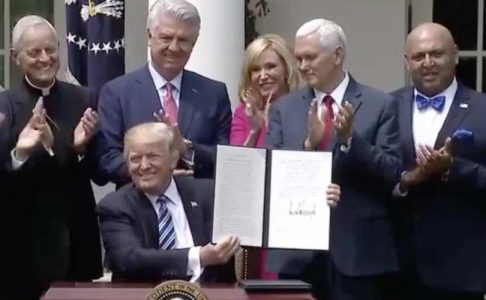 WASHINGTON (BP) – The Trump administration delivered a major victory for freedom of conscience Oct. 6 by issuing new rules to protect objectors to the abortion/contraception mandate instituted under President Obama. One of the two companion rules announced today exempts entities from the requirement based on their religious beliefs, while the other regulation protects organizations and small businesses on the basis of a moral conviction apart from a specific religious belief. The win for … END_OF_DOCUMENT_TOKEN_TO_BE_REPLACED 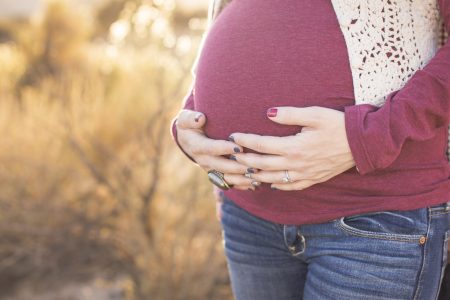 WASHINGTON (BP) -- The U.S. House of Representatives continued its efforts to protect unborn children Tuesday (Oct. 3), passing a ban on the lethal procedure in the last half of pregnancy. The House voted 237-189 – with only three Democrats in support – for the Pain-capable Unborn Child Protection Act, H.R. 36. The legislation would prohibit abortions on babies 20 weeks or more after fertilization based on scientific evidence that a child in the womb experiences pain by that point in … END_OF_DOCUMENT_TOKEN_TO_BE_REPLACED 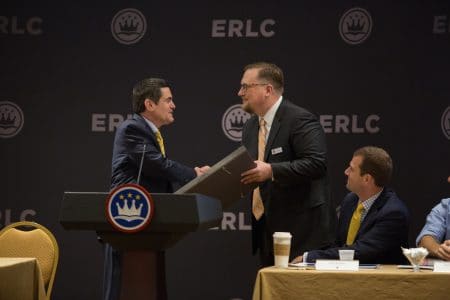 NASHVILLE (BP) – Southern Baptist Ethics & Religious Liberty Commission President Russell Moore presented a resolution of appreciation to Missourian Jonathan Whitehead, an at-large trustee with the ERLC, during their annual board meeting here, Aug. 23-24. The resolution approved by the ERLC’s executive committee commended Whitehead for his work on behalf of Trinity Lutheran Church in Columbia, Mo. The church won an important religious freedom case at the U.S. Supreme Court in June, and … END_OF_DOCUMENT_TOKEN_TO_BE_REPLACED 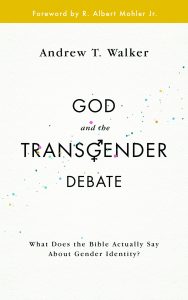 NASHVILLE (BP) – The transgender debate isn't really about a debate but about people, a Southern Baptist ethicist says in his new book on the controversial issue. The debate is about "precious people made in the image of God who are hurting, who are confused, who are angry, who are scared, who may have been told by their family that they are unwelcome," Andrew Walker writes in "God and the Transgender Debate." "It's about some people who are delighted with how culture has shifted when … END_OF_DOCUMENT_TOKEN_TO_BE_REPLACED 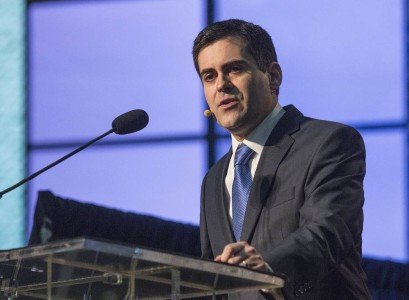 PHOENIX (BP) – Protection of human life and preparation of parents have been among the Ethics & Religious Liberty Commission's priorities during the last year, Russell Moore told messengers to the Southern Baptist Convention June 14. In his annual report to the convention, Moore, the ERLC's president, said the entity's efforts during the past year have included: Defending life primarily by seeking federal defunding of Planned Parenthood, the scandal-ridden, leading abortion … END_OF_DOCUMENT_TOKEN_TO_BE_REPLACED 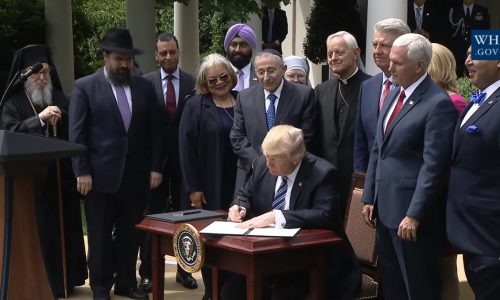 WASHINGTON (BP) – Religious liberty advocates commended President Trump's new executive order to protect faith beliefs and practice, but some said it fell short of what is needed. Trump's order – issued May 4 on National Day of Prayer in a ceremony at the White House Rose Garden – says: The administration's policy will be to enforce vigorously the "robust protections for religious freedom" in federal law. The Department of Treasury, which includes the Internal Revenue Service, … END_OF_DOCUMENT_TOKEN_TO_BE_REPLACED 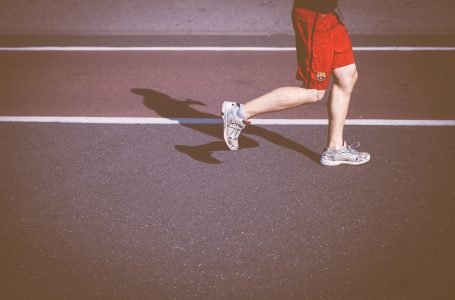 PHOENIX (BP) – Messengers and other participants in the Southern Baptist Convention's June meeting will be able to run to help feed the hungry. A coalition of Southern Baptist organizations is sponsoring the Global Hunger Relief Run June 14, the second day of this year's convention meeting in Phoenix. All registration fees for the event – which includes a 5K race and a one-mile, family oriented fun run – will be used to feed the hungry in the United States and throughout the … END_OF_DOCUMENT_TOKEN_TO_BE_REPLACED 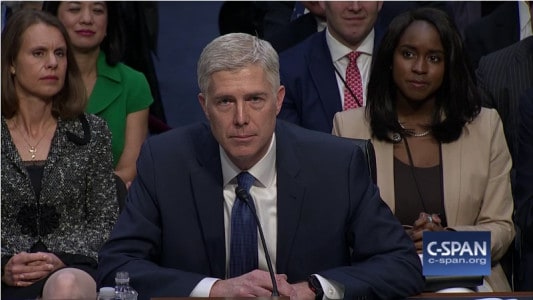 WASHINGTON (BP) –Neil Gorsuch defended his judicial independence and refused to express his opinion on U.S. Supreme Court decisions – including Roe v. Wade – during the hearings on his nomination to serve as a justice. He also When asked about judicial independence March 21 by committee chairman Charles Grassley of Iowa, Gorsuch said, “I have no difficulty ruling for or against any party” in a case. Later, he told Democratic Sen. Patrick Leahy of Vermont, “I will apply the law faithfully … END_OF_DOCUMENT_TOKEN_TO_BE_REPLACED 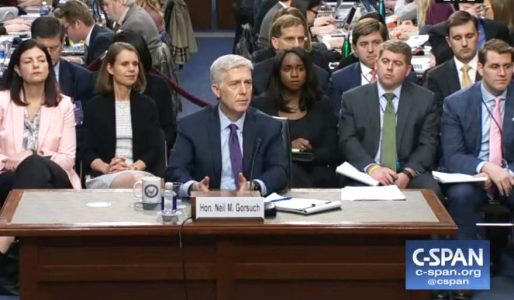 WASHINGTON (BP) – Proponents and opponents voiced their opinions of U.S. Supreme Court nominee Neil Gorsuch on the final day of his hearing – the same day the Senate’s Democratic leader announced he would try to block a confirmation vote. After three days of appearances before the Senate Judiciary Committee, Gorsuch was followed by witnesses who urged panel members either to vote for or against his confirmation. Among the witnesses were a religious freedom expert who endorsed Gorsuch’s … END_OF_DOCUMENT_TOKEN_TO_BE_REPLACED 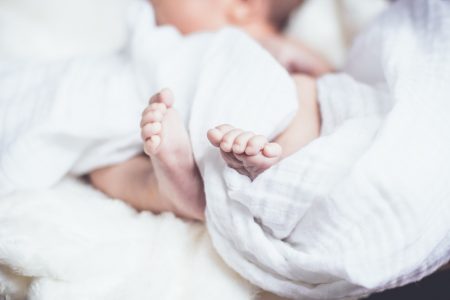 WASHINGTON (BP) – Planned Parenthood’s rejection of a White House offer to maintain federal funding if it drops its abortion business demonstrates how important the lethal procedure is to the organization, Southern Baptist leaders said. The informal proposal and the refusal – reported March 6 by The New York Times – came as Congress and President Trump consider legislation to cut funds for the country’s scandal-plagued, leading abortion provider. Both a budget bill and a new health-care … END_OF_DOCUMENT_TOKEN_TO_BE_REPLACED 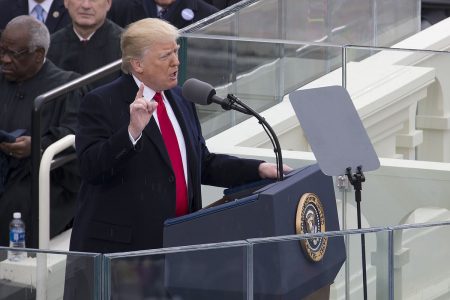 WASHINGTON (BP) – Americans will once again come first in their own country, Donald Trump said Friday (Jan. 20) after being sworn in as the 45th president of the United States. In his 16-minute inaugural speech, Trump told the crowd gathered on the west lawn of the U.S. Capitol and the national mall, “What truly matters is not which party controls the government but whether our government is controlled by the people. January 20, 2017, will be known as the day the people became the rulers … END_OF_DOCUMENT_TOKEN_TO_BE_REPLACED 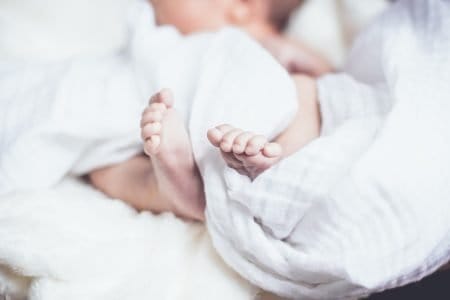 WASHINGTON (BP) -- The Southern Baptist Convention's ethics entity has called on President Trump and Congress to act quickly in the new year to protect unborn children. The Ethics & Religious Liberty Commission recommended six pro-life priorities to the new administration and legislators in a Dec. 20 post at the entity's website. The items offered by Russell Moore, the ERLC's president, and Travis Wussow, the recently named vice president for public policy, included: Making the Hyde … END_OF_DOCUMENT_TOKEN_TO_BE_REPLACED