JEFFERSON CITY – U.S. Department of Housing and Urban Development Secretary Dr. Ben Carson and Billy Russell, pastor, First Baptist Church, Bolivar, will be the featured speakers at the Governor’s Prayer Breakfast Jan. 10, 7 a.m., at the Capitol Plaza Hotel. Carson, a neurosurgeon and former presidential candidate, was appointed to his position in 2017 by President Donald Trump. Russell also preached at the inauguration of Gov. Mike Parson earlier this year. Parson and his wife, Theresa, … END_OF_DOCUMENT_TOKEN_TO_BE_REPLACED 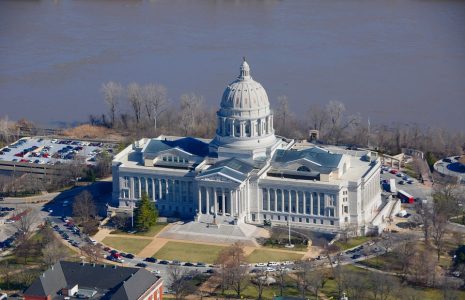 JEFFERSON CITY – Lawmakers and citizens will gather for what has become a Jefferson City tradition when Concord Baptist Church, in conjunction with the Missouri Baptist Convention’s (MBC) Christian Life Commission, hosts the 14th annual Prayer Service for Missouri Government Leaders, Jan. 9 at 9 a.m. The event always marks the first day of each new session of the General Assembly. “We will be seeking God’s blessing for Missouri’s legislative, executive and judicial leadership,” said Monte … END_OF_DOCUMENT_TOKEN_TO_BE_REPLACED

NASHVILLE, Tenn. (BGR) – Baptist Global Response (BGR) is celebrating #GivingTuesday 2018 with a water filter campaign and a goal to provide 600 families around the world with clean, drinkable water. #GivingTuesday is a globally recognized day for charitable organizations that falls after Black Friday and Cyber Monday. This year, it will take place on Tuesday, November 27. BGR’s 2018 campaign follows an enormously successful 2017 #Giving Tuesday, during which donors surpassed the goal … END_OF_DOCUMENT_TOKEN_TO_BE_REPLACED 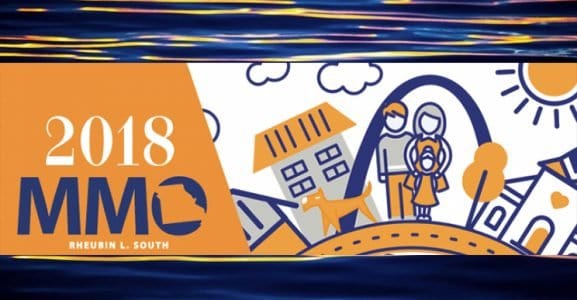 At a near record-setting pace, Missouri Baptists are giving generously to missions projects in the Show Me State. On Nov. 19, giving to the Rheubin L. South Missouri Missions Offering surpassed the 2018 goal of $710,000 and is on pace to exceed last year’s extraordinary total of nearly $760,000 – the highest amount given since 2001. At the close of business Nov. 19, MMO giving totaled $719,576. “We are so grateful to the 800 Missouri Baptist churches that are giving sacrificially to … END_OF_DOCUMENT_TOKEN_TO_BE_REPLACED 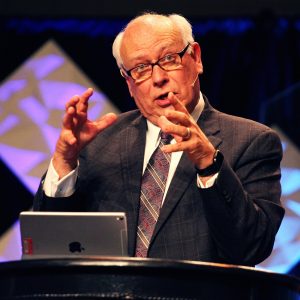 SPRINGFIELD – Executive Director John Yeats challenged Missouri Baptists to stand firm on the solid ground of the gospel in a message concluding the first day of the MBC Annual Meeting, Oct 22. Building on the meeting’s theme of “Steady,” taken from Exodus 17:8-16, Yeats reminded messengers that Aaron and Hur, who held up Moses’ hands during a fierce battle, required solid ground to carry out their task. In a similar way, followers of Jesus must stand on the solid rock of Jesus and His … END_OF_DOCUMENT_TOKEN_TO_BE_REPLACED 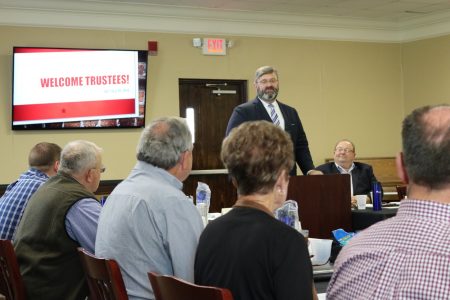 HANNIBAL — Hannibal-LaGrange University’s Board of Trustees visited campus for their annual fall meeting Thursday and Friday, October 18 and 19. While on campus, the board heard reports on the activities of the University over the last year. It was reported that 254 graduates were presented diplomas in May, 40 students are traveling to Israel over Christmas break with a scholarship from Passages Israel, HLGU received a military friendly award, the athletic department has joined the … END_OF_DOCUMENT_TOKEN_TO_BE_REPLACED 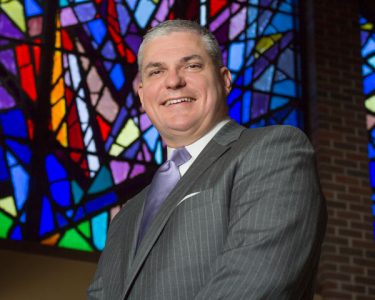 BOLIVAR — Southwest Baptist University President Eric A. Turner told the University’s Board of Trustees during its meeting Tuesday, Oct. 16, to expect a finalized strategic plan by the October 2019 board meeting. “Our timeline is ambitious,” Turner said. “But our planning team is ready to get to work. To broadly represent the University, we expanded the planning team to include representation from a cross-section of SBU constituencies. Rather than prescribing a plan and course of action, I … END_OF_DOCUMENT_TOKEN_TO_BE_REPLACED 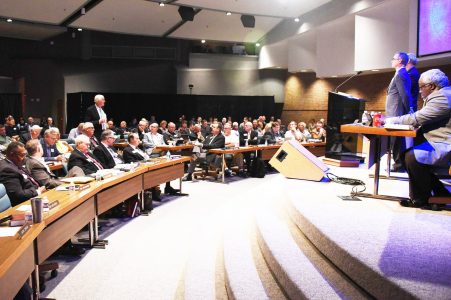 NASHVILLE (BP) – An initiative by Southern Baptist Convention President J.D. Greear to address sexual abuse in the church will be funded by the first $250,000 in Cooperative Program overage for 2017-2018, by a vote of the SBC Executive Committee. Other highlights of the Executive Committee’s Sept. 17-18 meeting in Nashville included a report from the EC presidential search committee and a report on Southern Baptist Disaster Relief following Hurricane Florence. Two retiring leaders of … END_OF_DOCUMENT_TOKEN_TO_BE_REPLACED 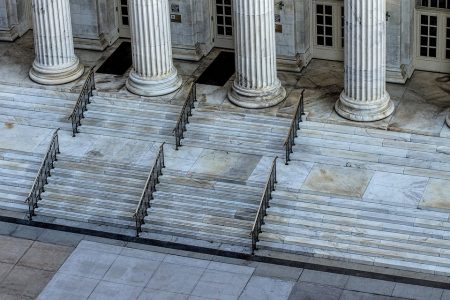 KANSAS CITY – The Baptist Home and Missouri Baptist University (MBU) attorneys asked the Kansas City Court of Appeals on Sept. 13 to reverse a trial judge’s 86-page judgment that restored both entities to their former legal relationship to the Missouri Baptist Convention (MBC). The Home and MBU are the last two of the five MBC entities that changed their charters in 2000-2001 to become “self-perpetuating boards,” breaking away from MBC oversight and accountability, and the right of MBC to … END_OF_DOCUMENT_TOKEN_TO_BE_REPLACED 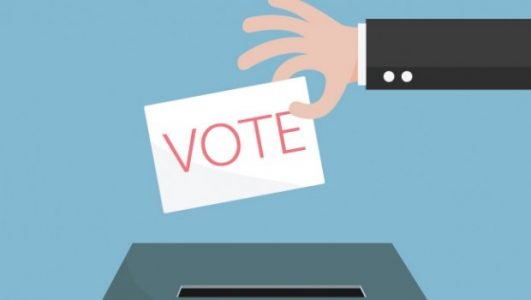 JEFFERSON CITY – The Missouri Baptist Convention’s Christian Life Commission has prepared a voter registration packet for churches. The packets include instructions and materials that will be needed to conduct a voter registration drive on site. Churches are urged to hold the drives on the weekends of Sept. 30 and Oct. 7. Citizens must be registered to vote (or change their address if they have moved since the last time they voted) by Oct. 10 in order to vote in the Nov. 6 general … END_OF_DOCUMENT_TOKEN_TO_BE_REPLACED

JEFFERSON CITY – The Rheubin L. South Missouri Missions Offering supports 18 ministries in Missouri. This year’s theme is taken from 1 Chronicles 29:14b: “Everything comes from You, and we have given You only what comes from Your hand.” Following are two short stories of how the gifts of Missouri Baptists support missions projects throughout the Show Me State. Sweet Potatoes and Mission Partners Turkey, stuffing, sweet potatoes, and cranberries loaded the tables in the church gymnasium. … END_OF_DOCUMENT_TOKEN_TO_BE_REPLACED 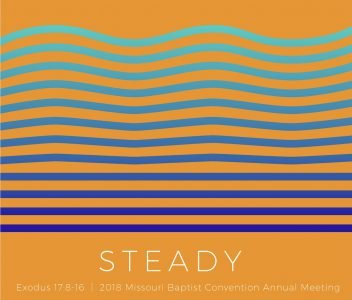 SPRINGFIELD – Messengers to the Missouri Baptist Convention’s annual meeting at Crossway Baptist Church here, Oct. 22-23, may now submit their motions in advance, although they must still be present to make the motion on the convention floor. If messengers have a motion, they can pre-file that motion with the MBC’s recording secretary via email at recordingsecretary@mobaptist.org. However, the messenger must appear at a microphone during the time for introduction of miscellaneous business, … END_OF_DOCUMENT_TOKEN_TO_BE_REPLACED