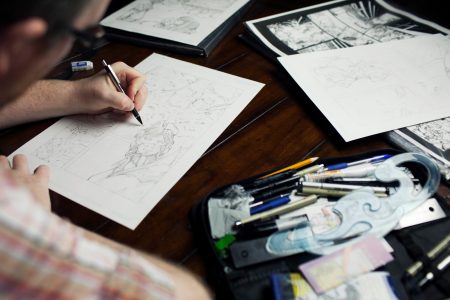 LOUISVILLE, Ky. (BP) – Late at night in his kitchen – or whenever the father of four can spare a moment between fulltime employment and doctoral studies – Chad Nuss is sketching, weaving his epic worldview adventure “The Silence.” He launched the first issue in June 2016 after a successful Kickstarter campaign to raise funds for publishing and distribution. Set in the fictional Prolegomenon System – consisting of 12 planets that each manifest specific worldviews like existentialism, … END_OF_DOCUMENT_TOKEN_TO_BE_REPLACED 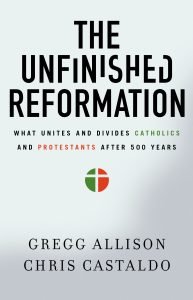 LOUISVILLE, Ky. (BP) – With the approaching 500th anniversary of the Protestant Reformation, the need for clarity on the commonalities and differences between Catholics and Protestants grows ever more urgent, according to the authors of “The Unfinished Reformation.” Gregg R. Allison, professor of Christian theology at Southern Baptist Theological Seminary, and Chris Castaldo, lead pastor of New Covenant Church, Naperville, Ill., provide a thorough and careful examination of the issues at … END_OF_DOCUMENT_TOKEN_TO_BE_REPLACED

LOUISVILLE (SBTS) – Matt Bevin’s landslide victory in Kentucky’s Nov. 3 gubernatorial election is “good news” for the state because of his strong Christian values, said R. Albert Mohler Jr., president of The Southern Baptist Theological Seminary, in response to the surprise electoral results. “It’s good news for Kentucky that someone with Matt Bevin’s values has been elected convincingly,” Mohler said. “Matt Bevin is a man of character; he is a Christian who loves the gospel of Jesus … END_OF_DOCUMENT_TOKEN_TO_BE_REPLACED

LOUISVILLE, Ky. (SBTS) — In the span of three months in the summer of 2015, three headlines marked historic events that generations of Americans past could never have imagined. First it was former “world’s greatest athlete” Bruce Jenner debuting his gender transition on the cover of Vanity Fair. Next the Supreme Court legalized same-sex marriage in all 50 states. Within a few weeks Americans witnessed the horrors of abortion in a series of undercover videos purporting to show Planned … END_OF_DOCUMENT_TOKEN_TO_BE_REPLACED 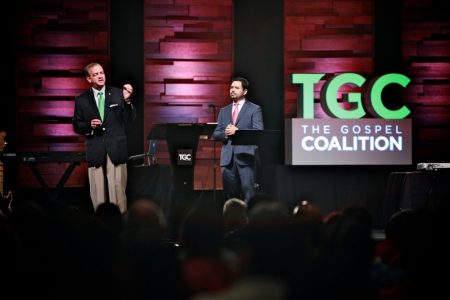 ORLANDO, Fla. (BP) – Calling, covenant, courage, conviction, and character are the marks of Christian leadership in the 21st century, said R. Albert Mohler Jr., president of The Southern Baptist Theological Seminary, in an April 13 message at the first ever Spanish pre-conference for The Gospel Coalition National Conference in Orlando. “As we follow the storyline of Scripture, we see that God's people, whenever and wherever they are found, are characterized and often identified by their … END_OF_DOCUMENT_TOKEN_TO_BE_REPLACED