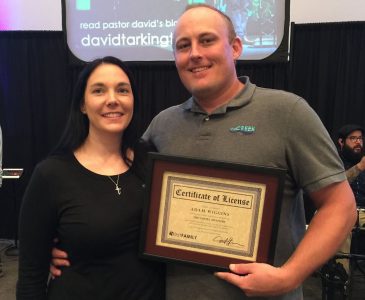 MIDDLEBURG, Fla. (BP) -- It's not the conventional road to the pastorate. "I wouldn't wish [my] story on anyone, but I wouldn't change anything about it, either," said Adam Wiggins, campus pastor of The Creek, a new campus of First Baptist Church of Orange Park, Fla., which is just outside of Jacksonville. Wiggins' path to the pulpit has been complicated, but it has ultimately landed him on staff with FBC Orange Park leading the church's newest effort to minister to an unreached … END_OF_DOCUMENT_TOKEN_TO_BE_REPLACED