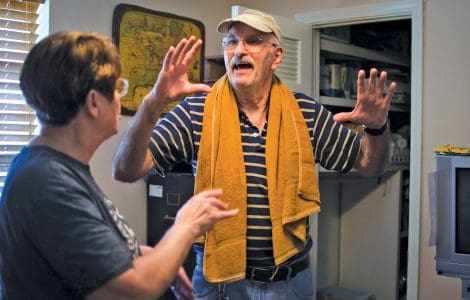 EAST BATON ROUGE, La. (BP) – Mary Cupit, 81, awoke to banging on her bedroom window during the early hours as Chad Tyrone, a new neighbor, knocked frantically to warn of encroaching floodwater. By the time Mary roused her caregiver – her deaf brother Donald Cupit, 73 – he only had time to throw on some clothes and grab his wallet and keys before helping his sister into a waiting car filled with neighbors they barely knew in East Baton Rouge. The drive to safety took them to Tyrone’s … END_OF_DOCUMENT_TOKEN_TO_BE_REPLACED