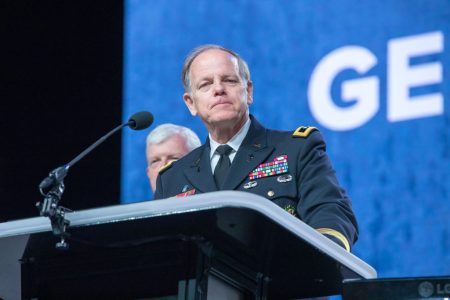 EDITOR’S NOTE: Chaplain (Major General), U.S. Army, Retired, Douglas Carver is executive director of chaplaincy at the North American Mission Board. Carver served as the 22nd Chief of Chaplains of the U.S. Army before retiring from the military and joining NAMB. ALPHARETTA, Ga. (BP) – There is no mystery behind the endurance and the success of American liberty. It is because in every generation, from the Revolutionary period to this very hour, brave Americans have stepped forward and … END_OF_DOCUMENT_TOKEN_TO_BE_REPLACED