As we were wrapping the last article of this issue of The Pathway, a disturbing story appeared that, as editor, I would be remiss in not communicating to our readers. On Feb. 22, responding to a Facebook post, SBU President Eric Turner posted a message on the university’s website announcing that “a newly elected trustee may have mishandled child sexual abuse allegations against one of his staff members in 2005.” Reports quickly surfaced that Turner was referring to Mike Roy, who was … END_OF_DOCUMENT_TOKEN_TO_BE_REPLACED

I love yard work. I never lack amazement at the grandeur of God’s creation – even in my rocky backyard. But amidst the beauty of it all, I do not understand it all. For example, I have yet to discover any value in poison ivy. Once I get a little, it quickly turns into a lot – of misery. The spreading blisters and itching can last for weeks. I’m itching now, just thinking about it. It is the same way with poison envy. I say poison because envy is just that to our lives. Once it gets on us … END_OF_DOCUMENT_TOKEN_TO_BE_REPLACED 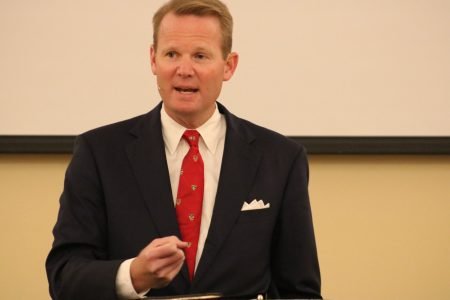 EDITOR’S NOTE: This is the second of a two-part interview with Midwestern Baptist Theological Seminary President Jason Allen. The interview occurred Dec. 9 at The Pathway offices and was conducted by Pathway Editor Don Hinkle. The first part can be found here. Don Hinkle: The presidents of all the SBC seminaries meet on a regular basis. What is your take on where theological education is, in general, collectively, throughout the SBC? Jason Allen: Let me speak within the SBC and beyond the … END_OF_DOCUMENT_TOKEN_TO_BE_REPLACED

From the first day The Pathway began publishing, God has impressed upon us to use it to warn His Church of impending danger. The moral issues facing American society have grown exponentially in recent decades, posing challenges to a biblical worldview.The Pathway strives to provide Missouri Southern Baptists with biblical answers to society’s problems. The Pathway staff sees ourselves as watchmen in the watchtower, as described in Ezekiel 33. We feel called to warn the Church of sin and … END_OF_DOCUMENT_TOKEN_TO_BE_REPLACED 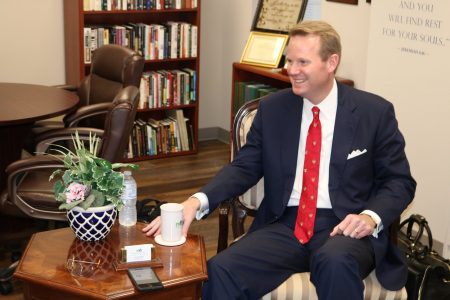 EDITOR’S NOTE: Dr. Jason Allen was elected president of Midwestern Baptist Theological Seminary in Kansas City on Oct. 15, 2012. In this first, of a two-part interview at The Pathway offices Dec. 9 with Editor Don Hinkle, Allen discusses the current state – and future – of the seminary. The second part can be found here. What makes you happy when you look at what God has done at Midwestern under your presidency? That’s a very kind way to frame the question Don. I’m profoundly thankful … END_OF_DOCUMENT_TOKEN_TO_BE_REPLACED

Former NBC News anchor Tom Brokaw does not share the same biblical worldview which I espouse. But I agree with the legendary newsman who is worried about the condition of American journalism. Southern Baptists ought to pay attention. “I think the most extraordinarily powerful tool and the most destructive development in modern life is the current media,” said the author and TV Hall of Famer in a recent interview with Artful Living magazine. He criticized the divisive nature of media and … END_OF_DOCUMENT_TOKEN_TO_BE_REPLACED 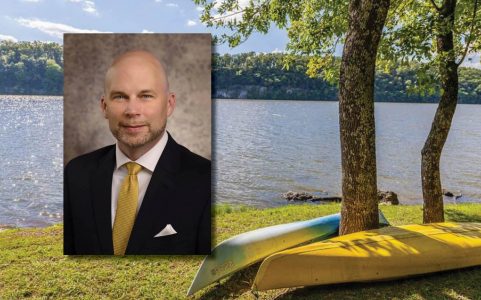 EDITOR’S NOTE: After the Missouri Baptist Foundation’s (MBF) subsidiary Straighway Holdings, Inc. (SHI) purchased Windermere last month (see story, here), MBF and SHI President Neil Franks agree to answered several questions about the purchase. The following is a transcript of the interview. Prior to answering the questions via email, Franks also gave the following statement in writing  to The Pathway: “Our goal was to secure the property of the campground commonly known as Windermere … END_OF_DOCUMENT_TOKEN_TO_BE_REPLACED

God has blessed me in so many ways throughout my life. One of the greatest blessings is that I was born into a strong Christian home, led by two life-long committed parents who loved and nurtured me and my younger brother and sister. For 38 years mom and dad demonstrated to us what it meant to be a committed, loving married couple for life and always pointed us to Jesus. Dad has gone on to Glory (in 1989), and we look forward to being reunited with him some day. Christmas for the Hinkle … END_OF_DOCUMENT_TOKEN_TO_BE_REPLACED

Homosexual advocates in Missouri are attempting to silence Christians or anyone opposed to the controversial lifestyle. City councils in Columbia and Kansas City have passed laws banning therapy and counseling from a biblical, Christian perspective for people wanting to leave homosexuality, also known as “conversion therapy.” The broadly written measure also threatens parental rights as well as one’s right to freedom of speech and religion. The city councils took the action because they … END_OF_DOCUMENT_TOKEN_TO_BE_REPLACED

“But all things must be done properly and in an orderly manner.” 1 Cor. 14:40 One of the remarkable aspects of the “Battle for the Bible” in the Southern Baptist Convention is how conservatives followed the rules in gaining control. There was no cheating, and all business was conducted on the convention floor so messengers could hear the issues debated and vote according to the rules. Presidential candidates were elected in true democratic form and the winner was able to follow the … END_OF_DOCUMENT_TOKEN_TO_BE_REPLACED

I hope you have been blessed by the fine series articles Pathway Associate Editor Ben Hawkins has written commemorating the 40th anniversary of Adrian Rogers’ election to the presidency of the Southern Baptist Convention (SBC). It was Rogers’ election that set in motion events that would lead Southern Baptists to reject the liberal direction of the mainline Protestant denominations and affirm the infallibility, inerrancy and sufficiency of Scripture. The fact that Southern Baptists were … END_OF_DOCUMENT_TOKEN_TO_BE_REPLACED

They are there. Thirteen graves. A number associated in foolish lore as being unlucky. No identity is provided for any of them. Only a small percentage of Missourians know they even exist and virtually nothing is ever written or said about “the 13.” Such indignity is not what you would normally think about anyone buried among such luminaries as Civil War Gen. William Tecumseh Sherman, Pulitzer Prize-winning playwright Tennessee Williams and Dred Scott, the slave who sued for his freedom … END_OF_DOCUMENT_TOKEN_TO_BE_REPLACED