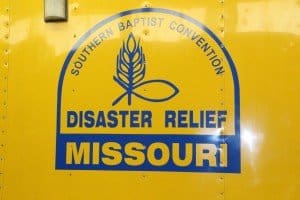 JEFFERSON CITY – Missouri Baptists’ Disaster Relief (DR) response is going to be quicker and deeper according to a new structure for one the most highly visible ministries in the state. Instead of a single “white hat” to manage an entire state – usually the state DR director – there are now eight additional volunteers who can operate as white hats when multiple disasters strike or time and distance make it necessary. “I can’t do it all myself,” said Dwain Carter, the Missouri Baptist … END_OF_DOCUMENT_TOKEN_TO_BE_REPLACED 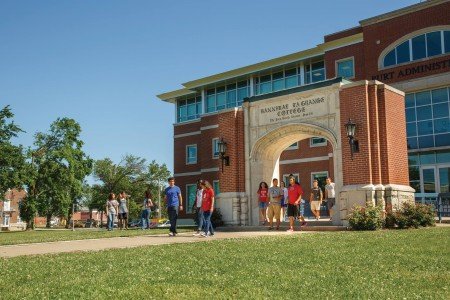 HANNIBAL – Hannibal-LaGrange University (HLGU) trustees voted to change their meeting structure, adopted a revised HLGU mission statement and approved a $21.9 million budget during their meeting March 18-19. The budget for the upcoming fiscal year assumes the same number of residential students as last year (479), but reflects going non-residential student populations and a 4.75 percent tuition increase trustees approved last November. At $21,957,416, It is a 10.3 percent increase from … END_OF_DOCUMENT_TOKEN_TO_BE_REPLACED

OAK GROVE – Four years ago, church planter Brandon Smith was ready to throw in the towel. He knew God had called him and his family to minister to outdoorsmen, but just 10 people at the year-old church was just too discouraging for him take. “It looked like this thing might not survive,” Smith said. “But I see it now as God’s timing.” Fortunately, a faithful group of 10 is more than enough for God to build a church. Paradise Outfitters, a Missouri Baptist Convention congregation that … END_OF_DOCUMENT_TOKEN_TO_BE_REPLACED

ST. LOUIS – It’s a far cry from the Missouri Baptist Children’s Home (MBCH) original mission as an orphanage, but a new ministry is aimed at helping women – and sometimes girls as young as 11 – walk away from lives of prostitution. “Until now, there have been no shelters in the Midwest for human trafficking victims (The official legal term for the sex trade is ‘human trafficking’),” said Ron Robinson, an MBCH trustee and pastor of First Baptist, Van Buren. “It’s an exciting ministry, but a … END_OF_DOCUMENT_TOKEN_TO_BE_REPLACED

BRIDGETON – Economic outlooks may vary, but 2012 was a strong year according to reports given to trustees at the Missouri Baptist Children’s Home (MBCH) board meeting Jan. 22. “We had a good year,” said Russell Martin, MBCH executive vice president and treasurer. “If I could sing, I would sing the Doxology. Since I can’t sing, I’ll just say ‘praise God!’” Gifts from the Cooperative Program are up slightly ($484,968 vs. $483,333 in 2011) as are individual gifts from Missouri Baptist … END_OF_DOCUMENT_TOKEN_TO_BE_REPLACED

PINE RIDGE, SD – Last-minute Christmas shopping is putting a financial pinch on many now that 2013 has rolled around, but for Cross Timbers Baptist Church, a last-minute Christmas outreach to a congregation in the Pine Ridge Indian Reservation in South Dakota is the gift that keeps on blessing. Terry Gentry, pastor of Cross Timbers Baptist Church, 20 miles south of Warsaw, heard through the grapevine that there was a great need in Pine Ridge for necessities such as warm coats and gloves. … END_OF_DOCUMENT_TOKEN_TO_BE_REPLACED

JEFFERSON CITY – The first of four opportunities this year to become a trained disaster relief (DR) volunteer is fast approaching. Hannibal-LaGrange University will host the training Jan. 25-26 on campus. Missouri Baptists have responded to fires in Colorado, New Mexico, Oklahoma and New Jersey, New York, Mississippi and Louisiana for debris removal, feeding and mud-out in the last six months. There are more than 4,000 trained DR volunteers in the state, but when disaster strikes and … END_OF_DOCUMENT_TOKEN_TO_BE_REPLACED

JEFFERSON CITY – Despite an economy that still sags, Missouri Baptists have been generous in their giving through the Missouri Missions Offering (MMO). To-date, Missouri Baptists have given $628,000. “That’s ahead of last year’s pace, which was $586,000,” said Rob Phillips, MBC director of communications. Being that far ahead of pace bodes well for meeting the offering’s annual goal of $675,000 for the first time since 2000. 2011’s offering finished just $10,000 short of that goal, so … END_OF_DOCUMENT_TOKEN_TO_BE_REPLACED