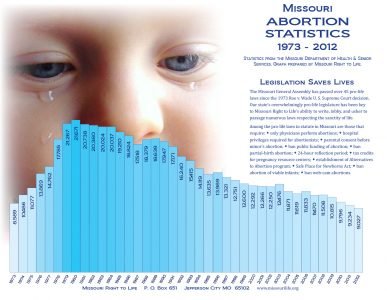 JEFFERSON CITY – This year holds promise for pro-life advocates in Missouri as abortion rates in the state continue to decline. According to the latest report, Missouri’s abortion rate fell to 9,027 in 2012—down from 11,470 in 2007 and from 9,234 in 2011. The steady decline in abortion follows from years of legislative battles in the Missouri General Assembly, resulting in a spate of pro-life bills: In 2010, the assembly passed legislation requiring women who seek an abortion to read a … END_OF_DOCUMENT_TOKEN_TO_BE_REPLACED

PIERCE CITY – Earlier this fall, members from the First Baptist Church here fitted shoes on the feet of 375 children, as well as nearly 50 teachers and staff members, from the Pierce City Elementary School. By partnering with the rural development branch of Convoy of Hope in Springfield, the church was not only able to provide shoes for children in the community, but they also found a renewed sense of purpose. “It has really given the church a mission again,” said Pastor Ryan McMillian, … END_OF_DOCUMENT_TOKEN_TO_BE_REPLACED 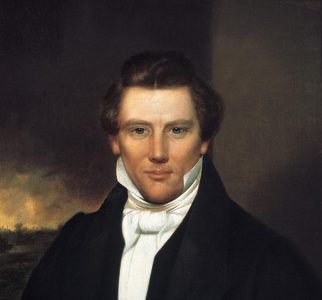 SALT LAKE CITY – Leaders within the Church of Jesus Christ of Latter-day Saints are speaking more openly about Mormonism’s controversial history and teachings. Even as Mitt Romney’s presidential bid drew the national spotlight to Mormonism in 2012, leaders of the nearly 180-year-old religion expressed concern about its future. “We’ve never had a period of – I’ll call it apostasy – like we’re having now,” Marlin Jensen, an official Mormon historian, told a group of Mormon students in … END_OF_DOCUMENT_TOKEN_TO_BE_REPLACED 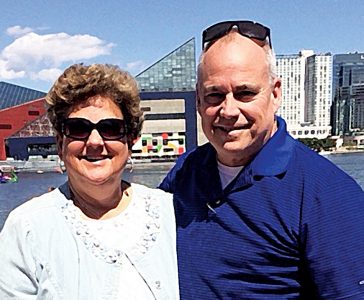 Editor’s note: * denotes name changed. PHNOM PENH, Cambodia – Having sold most of their belongings, a Missouri Baptist couple will venture next year to the epicenter of 21st-century slavery. “There’s not much going – an eight-by-12 foot container, and we probably have a lot of spare room,” said Pete Livingston, who finishes his tenure as executive pastor of Concord Baptist Church, Jefferson City, this December. But Pete and his wife, Debbie, have no regrets. “I thought it would be harder … END_OF_DOCUMENT_TOKEN_TO_BE_REPLACED 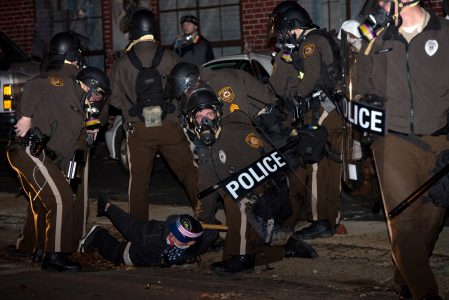 FERGUSON – The shooting of 18-year-old African American Michael Brown by Ferguson police officer Darren Wilson on Aug. 9 ignited racial tensions and weeks of sometimes violent protests in Ferguson, Mo., earlier this fall. But Stoney Shaw, pastor of the local First Baptist Church, never imagined that protestors would wreak so much havoc after a grand jury announced their decision, Nov. 24, not to indict Wilson. “Ferguson,” Shaw said, “can never go back to the way it was.” Although … END_OF_DOCUMENT_TOKEN_TO_BE_REPLACED 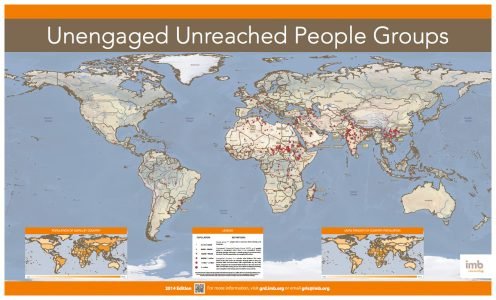 KANSAS CITY – As evangelicals fervently promote missions work among the world’s nearly 6,500 “unreached” people groups, one professor from Midwestern Baptist Theological Seminary urges them to remember also the billions of lost men and women who live among the world’s other people groups. Midwestern Seminary Missions Professor Robin Hadaway called for a “course correction” in the strategy adopted by most modern evangelical mission agencies, including the Southern Baptist Convention’s … END_OF_DOCUMENT_TOKEN_TO_BE_REPLACED 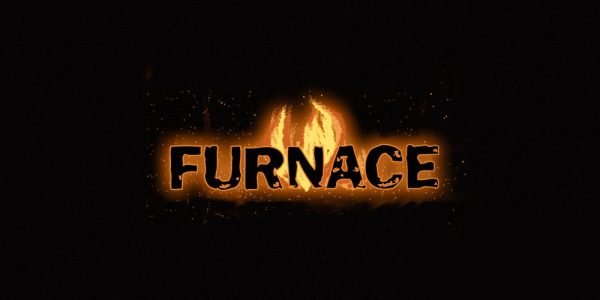 SPRINGFIELD – The Missouri Baptist Convention’s (MBC) 2015 state evangelism and discipleship conference will challenge church leaders to remain faithful to God and to His call despite hardship. Springfield’s Ridgecrest Baptist Church will host the conference, called “Furnace,” Feb. 5-6, 2015. Ridgecrest can hold up to 1,000 people. The conference theme is inspired by the story of Shadrach, Meshach and Abednego in the book of Daniel – a story that International Mission Board (IMB) … END_OF_DOCUMENT_TOKEN_TO_BE_REPLACED 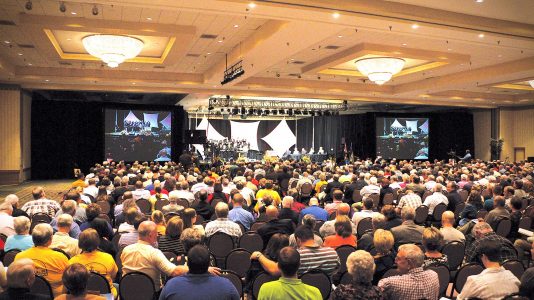 OSAGE BEACH – Reminded that they can do more through cooperative ministry empowered by the Holy Spirit than they could ever do alone, Missouri Baptist Convention (MBC) messengers stood together during their 180th annual meeting here, Oct. 27-29, to defend the biblical view of marriage and oppose the modern-day slavery of sex-trafficking. A total of 937 messengers and 269 guests from 390 churches gathered at Osage Beach’s lakeside Tan-Tar-A Resort, where MBC Executive Director John Yeats … END_OF_DOCUMENT_TOKEN_TO_BE_REPLACED 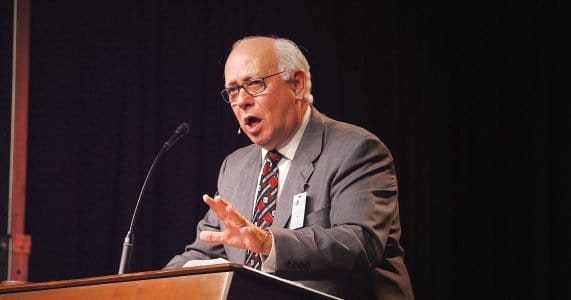 Dr. John Yeats - 2014 MBC Annual Meeting Executive Director's Address. OSAGE BEACH – Missouri Baptists must despair of themselves and pray that God would fill them with His Spirit, Missouri Baptist Convention (MBC) Executive Director John Yeats said during his address at the 2014 annual meeting here at Tan-Tar-A Resort, Oct. 27. “Listen, our Heavenly Father yearns to have His churches comprised of believers who are filled with the Holy Spirit,” Yeats said. “His purpose is to give the Holy … END_OF_DOCUMENT_TOKEN_TO_BE_REPLACED 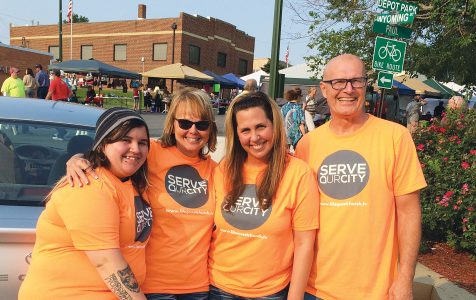 KANSAS CITY – Members of LifeQuest Church here served up some “crazy love” in the Belton and Pleasant Hill communities this summer, leading 22 to faith in Christ and baptizing 16 by mid-August. During “The Summer of Crazy Love,” LifeQuest church members loved the people in their communities by serving them. “The only way that we will ever begin to create a revolution that will change this world is love in action,” Lead Pastor Chris Pinion told his congregation in a sermon that introduced … END_OF_DOCUMENT_TOKEN_TO_BE_REPLACED 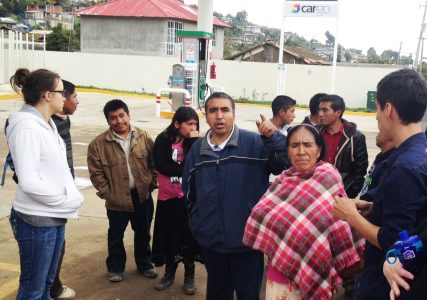 PUEBLA, Mexico – Mexican pastor Javier Gonzalez knows firsthand the reality of Christ’s words from Mark 6:4, “A prophet is not without honor except in his own town.” After training at a Bible institute in Mexico City, Gonzalez felt the Lord calling him to proclaim the gospel in his own hometown in the Sierra Negra (Black Mountains) region of Puebla. However, after he and his wife started sharing the gospel from house to house, they were resisted by Catholic priests in the area. This … END_OF_DOCUMENT_TOKEN_TO_BE_REPLACED

PUEBLA, Mexico – Lifepoint Church of O’Fallon entered an official partnership with churches here when a mission team of eight from the church traveled to the region, Aug. 22 – 27, with financial backing from the Missouri Baptist Convention’s (MBC) Vivian McCaughan Missional Living Endowment Fund. Established in 2010 to support MBC partnership missions efforts, as well as other ministries, the McCaughan Fund now has helped to inscribe partnership missions into Lifepoint’s DNA. During their … END_OF_DOCUMENT_TOKEN_TO_BE_REPLACED