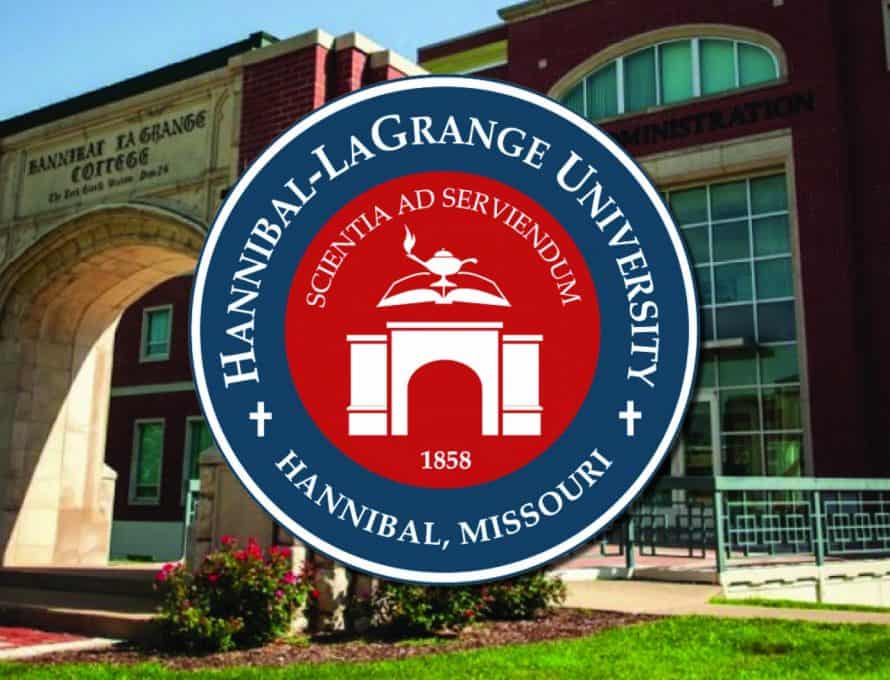 Matz added, “It’s not so much of me being the president, but what God has done.”

“In early January, 2022, a consultant said with the school’s $4.2 million deficit, he suggested the school do the honorable thing and close. In visiting with the trustees shortly after that, they said, ‘We are not closing. God is not done with HLGU.’

Matz shared about the many times HLGU was basically told they were “dead.”

“But God,” Matz said repeatedly – alluding to Eph. 2:4-5. He shared how the Lord had kept the college (later university) open against incredible odds. These included at least three wars; a recession; a depression; moving facilities to Hannibal and later to St. Louis; and the fire of the main administration building which claimed the dining hall, some classrooms and administration offices.

“But for God, Hannibal-LaGrange has no future. We see, again and again, God has his hand on Hannibal-LaGrange University. I’ve learned when you see God at work, that’s where you jump in. I willingly accepted the presidency because I believe this is where God is active and working,” Matz said.

The university, through sacrificial giving, expense cutting and other measures, has greatly trimmed much of the debt.

Matz outlined five core values of HLGU: having a biblical worldview, educational relevance, a community mindset, transformational leadership and a generational impact. He also shared a final word, encouraging everyone in attendance to support HLGU.

“I want to encourage you that when you give, you are taking an action that works to transform lives and communities through relevant education anchored in a biblical worldview,” he said. “As you give, you have my commitment to you that we will steward your gift well to provide scholarships to our students and to equip the next generation with the relevant education they need to transform lives and communities.”

The annual event, known in the past as the Booster Banquet, was renamed Booster Gala, and held in the Roland Fine Arts Center, instead of the school gymnasium. It included an informal appetizer meal instead of a sit-down dinner. It also was coupled with the campus homecoming events.

“Our first Booster Gala was a wonderful success,” said Lauren Youse, Director of Alumni Services and Development (Read more here). “It had a very festive atmosphere and great food. It is a great addition to our Homecoming weekend. I was so pleased to see and visit with so many HLGU alumni and friends. It really felt like a reunion.”

Dr. Vinita Henry, on the ophtalmology department at the University of Missouri, St. Louis, and current HLGU trustee, didn’t attend HLGU, but her three daughters and one son-in-law did. She shared about the core values her children learned at HLGU and why she supports and prays for the university.

“If a student comes to HLGU, they will get a quality education,” Henry said. “Students will leave HLGU with their biblical worldview strengthened, and HLGU will foster Christian service and leadership. I’ve seen this in my own children and many other graduates from HLGU. Hannibal-LaGrange University creates students who impact others with the love of Jesus.”

Matz became the 18th president of the university, Oct. 14, less than a month before the Gala and after serving over a year as HLGU Vice-President for Academic Administration.

At the Gala, the HLGU Concert Choir sang, and alumni awards were presented to Brett and Mindy Stinson Akright as Distinguished Alumnae; Josh Pierce as Outstanding Young Alumnus; and Jim and Linda Parker Youse were presented an Outstanding Service Award.