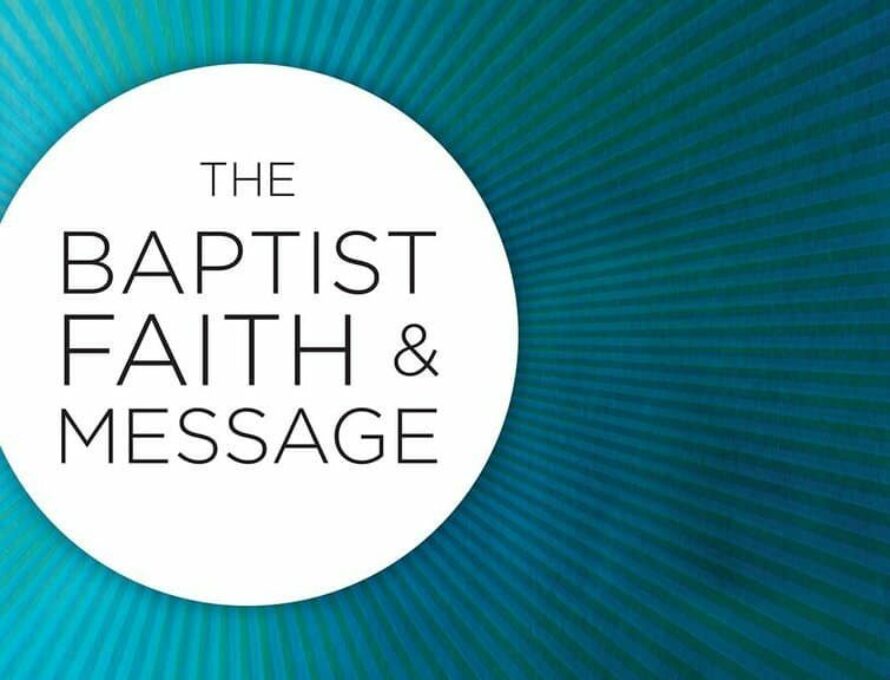 Following is another in a series of columns on the Baptist Faith & Message 2000.

“Sanctification is the experience, beginning in regeneration, by which the believer is set apart to God’s purposes, and is enabled to progress toward moral and spiritual maturity through the presence and power of the Holy Spirit dwelling in him. Growth in grace should continue throughout the regenerate person’s life.”

Sanctification is the work of God making Christians more like Jesus. As Millard Erickson puts it:

“Sanctification is a process by which one’s moral condition is brought into conformity with one’s legal status before God. It is a continuation of what was begun in regeneration, when a newness of life was conferred upon and instilled within the believer. In particular, sanctification is the Holy Spirit’s applying to the life of the believer the work done by Jesus Christ.”

Sanctification may be understood in two ways. First, there is positional sanctification, the state of being separate, set apart from the common, and dedicated to a higher purpose. 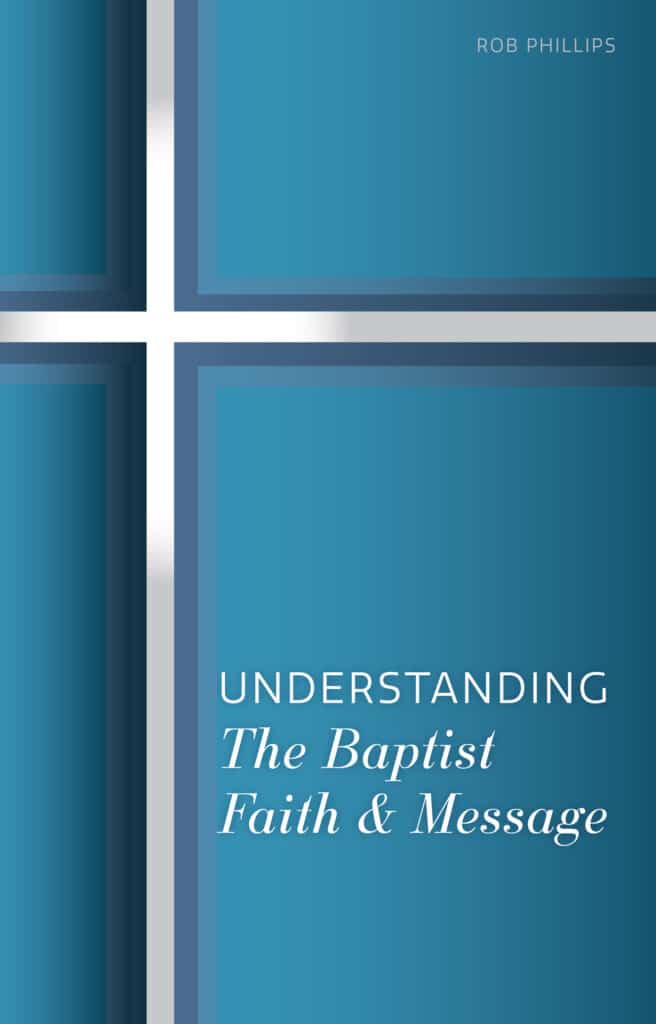 JEFFERSON CITY – Rob Phillips, director of ministry support and apologetics at the Missouri Baptist Convention (MBC), has published a book explaining the “Baptist Faith & Message 2000” through the MBC’s High Street Press. The book is available on amazon.com.

The Hebrew word qados literally means “separate” and is used to designate particular places (like the Holy of Holies), objects (such as Aaron’s garments and the Sabbath Day), and persons (especially priests and Levites).

Positional sanctification finds its place in the New Testament as a work of God occurring at the beginning of conversion. John Frame, who prefers the term definitive sanctification, calls this “a once-for-all event … that transfers us from the sphere of sin to the sphere of God’s holiness, from the kingdom of Satan to the kingdom of God. It is at this point that each of us joins the people of God.”

Second, there is practical sanctification, the lifelong process by which the Spirit makes us more like Jesus. This requires our ongoing submission to Christ and our obedience to the voice of the indwelling Spirit. It is the daily taking up of our cross and following Jesus (Luke 9:23).

Over the course of our Christian walk, we are conformed to Christ’s character in two ways. First, the Lord implants and nurtures Christ’s righteousness within us (Phil. 2:13). Second, we obey the Scriptures under the power and guidance of the Spirit so that we “grow in the grace and knowledge of our Lord and Savior Jesus Christ” (2 Pet. 3:18).

Sanctification is wholly the work of God, but it is not passive on the believer’s part. The New Testament writers urge us to labor for spiritual maturity. Paul instructs us to practice virtues and avoid evil (Rom. 12:9, 16-17). We are to put to death the deeds of the body (Rom. 8:13) and present our bodies as living sacrifices (Rom. 12:1-2).

Despite the fears we may have about losing our salvation, the Spirit ensures that we persevere. Paul writes that the preaching of the cross is foolishness to those who are perishing, but “it is the power of God to us who are being saved” (1 Cor. 1:18). He uses a present participle here to convey the idea of ongoing activity.

Further, Paul tells us, “I am sure of this, that he who started a good work in you will carry it on to completion until the day of Christ Jesus” (Phil. 1:6).

If God’s aim is to fully conform believers to the image of Christ, is it possible to attain sinless perfection within our lifetimes? The issue of complete sanctification has generated much disagreement throughout church history.

Generally speaking, those who answer the question in the affirmative are considered perfectionists and are Arminian in their doctrine, stressing human freedom and responsibility. Those who argue against perfectionism tend to be Reformed, or Calvinistic, in their doctrine, emphasizing the sovereignty of God over the free will of his creatures.

Basically, perfectionists contend that it is possible for believers to arrive at a sinless state prior to physical death. And some do, they argue. This does not mean a person cannot sin any longer; rather, it means he or she does not sin.

Going even further, it seems, are Eastern Orthodox leaders who speak of deification or theosis. This does not mean the pantheistic absorption of Christians into the personhood of God. Rather, it indicates that believers may acquire supernatural attributes and exercise divine energies.

Such a view goes beyond a biblical understanding of a believer’s union with Christ. To partake in the divine nature does not mean sharing in exclusive attributes of God, such as eternality, omniscience, or omnipresence. Rather, it means Christians may exhibit high levels of divine attributes such as mercy, love, and forgiveness. As Christ lives through us, we are vessels of these so-called communicable attributes, yet we never own them in the eternal, unblemished way God does.

The non-perfectionist view is more biblically faithful. First, sin is more subtle and pervasive than we may care to admit. Second, the Greek word translated “perfect” in Matt. 5:48 (teleioi) is better rendered “complete,” or “mature.” Finally, there is a striking absence of sinless characters in the Bible (except, of course, for Jesus). Rather than focus on earthly glorification, we should fix our eyes on Jesus, the author and finisher of our faith (Heb. 12:2 KJV).

Next: Article IV-D of the BF&M: Glorification.