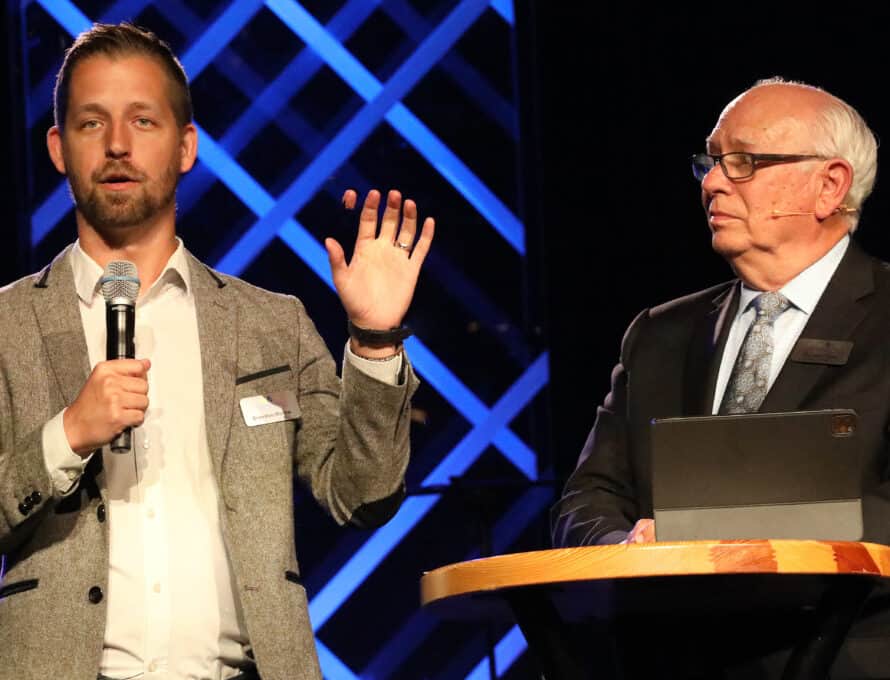 First, Yeats thanked and congratulated The Pathway for its dedication and commitment to accurate, biblically-based, Christ-centered journalism during the past 20 years. He also honored the memory of late founding editor Don Hinkle (1954-2022), for his work in leading the paper:

“All those years were under the leadership of our dear brother Don Hinkle,” Yeats said. “Don was a friend. Don was a courageous leader. Don was a man that God used in a powerful way.”

Yeats also announced that the MBC executive board had elected Benjamin Hawkins as Pathway editor during their Oct. 24 meeting. After serving nine years as associate editor, Hawkins served as acting editor through the month of October.

Second, Yeats gave time for Brad Bennett, the MBC director for making disciples as well as president and founder of Real Encounter, to speak about the newly formed L.I.F.E. Outreach ministry. Here, Bennett gave a detailed explanation of the program as well as some of the recent events the program has hosted.

“L.I.F.E. Outreach is a holistic and comprehensive disciple-making program that exists to spread the good news of Jesus Christ,” Bennett said. “In just this year we were able to share the gospel with 500,000 people and even get to see 45,000 of those chose to make a decision for Christ.”

The third organization presented by Yeats was MBC’s Resound Network, a church revitalization ministry that aims at restoring those churches struggling to keep their doors open. Director of Resound Network Brandon Moore said, “Our vision aims to catalyze a movement of revitalized and replanted churches resounding for the glory of God and the good of their communities.”

Moore spoke on the importance of Missouri Baptists in the church revitalization process. Regardless of whether you are a part of a healthy, declining or stagnant church, you have a part to play in helping these congregations across the state, he explained. “We’re seeking to revitalize a people – you, Missouri Baptists… but be encouraged! You are not alone in this work. Our King is with us.”

The fourth organization to be presented was Missouri Baptist Disaster Relief (MODR).

MODR director Gaylon Moss spoke on the current state of the MODR team and gave updates on the current work being performed by Missouri Baptists across the country. Moss reported that there are currently 2000 Missouri Baptists who are trained and ready for service if disaster strikes and that the MODR was activated 16 times this year by the start of the annual meeting.

“The mission of the MODR is to transform lives and communities with the gospel by bringing help, hope and healing,” said Moss. “We know that the evil one uses isolation as a way to prevent people from hearing the gospel. But we also know that the Lord can use these disasters to break down the walls of isolation.”

Finally, Mark Brooks, often called the “Stewardship Coach,” spoke about the MBC’s Stewardship Journal, a weekly newsletter for Missouri Baptists that offers practical advice about your church’s financial health. “The Stewardship Journal exists for you as a pastor but also for you as a church leader,” Brooks said. “Our goal is to give you weekly practical advice, tools, and thoughts to help you create a culture of generosity at your church that is grounded in biblical stewardship.”

‘We must be holy’

In his address, Yeats also called Missouri Baptists to holiness, urging them to consider the lostness of our world and to reject the corrupting influences of a world system over which Satan rules.

“The Lord has done great things through Southern Baptist ministries and through our respective state conventions,” he said. “But there is a huge danger of corrupting what God has wrought by turning to the ways of the world instead of doubling down on the mission of our cooperative work.” 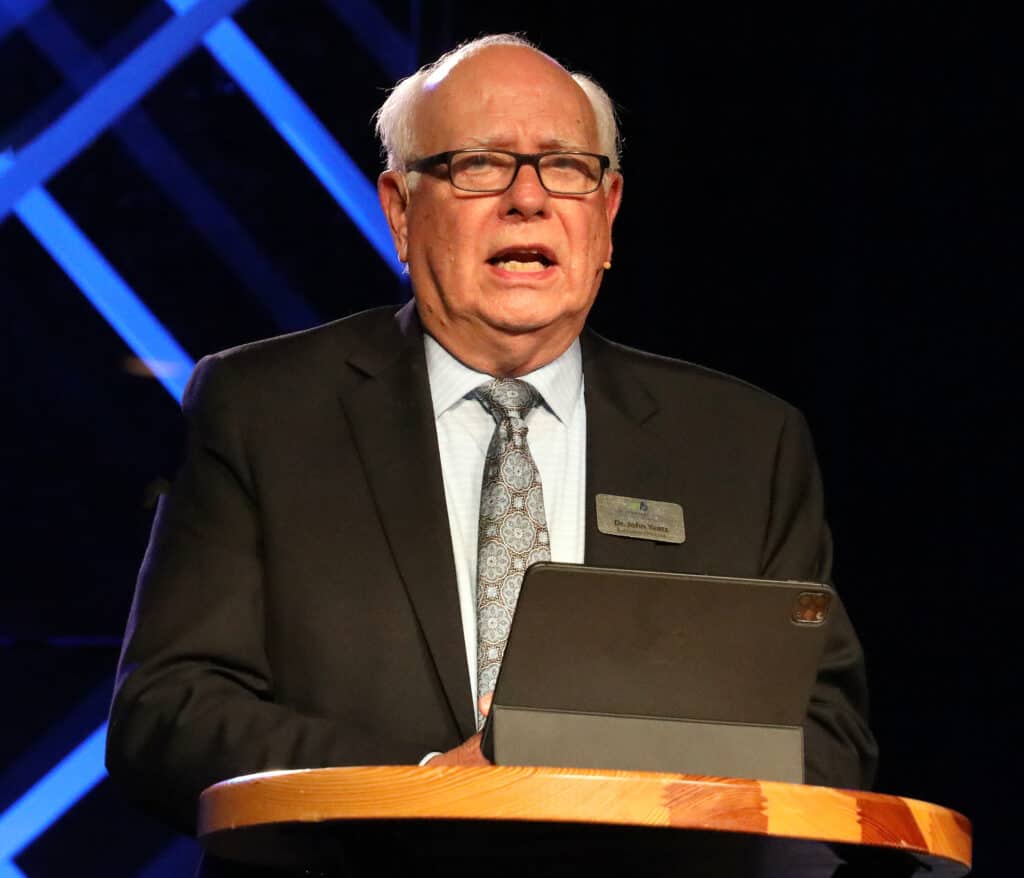 Yeats noted surveys that show Christians engage in worldly behaviors the Bible exposes as sin, and thus they often are indistinguishable from those who don’t know Christ. These are, he said, “destructive behaviors that are unbecoming of children of the King.”

What’s needed is a fresh commitment to the disciplines of time alone with God in prayer and a deep study of his Word, he said. This takes time. There is no “magic formula” for holiness. Even so, we must avoid a dry and lifeless Christianity that focuses more on “the practice of the Christian life than the person of the Christian life.”

Yeats cited Hebrews 12:14, in which the writer urges his readers: “Pursue peace with everyone, and holiness – without it no one will see the Lord.”

Additionally, Yeats pointed out that God expects all believers to engage in three activities:

First, to cultivate a lifestyle of holiness. He commands us to “cleanse ourselves of all defilement of flesh and spirit, perfecting holiness in the fear of God” (2 Cor. 7:1).

Second, to consider ourselves “dead to sin” (Rom. 6:11). “This means we refuse to revert to our former lifestyles,” said Yeats.

Third, to conform to the likeness of Christ. “This is, perhaps, the most important lesson we can learn as Christ-followers,” he said. “God’s ultimate desire for His people is that we be holy – conformed into the image of His Son, Jesus.”

Yeats said God helps us in our weakness by giving us His Holy Spirit, who reveals the mind of Christ about our behavior: “When we respond to Him through repentance and faith, He empowers us to be a living testimony of His will to a lost and dying world.”

In closing his message, Yeats challenged Missouri Baptists to stand in Christ’s victory over Satan, sin, and death. “We have the privilege of standing as victors that will not accommodate wickedness,” he said. “Together, we demonstrate the testimony of transformed lives to the world of lostness. We must be holy, because our God is holy.” ν