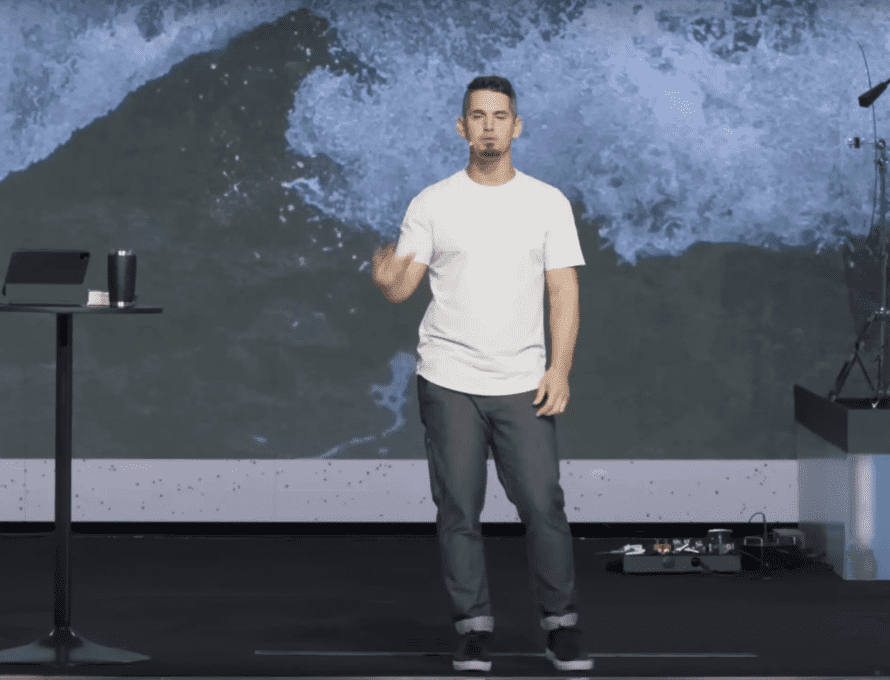 LAKE FOREST, Calif. (BP) – Lead Pastor Andy Wood anticipates that the number of women clergy will grow at Saddleback Church, something that will certainly heighten the discussion over the congregation and its fellowship with the Southern Baptist Convention.

On Oct. 9, Wood’s wife, Stacie, preached a message at the church titled “The Courage to Slow Down” where she was listed as “teaching pastor” on the screen. In Andy Wood’s bio on the church website’s leadership page, he and his wife are both referred to as “pastors.”

In comments to Baptist Press, Wood offered clarification on his and his wife’s titles.

“Stacie and I are grateful to be called to serve at Saddleback Church,” he said. “We are not co-pastors but rather have unique roles on staff. I’m serving as the lead pastor and one of our Saddleback overseers while Stacie is serving as one of our teaching pastors.”

Differences with other Southern Baptists on the role of a pastor doesn’t have to lead to a break in fellowship, he added.

“We believe pastoring and teaching are functions and spiritual gifts to be exercised in the church by both men and women,” said Wood. “The function of teaching and pastoring is not necessarily synonymous nor exclusive from the office of overseer.

“While many SBC churches share the same view, we are committed to stay in fellowship and unified with other SBC churches even when we disagree. Saddleback Church has a strong commitment to the authority and inerrancy of the Bible. We believe this approach is biblical and in alignment with the teachings of the New Testament as well.”

“The church should be a place where both men and women can exercise [their] spiritual gifts,” Wood recently told the AP. “My wife has the spiritual gift of teaching and she is really good. People often tell me she’s better than me when it comes to preaching, and I’m really glad to hear that.”

In announcing his retirement earlier this year, Saddleback’s founding pastor Rick Warren announced that both Andy and Stacie Wood would take his place at the helm. Stacie’s Sunday morning sermon marks the next step in the church’s apparent affirmation of women in the pastoral role.

Prior to Saddleback’s birth in Orange County 43 years ago, Warren’s Southern Baptist background included a blessing from legendary pastor W.A. Criswell. However, those ties to Southern Baptists showed significant strain when a May 2021 Saddleback ordination service included three women.

That brought a motion at the 2021 SBC Annual Meeting in Nashville for the SBC to break fellowship with Saddleback. At the June meeting in Anaheim, the Credentials Committee presented a recommendation for a study committee to look into ways churches assign the term “pastor” to various ministry roles.

The resulting discussion among messengers and a failed amendment to change the focus of the study committee to what makes a church in “friendly cooperation” according to The Baptist Faith and Message preceded Warren addressing the crowd. In his speech he referred to “the gift of the pastorate as opposed to the office of the pastorate” while asking if “we [are] going to treat each other as allies or adversaries.”

When Warren finished, the Credentials Committee announced it would withdraw the recommendation and not call for Saddleback to be disfellowshipped “until clarity is provided regarding the use of the title ‘pastor’ for staff positions with different responsibility and authority than that of the lead pastor.”

Previously, Wood led San Jose-based Echo Church over 14 years to become a multi-site congregation with some 3,000 members. Charges pertaining to Wood’s tenure at Echo Church over authoritarian leadership and hostile church mergers were ultimately cleared by a search firm retained by Saddleback.