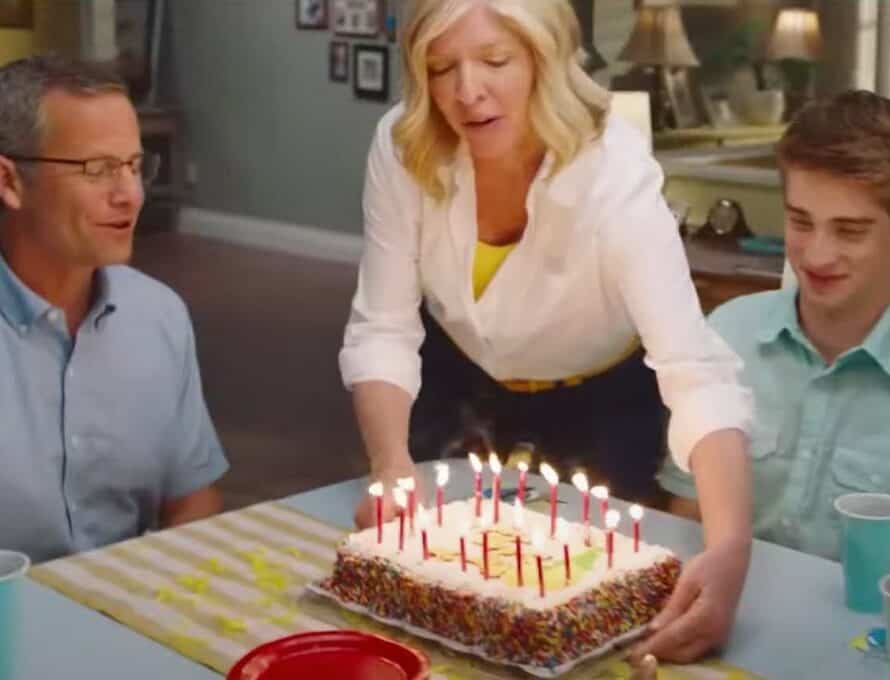 Jimmy (Kirk Cameron), Susan (Rebecca Rogers Nelson), and their adopted son, David (Raphael Ruggero), star in “Lifemark,” which is based on the true story of David’s adoption.

KANSAS CITY – Every time I see a movie by the Kendrick brothers (“Fireproof,” “Courageous,” “War Room”), I leave the theater saying the same thing: “They’re getting really good at this.” I said the same thing leaving “Lifemark.”

Indeed, with each project they produce, the Christian filmmakers up their game and deliver something that not only inspires, edifies, and uplifts, but it succeeds in actually being entertaining. 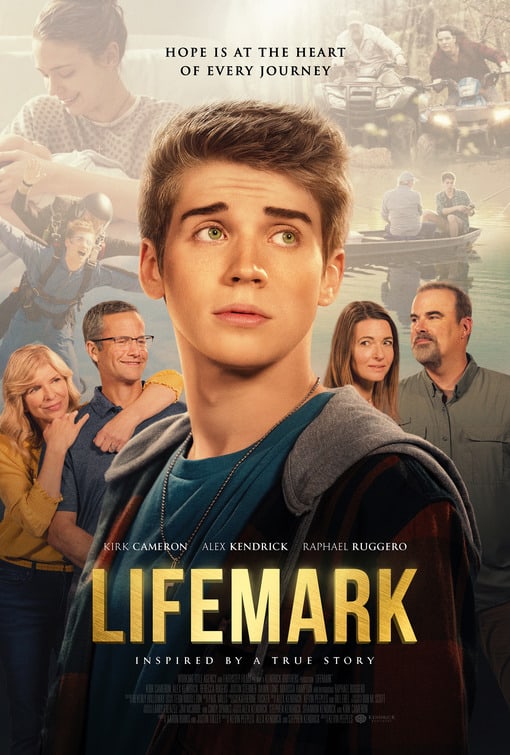 Still in theaters and available for streaming soon, “Lifemark” is a true story of David Colton (Raphael Ruggero), and his journey to meet his birth parents after his 18th birthday. We see David and his family wrestle with a wide range of emotions. The movie jumps back in time to show the fear and uncertainty faced David’s biological mother – Melissa – (played as a teenager by Marisa Lynae Hampton, and by Dawn Long as 30-something). It’s a perspective we really see. We get to see his eventual adoptive family go through the roller coaster that is praying for a family, knowing God may not answer those prayers the way we desire. David must also decide the route he wants to take in meeting his biological family, or even if he wants to. That path isn’t always clear, and it doesn’t necessarily end up the way he expected.

But there’s also joy, and quite a bit of laughter. I suppose it should be considered a drama, but it’s also a very funny movie with surprising moments of comic relief. David’s best friend, Nate (played by Justin Sterner), is non-stop laughs as he documents his friends life for YouTube clicks, and eventually a documentary. (This half-hour documentary is true-to-life. I Lived on Parker Avenue was filmed by David’s actual friends and is available to watch for free on YouTube).

I enjoy seeing a big star on screen just as much as anybody, but there’s something refreshing about seeing a no-name cast get out of the way and simply tell a good story. Kirk Cameron – who plays David’s adoptive father – is the only face you’ll recognize. There are some other faces that you definitely won’t know, but they’re worth pointing out: the real-life David and the real-life Melissa are both in the movie. A short message at the end of movie will highlight their cameos for you, but their presence in the film underscores that this isn’t just a story, it’s real life.

The script is tighter, and the acting better than pretty much any “Christian” movie I can name. Writer-director Kevin Peeples does a very good job balancing tone and story through the movie. Melissa is hiding a secret from her biological son, and the way the script handles the reveal surprised and delighted me from a story-telling standpoint. The thematic parallels between the flashback and current stories are also excellent.

There can be little doubt that God had a hand in the movie’s timing. How providential that in a summer that saw Roe v. Wade overturned, we see a true story of how valuable life is, and how beautiful the choice to protect it. With ballot questions looming that may further restrict or expand abortion in many states, it’s a stark reminder that Christians must do what they can to fight for the unborn, care for expectant mothers who may not see any alternatives to abortion, and when called, pursue adoption themselves.

“Lifemark” is rated PG-13 for “thematic elements.” I can only assume it is because it discusses abortion. It does so tactfully, but also honestly without getting preachy. Nothing shown or discussed is graphic. As with any movie, parents are the arbiter for deciding what’s best for their family, but if they’re old enough to have a conversation about abortion and the true value of God’s image-bearers, they’re old enough to view – and enjoy – “Lifemark.”