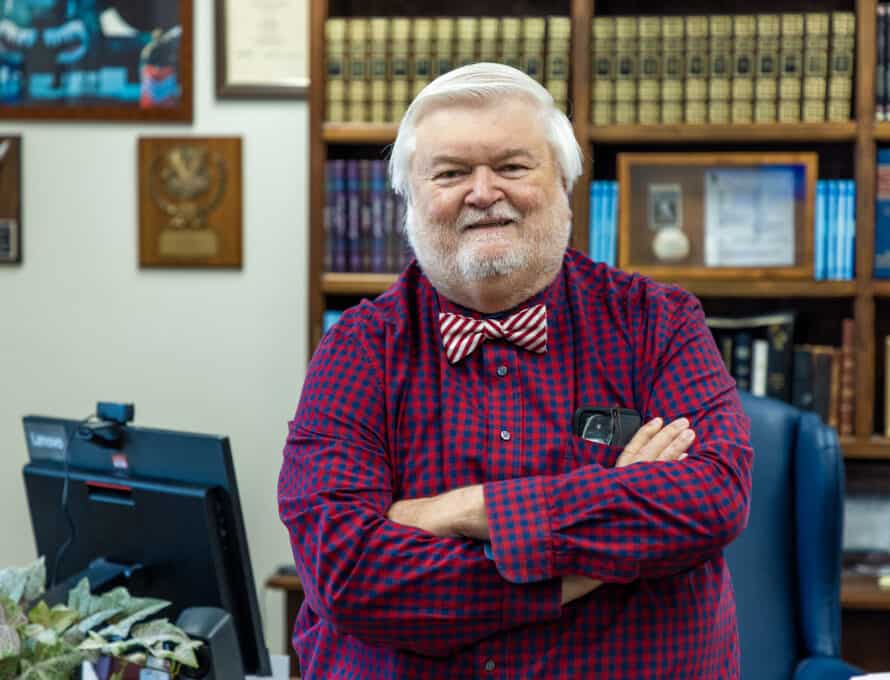 EDITOR’S NOTE: This editorial – a favorite among Pathway team members – was originally published in the Oct. 11, 2016, print edition of The Pathway. A memorial service has been scheduled to celebrate the life of The Pathway’s founding editor, Don Hinkle, who went home to be with the Lord last week. The service will take place on Friday, Sept. 30, at Concord Baptist Church in Jefferson City, Mo., at 11:00 a.m.

I really shouldn’t do this, but I am going to be transparent. Transparency is not always a smart thing for journalists to do. It occasionally comes back to haunt us.

Years ago when I was editor of a small town daily newspaper in Middle Tennessee, I wrote a Sunday morning column. Too often I shared personal experiences, matters often involving my family and growing up a little hillbilly in rural Tennessee. I disclosed, for example, that I was a sap and a stumbling, bumbling boob who wobbled down the aisle to the altar with my baby sister on my arm as I gave her away at her wedding. Readers also learned that I had an uncle who was a vampire. “The Vampires” was the nickname of my Uncle George’s P-51 Mustang fighter unit that fought the Japanese over the South Pacific in World War II. Readers even learned what I got for Christmas when I was 10 years old after I crept into the living room at 4 a.m. to begin enjoying my booty only to have my dad walk in on me. I thought he was going to make me go back to bed, but he just smiled, shut the door and let me continue my journey into ecstasy with my electric football game and Fort Apache set. Dad was special.

At some point I felt I was sharing too much, that I was beginning to lose my privacy and unfairly encroaching on my family’s privacy. Not everything is anybody else’s business. So I placed an embargo on writing about my personal life – until now.

You would think the most asked questions people pose to me are about convention activities, public-policy matters or why has The Pathway failed to do a story about their preaching canary. But that is not the case at all. The most frequent question is: “Why do you wear bow ties?”

Usually I answer with, “I could tell you, but then I’d have to kill you.” That draws guffaws – until they notice I’m not guffawing and they stop. Then I guffaw.

Actually, guffawing is a clue to the answer, but you must indulge me a little further. Some people think I wear a bow tie because it’s easy to keep out of Granny Clampett’s mashed taters and gravy. While that is true, it is incorrect.

Some wise guy said I wear bow ties because I was Croatian. Actually, I’m of German-Scottish descent, the byproduct of a Lutheran preacher and a lassie belonging to clan Buchanan along the shores of Loch Lomond. The wise guy came up with the Croatian thing because he read somewhere that bow ties were created by Croatian mercenaries serving in the Prussian Army during the 17th century. I know of no connection between bow ties and the Prussian Army, but there’s a new, cool tie called “The Bellisimo” that will turn heads and burn eyeballs.

Bow ties are not evil, even if they are on Budweiser cans, through no fault of their own. Somebody had the good sense to shape a pasta in honor of bow ties. I have a pastor friend who serves on the Missouri Baptist Convention Executive Board named Ty Harmon. I’ve wanted to go to Ty and ask him if he knows how to tie bow ties, but I never get a chance because Ty and I are always tied up. I figure if they were good enough for Alfalfa on the Lil’ Rascals, then they’re good enough for me.

I wear bow ties because they make people smile. I can walk down a hallway full of strangers and get more smiles in a minute than most people get in a month. A smile is a blessing, because it conveys so much – approval, happiness, friendliness, kindness and thoughtfulness. As the years zip by, my appreciation for smiles is growing and I’ve learned they are priceless.

We live in a world wrecked by sin and pain, and that is nothing to smile about. But God has made a provision. He sent His son to die on a Cross for our sins, and He has promised us forgiveness and eternal life if we will place our faith and trust in Christ alone. It is a free gift.

That is something to smile about. … And so are bow ties.