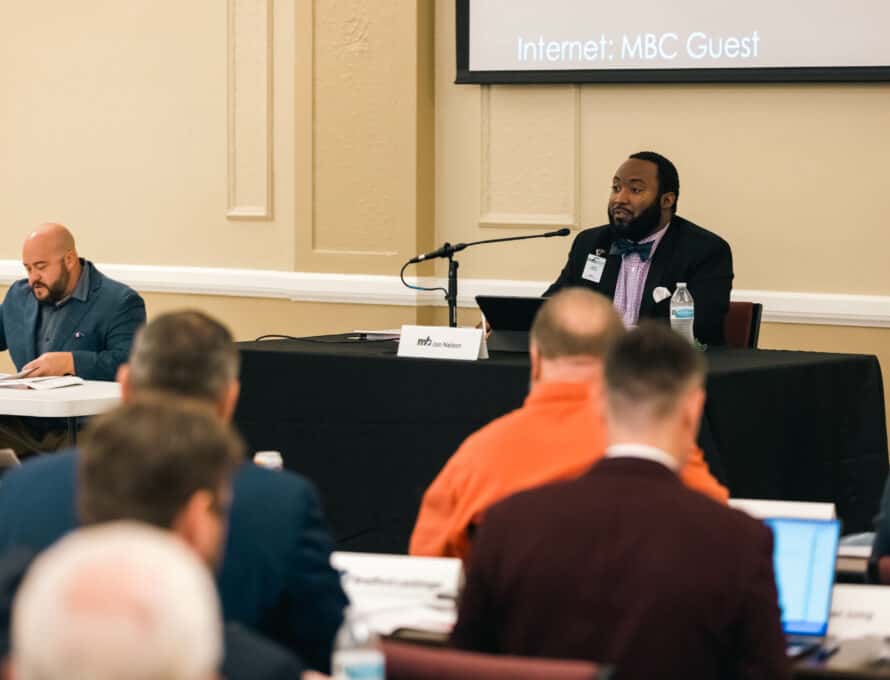 The MBC’s 2023 spending plan is based on a $15 million Cooperative Program (CP) budget approved by the board earlier this year.

This CP budget sets aside 5 percent of the total CP giving for “shared expenses,” which are allocated for annuity protections and The Pathway. The board approved a spending plan for these “shared” funds that amounted to a total of $750,000.

From the remaining CP budget, 35 percent is allocated for Missouri Baptist missions and ministries. The board approved a spending plan also for these funds, which amounted to a total of $5,727,000.

The remaining 38 percent is allocated for Southern Baptist Convention causes. Any CP receipts above the budgetary goal will be split evenly between MBC and SBC ministries.

The executive board also recommended that messengers gathered in St. Charles for their 2022 annual meeting take a special offering on Tuesday morning, Oct. 25, to support the Disaster Relief response in the St. Louis region.

The National Weather Service called the flash flooding that took place, July 26, along the I-70 corridor in St. Louis “historic.” St. Peters had the largest total at 12.34 inches, with many other areas in the region receiving 10-12 inches of run within a short span of time.

Although the flash flooding garnered less media attention than other natural disasters may have, the flood damage was massive and DR teams from Missouri and from across the country continue to bring help, hope and healing in the aftermath of the devastation. To learn more about DR or to support their work, visit www.modr.org.

In other business, the MBC executive board:

• recommended the revision of MBC Bylaw 2, regarding messengers at the MBC annual meeting (see recommendation here);

• recommended that funds remaining for the renovation of the 7th floor at the Baptist building in Jefferson City be reallocated toward general reserves;

• approved the moving of $50,000 of previously allocated underspend from 2021 to general reserves. Another $50,000 of the 2021 underspend remains, which will be used to contract with a consultant regarding the “Executive Board and inter-relationships with the MBC entities”;

• and approved a list of exhibitors at the MBC annual meeting. This motion also extended “the requirement for Executive Board approval of hand-out materials to the convention center facility, including exhibit hall space, but excluding public sidewalks and other publicly owned areas. In St Charles, promotional materials by MBC entities and approved exhibitors are authorized for distribution unless in opposition to the spirit of the Convention.”