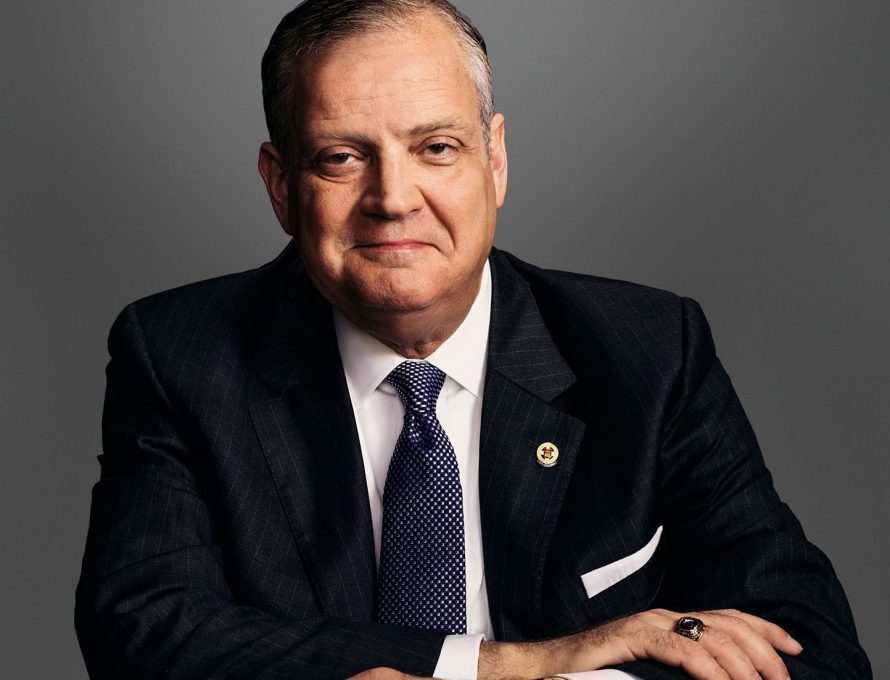 NASHVILLE – Al Mohler is no proponent of “Christian nationalism” despite the online magazine Slate headline: “‘Christian Nationalism’ Used to Be Taboo. Now It’s All the Rage.”

Slate, however, erroneously stated in the fourth paragraph of an Aug. 5 article that Mohler called Christian nationalism “idolatrous” after the Jan. 6, 2021, insurrection.

Mohler had used the word “idolatrous” five times during his “The Briefing” podcast on Jan. 21, but in context noted that “it is not fair to say that mainstream evangelical Christianity in America is characterized by the kind of fusion and Christian nationalism of an idolatrous sort” seen in the insurrection.

Slate’s reference to Mohler was sparked by the Southern Baptist seminary president’s podcast interview series “Thinking in Public” on June 15 of this year in which he asserted: “… nationalism has been given a bad name. Even conservatives who once would identify themselves clearly as nationalist, they’re now running scared from the term and (the left is) routinely speaking of me and others as Christian nationalists, as if we’re supposed to be running from that. And I’m not about to run from that. I’m not about to join their one world order.”

Mohler, in fact, has been a defender of nationhood – as compatible with Christian theology – which he will underscore as one of six keynote speakers at the National Conservatism Conference, Sept.11-13 in Miami. His announced topic: “‘Your God Will Have Been Supplanted by an Idol’: The Dangerous Illusion of a ‘Secular’ State.”

Among those joining Mohler as keynoters will be Florida Gov. Ron DeSantis, a potential 2024 presidential candidate; Sen. Josh Hawley of Missouri, a media target since the events of Jan. 6; and both of Florida’s U.S. senators, Marco Rubio and Rick Scott.

“The conversation that will take place (at the upcoming conference) is worthy of time and attention,” Mohler said in an interview for this story. “As is the case in many big conferences, a lot of ideas will be expressed and exchanged. … A lot of conservatives and a lot of Christians recognize that the sense of a globalist cosmopolitan culture is not only politically unworkable, but also dangerous to human flourishing.”

Pejorative use of the term “Christian nationalist” by the left and the media, meanwhile, is “just another effort to try to tell conservative Christians to shut up and go home,” Mohler said.

NatCon, according to its website, is part of a “National Conservatism” movement, which holds that “the past and future of conservatism are inextricably tied to the idea of the nation, to the principle of national independence, and to the revival of the unique national traditions that alone have the power to bind a people together and bring about their flourishing.”

“We see national conservatism as the best path forward for a democratic world confronted by a rising China abroad and a powerful new Marxism at home,” the website’s descriptor continues. “We see the rich tradition of national conservative thought as an intellectually serious alternative to the excesses of purist libertarianism, and in stark opposition to political theories grounded in race.”

The NatCon gatherings, along with conferences in London (2019), Rome (2020) and Brussels (March 2022), are an initiative of the Edmund Burke Foundation, established in 2019 “with the aim of strengthening the principles of national conservatism.” The foundation is named for the British political thinker and orator who championed conservatism in the late 1800s in reaction to the political and societal upheaval of the French Revolution.

Among the foundation’s 14 sponsoring organizations are the Alliance Defending Freedom, The Heritage Foundation, First Things and Hillsdale College’s Graduate School of Government. Neither Southern Baptist Theological Seminary where Mohler is president nor any of Southern Baptists’ other five seminaries are sponsors, and Mohler is simply an invited keynoter for NatCon 3.

Mohler said he will warn of a secular state as “one of the most dangerous of all the honored liberals’ ideals. The state will demand some kind of ultimate judgment. It will root itself in some type of ultimate claim. And if that is not defined by, say, the inheritance of Western civilization, it’s going to be filled by a secular religion. … And increasingly we understand this is an ideology, it’s not a vacuum.”

Nationhood “has proved to be one of the most essential units of human social order,” Mohler said. “I have never called myself a Christian nationalist, but I have long contended for the importance of a nation even in the Christian worldview. … Nationhood, as understood in the history of Western civilization, is the product of a Christian conception. … God made us as beings in his image (which is) deeply embedded in culture. … Language is important, culture is important, history is important and understanding what it means to be people of a nation with obligations and responsibilities is very important.”

In a podcast interview in February 2021, Mohler described the media’s blanket use of “Christian nationalism” as its latest way of “dismissing any kind of conservative claim, especially a conservative claim coming from Christians, as just ‘Christian nationalism’ … (It’s) a way to try to delegitimize any kind of conservative argument … in undercutting the very principles that we believe make society possible — and those have deep Christian roots.”

For years, the media used the terms “Religious Right” and “Radical Right” and the claim of Christians attempting to create “God’s party” as pejoratives, Mohler said on Issues, Etc. with Lutheran minister Todd Wilken. When the term “white supremacists” is added, it’s “a very clever and, perhaps, even diabolically effective way of dismissing all conservative Christian arguments as rooted in white supremacy and Christian nationalism.” Yet most of the writers of The New York Times, for example, “wouldn’t know Christian nationalism if it showed up at their door.” In speaking with one reporter who had called, the reporter used both terms – white supremacy and Christian nationalism – yet “couldn’t define them, but was just using them. And that’s an example to me of how this is now being filtered through the entire society,” Mohler said.

“And certainly, by the way, illegitimate Christian nationalists are often white supremacists,” he acknowledged. With the “far-right fringe, the (terms) often are conflated.”

Thus, Christians must “make very clear that racism is sin; any form or claim of racial superiority is not only sin, it’s a rejection of the clear teachings of Scripture. So we need to name it and oppose it when we see it, expose it when we know of it. But to associate American evangelicalism, confessional Protestantism with white Christian nationalism is just another way to try to dismiss the (larger Christian) argument entirely,” Mohler said.

In his many years in the Southern Baptist Convention and in American evangelicalism, he added, “I’ve never met anyone who had anything to do, to my knowledge, with” groups such as the Proud Boys, Oath Keepers or QAnon devotees. “It could have been secret in ways I didn’t know, but I can simply say the Southern Baptist Convention would not tolerate any such thing. Nor do I believe other evangelical denominations or groups would.” Christians also must be prepared to counter the notion “that every conservative is responsible for what any conservative or anyone who’s labeled a conservative says” and “to make our arguments open and public, and make clear what our arguments are and what they are not.”

In his “Ask Anything” podcast in 2017 on the topic of nationalism, Mohler pointed out that “society can’t replace the family” and “a global community can’t replace a neighborhood … because the smaller you get … the more true are the bonds.” The emergence of the modern nation-state, he said, has “in the main” been “a tremendous assist towards human flourishing.”

The nation-state “has not been without problems in a sinful world,” Mohler said, “but if you look at (various empires) and the massive tribal and ethnic sectional warfare that marked most of human history – that has been significantly lessened … which I think it’s one of God’s gifts” reflected in the New Testament book of Romans, chapter 13.

Nationalism can become idolatrous, he said, “if in any way it presents an idolatrous challenge, if it in any way violates Scripture, if it requires me to deny Christ or forbids me to follow Christ obediently.”

“It comes down to worship and allegiance,” Mohler said in the Issues, Etc. interview, because “the Bible makes clear, Christ made clear our first allegiance has to be to Him. And that means, in the truest sense, our identity is so much in Christ that we are one with Christians wherever they are found.

“But we’re at the same time in this world, we have a citizenship. The apostle Paul cited his Roman citizenship. He didn’t deny it, he cited it. So evidently there’s an importance to our earthly citizenship,” Mohler said. “And there’s a proper patriotism … We want to see the nation influenced by Christianity. We want to see it true to its principles. But we can never conflate Christianity and nationalism. … We can’t merge it into a form of worship, nor can we make the church dependent upon the strength or the faithfulness of the state.”