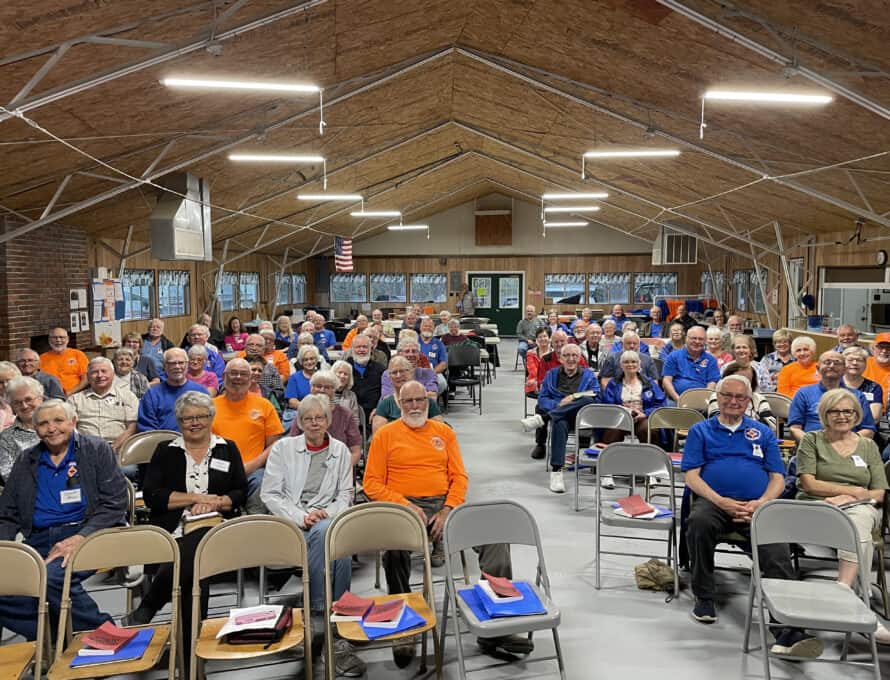 BLAND – One hundred and one volunteers from Campers on Mission (some of whom are shown here) descended on the Gasconade Valley Baptist Camp in April to help prepare the facilities for a summer of gospel ministry. (Pathway photos courtesy of Trent Young)

BLAND – Who better to work on a Baptist camp, than campers?

One hundred and one volunteers from Campers on Mission moved into the Gasconade Valley Baptist Association Camp in late April, completing a long list of projects for the camp – from sewing and hanging curtains to replacing windows; from installing siding to tearing down an old cabin.

“It’s overwhelming when all those people show up, but they get an amazing amount done,” said Trent Young, director of missions for Gasconade Valley Baptist Association. 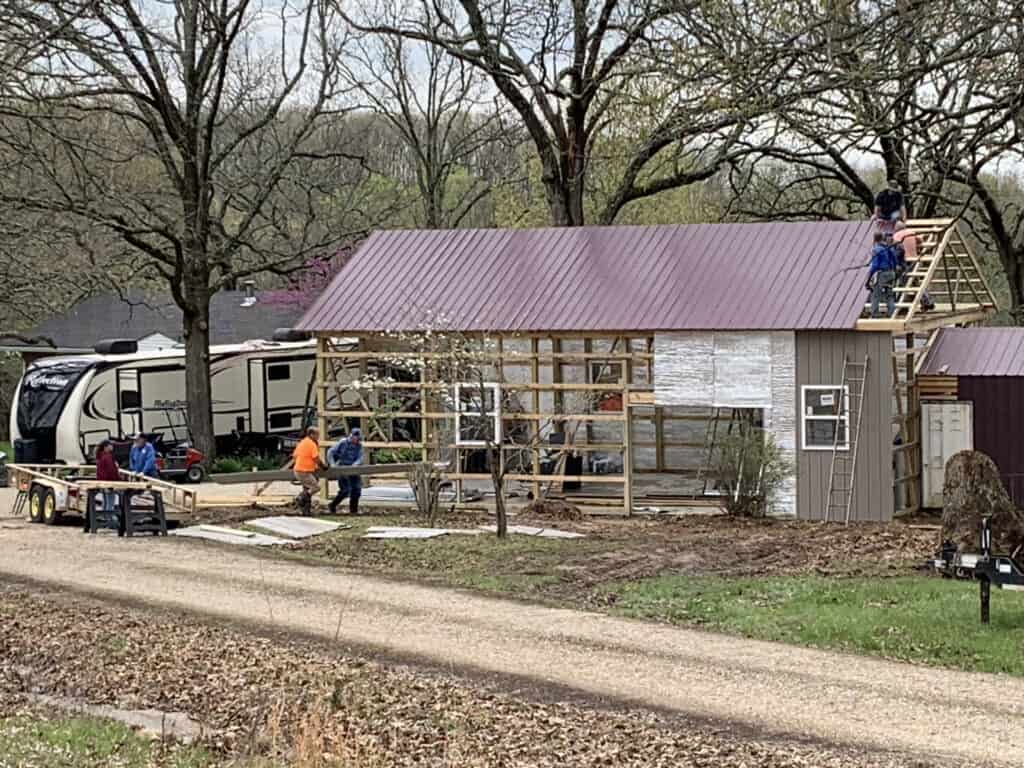 BLAND – More than 100 Campers on Mission volunteers worked on various projects at the Gasconade Valley Baptist Camp in April, including constructing this new shop building.

One of the trustees for the 100-acre campground is a member of Campers on Mission, and he connected the ministry group to the association and the rest is productive, dirt-under-your fingernails history.

Campers on Mission is exactly what it sounds like: a fellowship of Christian volunteers who look for opportunities to share their faith and their love of Jesus by participating in mission projects including church planting, construction, fairs, backyard Bible clubs and more. They often sleep and live on-site during a project, hence their name. Churches from the association provided some of the meals to keep the volunteers fueled.

“Not only did they work really hard, they also gave [a financial gift] to help cover the cost of materials,” Young said.

Gasconade Valley plans on hosting hundreds of students and adults from the association’s 24 churches for various camps this summer.

“Without them, it would have taken us a long time and a lot of money to get this stuff done,” Young said. “They are some gifted people who know how to get things done. They were a big-time blessing for us.”