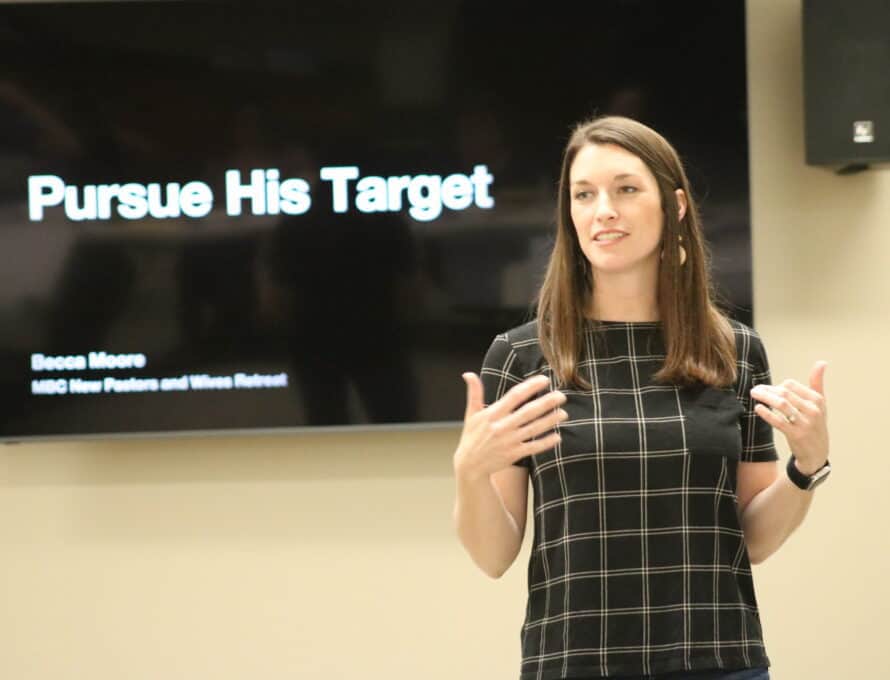 The April 21-23 retreat, organized by the MBC’s Developing Leaders team, reminded the group of ministers that they’re not alone – that they can find help in ministry not only in their churches, but also in their state convention and regional association.

“We’re very thankful that so many pastors, associational leaders, and wives left encouraged and equipped for the work to which God has called them,” Brandon Moore, MBC church revitalization specialist, said after the retreat. “This retreat connected new pastors and their wives to the relationships, resources and realities of pastoral ministry in Missouri Baptist churches in a unique way that embodied Dr. Yeats’ vision for synergy. Leaders from every level of MBC life joined us throughout the weekend to love and encourage the new pastors and wives.”

Jimmy Dunn became lead pastor at Exchange Church, Arnold, last August, after serving in other roles at the church during the previous four years. He told The Pathway that he and his wife were especially encouraged by messages preached by MBC Developing Leaders Director Jim Misloski. The retreat, he said, “was a wonderful time to be in the Scripture” and to be introduced to “our MBC partnership leaders.”

“The greatest takeaway,” he added, was an church ministry assessment tool he learned about during the retreat.

“I sent six questionnaires to members within our church for them to help anonymously give feedback about my leadership in our ministry. This was helpful because the results helped me identify what specific areas I needed to put more focus on. It also gave me an opportunity to help the members of my church know that they have a stake and a voice in our ministry together.”

“The worship time and preaching were terrific, but being introduced to all the resources available to us at state level was extremely helpful,” Shipley said. “Being a small church, with little resources, it’s great to know there is help available from very experienced and caring folks at the MBC. The greatest impact the retreat had on me personally was that I am not alone. I don’t have to figure it all out on my own. Ministry is a team effort, and I can call on others to help. That’s powerful.”

Pastor Daniel Gibson of North Park Baptist Church, Moberly, was reminded during the retreat that he needs to build up men in his church who have a “pastor’s heart.” He added, “We aren’t meant to go this alone.”

“One of the biggest assets that the MBC offers is the resources and networking,” Gibson said. “There is a kinship that comes as a pastor, and this retreat opened the door to accelerate those relationships. We were able to fellowship with one another and share stories. I found having strong relationships to be one of those things that helps a pastor keep the fight in those difficult moments.”

In the aftermath of the reversal of Roe v. W