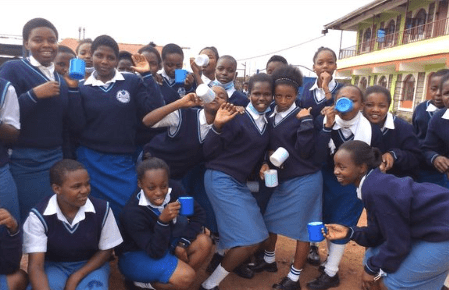 ST. LOUIS – Vacation Bible School has a new missions education opportunity this year through Pennies for Pupils, a project that aids a Kenyan school founded by Missouri Baptist layperson George “the Shoeman” Hutchings. The program connects children with children through participatory missions and teaches that no amount is too little in the hands of God, he says. Hutchings is the president of the Juanita School for Girls in Kenya.

Pennies contributed by VBS students add up one by one to provide textbooks for Juanita school’s students. The project helps “children help children,” Hutchings says, and gives VBS students “a vision of overseas missions.” A member of the Rock Church in St. Louis, he is known by many around Missouri and the Midwest as the “Shoeman” due to his former role recycling used sneakers and using the funds to dig water wells in Kenya. 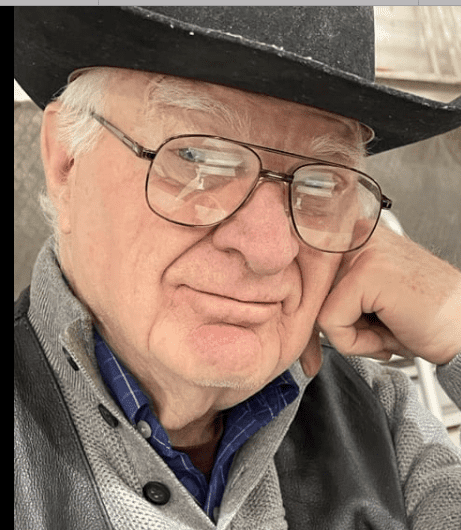 After retiring and turning the ministry over to another organization he was approached about starting a Kenyan school to give 8th grade girls opportunities to continue their education and learn work skills.

In Kenya, Hutchings explains, high school must be paid for by families. The cost means that most girls’ education ends after the eighth grade. With no work skills or advanced education many “have no future, suffer from depression, and are sold into sex trade or turn to alcohol or drugs,” he says. “About 11% commit suicide. They are a lost generation, without hope.”

She says the Pennies for Pupils project taught children the importance of missions and evangelism.

“We told them, ‘Children are not going to Africa (to) start telling people about God. However, they can do their part to help make (evangelism) happen. We can help George and people who work with him by giving money and supplies so they can tell other people’ (about God).”

Singer says VBS leaders told the 20-25 preschool through grade six students “about how (evangelism is) our job. We’re here to spread the good news.”

The Juanita school pays the high school education currently of 52 young women, with another 50 starting in May, followed by 55 starting in September. (The school has a trimester curriculum.) Juanita offers students a safe environment, lodging, healthy food, and skills to provide for their families or continue their education at the university level.

The girls also operate a 10-acre farm, raising vegetables and livestock that supply food to the school.

This winter and spring Hutchings has been criss-crossing Missouri to tell churches and DOMs about Pennies for Pupils. He says several MBC associational mission directors in southwestern, southeastern, and eastern Missouri have committed to promoting the program to their churches.

Darren Casper, Mission Strategist at the St. Louis Metro Baptist Association, says the pennies project “provides churches and VBS workers another opportunity to explain and cast the vision about missions to children.” In his association the Juanita school opportunity is another VBS missions option beside one that supports Christian schools in two other African nations: Zambia and Senegal.

This year’s pennies will buy new textbooks. Each $300 purchases a complete set of books for one student, Hutchings says.

The school began when Hutchings was contacted by Jacinta Chengecha, an educator finishing up her doctoral work in the US. In their first meeting he heard her name as Juanita and called her that for two years until it was time to name the school.

“I wanted to name the school after her but she said, ‘My name’s Jacinta!” Hutchings says. “I asked her why she hadn’t told me earlier.”

However, they learned that “Jacinta” meant nothing in the Kenyan dialect while “Juanita” meant “a gift from God,” in Spanish. The wrong name for a person became the right name for the school.

Hutchings says he knew nothing about opening, much less operating a school, but that God has provided every time. Jungle land was donated southeast of Nairobi. Then, $20,000 was donated to dig a water well. Another $20,000 came in to run electrical lines to power the well drilling equipment. When $300,000 was needed to construct the building, a single donor covered the cost.

Though school development could have been quicker, Hutchings says the school has a policy of not purchasing or constructing until donations cover the needs. “We don’t incur debt. There’s no debt on (the school). We don’t borrow money.”

Hutchings hopes next March to break ground for a cafeteria and a chapel.

“I’ve not met a man who has a bigger heart to serve the Lord than (George),” says Potosi Community Baptist Church retired pastor Bill Brammer. He traveled to Kenya with Hutchings for a well drilling mission in 2012.

Juanita school operates under the umbrella organization, The Heron Fund. For more information about the school or to learn how to participate in Pennies for Pupils, visit www.theheronfund.org or contact Hutchings at georgehutchings66@gmail.com.