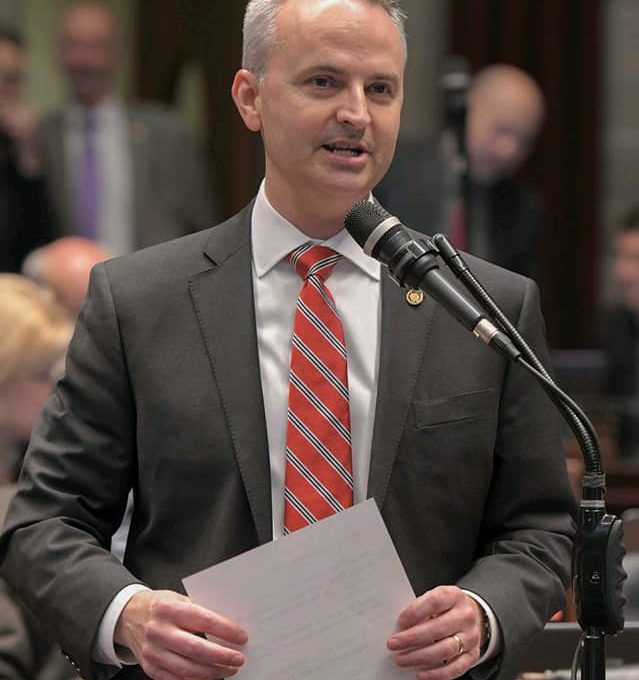 JEFFERSON CITY – Missouri Baptist pastor and lawmaker Doug Richey has reintroduced a bill in the Missouri House of Representatives that, if passed and signed into law, will empower churches and other nonprofits in the state to disclose credible allegations of sexual abuse without fear of civil liability.

Richey, a state representative and pastor of Pisgah Baptist Church, Excelsior Springs, called Missouri House Bill 1546 (HB 1546) a bipartisan bill that should have very little opposition, if any.

The bill was originally introduced during the 2020 legislative session, but the COVID-19 pandemic’s interruption of the session prevented the bill from moving forward that year. He reintroduced the bill this spring, defending it during a Missouri House Judiciary Committee hearing, April 6.

Richey said he may have to attach the bill as an amendment to other legislation in order to get it to the governor’s desk before the session ends, but he is still hopeful that the bill will move through the legislature successfully.

According to Richey and to Kansas City attorney Jonathan Whitehead, HB 1546 is modeled after and improves upon Texas House Bill 4345, which was signed into law in 2019.

The bill “represents a careful balance between the interests of the public in protecting against sexual predation, the interests of churches and charities who wish to tell the truth, and the interests of individuals who wish to be free from malicious misrepresentation,” Whitehead, who is a member of Abundant Life Church, Lee’s Summit, said about the bill when it was originally introduced in 2020.

All too often, Whitehead said, some churches and other nonprofit organizations have failed to report credible suspicions of sexual predation by former employees because of fear that they’ll find themselves in a defamation lawsuit. Aware of this reality, sexual predators leave churches when suspicions of abuse come to light – only to repeat their abusive behavior in another church or ministry.

“Churches and charities in Missouri … do not feel the legal freedom to tell the truth to each other,” Whitehead said.

According to the bill, Whitehead added, “a speaker can still be held liable for statements they know to be false, or statements made in reckless disregard of the truth” – a legal standard known as “actual malice.”

But, if passed into law, HB 1546 will enable churches to speak the truth without fear of reprisal – and it will make it harder for sexual predators to victimize churches and their members.