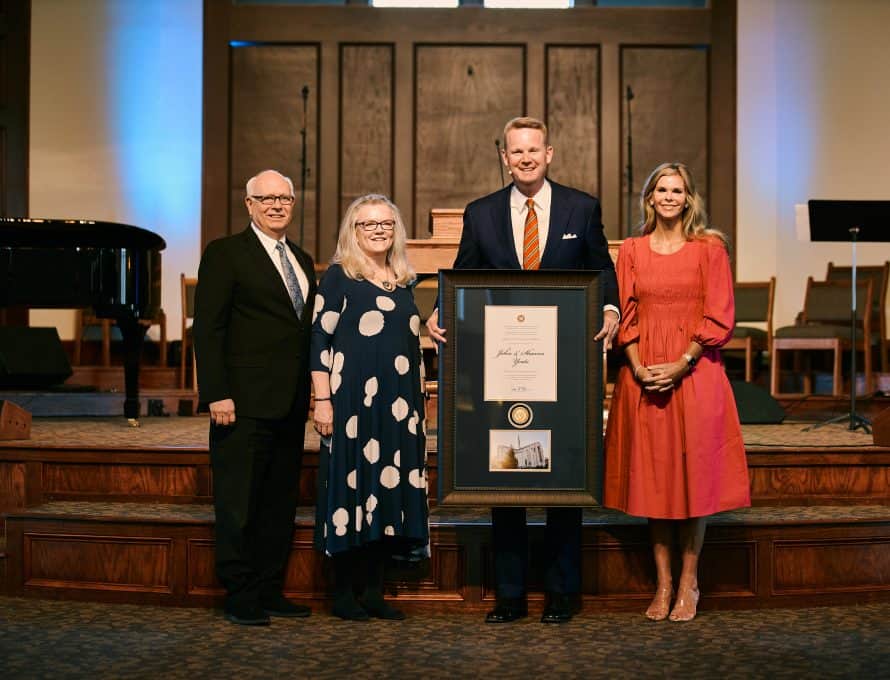 During the service, Midwestern Seminary President Jason Allen highlighted Yeats’ service among Southern Baptists. In particular, he mentioned his 25 years of service as recording secretary of the Southern Baptist Convention, as well as his noteworthy leadership at the MBC during the past decade.

“To see what the Lord has done in this state, firsthand, … through the leadership of Dr. John Yeats has been spectacular to see and life-giving to behold,” Allen said, adding, “… It’s a particular delight this morning for me to announce, on behalf of Midwestern Seminary and in partnership with the Missouri Baptist Convention, the establishment of the John & Sharon Yeats Endowed Chair of Baptist Studies here at Midwestern Seminary.”

Introducing this new endowed chair, Allen said, “Since 1957 until last year, the seminary only had one endowed chair. … But in God’s kindness He has drawn some people to this institution to support and carry out the vision to begin to endow these professorships, to ensure the teaching of the gospel and the training of ministers until our Lord comes back.”