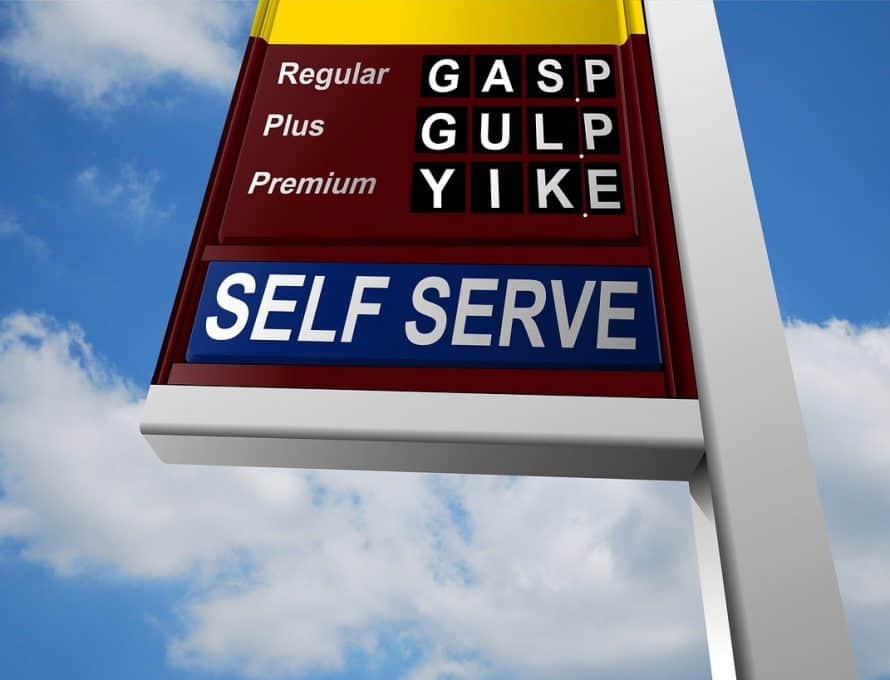 COLLIERVILLE, Tenn. – The rise of gas prices across the nation last month stirred up, once again, conversations about the economic costs of the nation’s climate policies. Addressing these issues with The Pathway, Christian and climatologist David Legates says love for God and neighbor are at the core of biblical views regarding creation stewardship. (Pixabay image)

COLLIERVILLE, Tenn. – Gas prices across the United States hit a record high during the month of March, turning the conversation once again to the economic cost of the nation’s climate policies.

So, on March 16, I reached out to a conservative Christian climatologist and asked him what Scripture has to say about the stewardship of natural resources, secular environmentalism and the latest rise in gas prices.

David Legates is a senior fellow at the Cornwall Alliance on the Stewardship of Creation, a conservative Christian think tank based in Collierville, Tenn. Legates also serves as professor of geography and climatology at the University of Delaware and is the former Delaware state climatologist.

The following transcript of our exchange, edited for space, first appeared in the April 12 edition of The Pathway:

BENJAMIN HAWKINS: Should Christians be concerned about the stewardship of creation? If so, what is the Christian/biblical foundation for this concern?

DAVID LEGATES: We, as Christians, must certainly be concerned about the stewardship of creation! In Genesis 1:28, we are told that although the Earth is God’s creation, he has given it to men (Psalm 115:16) and mandated that we be fruitful, multiply, fill the Earth, subdue it and have dominion over everything that lives in it.  Christian stewardship is, in part, worship of the Creator by following his commandments.

But what does it mean to “subdue the Earth” and to “exhibit dominion over everything that lives in it”?  When we read these words, we often immediately think of a dictator or a tyrant – someone who enters an area and subdues the inhabitants by forcible dominion, thereby removing their freedoms and their free will. Is this what God meant in Genesis 1:28? Well, yes and no. As Cal Beisner wrote in Creation Stewardship:  Evaluating Competitive Views, the word “subdue” translates the Hebrew word kabash, which means “to subdue, to bring into bondage, from a primitive root meaning to tread down or beat down, to make a path, to press or squeeze or knead, or to attack or assault.”  To “rule over” translates the Hebrew word radah, which means “to have dominion, chastise, tread, trample, or prevail against.”

Thus, our interpretation of Genesis 1:28 of “to subdue and to have dominion over” is indeed correct. But does God want us to impose our will onto the rest of creation by acting like a dominating tyrant?  Of course not! The rest of creation is still God’s and we are to oversee and protect it by acting like a benevolent dictator. Good parents dominate their children, but it is out of love and not from selfish motives. Children left to their own devices will not develop appropriately because they need guidance and, in some cases, loving discipline.

In Matthew 22, Jesus responded to one of the Pharisees that the whole Law and the Prophets are based on two commandments – to love the Lord your God with all your heart, soul, and mind, and to love your neighbor as yourself.  Consequently, we affirm that godly human dominion over the Earth means men and women, created in the image of God, laboring freely and lovingly together to enhance Earth’s safety, fruitfulness, and beauty, to the glory of God and the benefit of our neighbors. Thus, our mandate from God is to love God and our neighbors.

Our Christian stewardship of creation, therefore, must be guided to fulfill these two commandments. I believe we must be a caretaker and a protector of creation, but the remainder of creation (beyond other humans) was given to us to show our love for God and to provide a benefit to others. Godly human dominion requires us to be masters of the Earth rather than being a servant to it.

HAWKINS: If creation stewardship is legitimate according to a Christian worldview, what does that mean for the way Christians should act or think on a day-to-day basis?

LEGATES: We are not to squander or waste what we have been given. To do so, we would be guilty of the wanton destruction of what God has given to us and failing to use creation to the glory of God and to treat others as ourselves.

Consider, the Parable of the Talents (Matthew 25). Three servants are given talents (i.e., the master’s property) by a master who is leaving on a long trip. When he returns, he determines how faithful each servant was by how wisely they invested his talents. The first two servants returned the talents with a profit, having doubled their master’s wealth.  They are deemed to have been faithful and are given a positive reward.  The third servant did not squander his master’s talents.  He hid them “in the ground” and then returned them to the master in exactly the same manner (and amount) that they were given to him.  The master condemns the third servant for not putting it to profitable use.

Note that the servant did not lose what was given to him. The talents were returned to the master in exactly the same manner in which the master gave them to him. But the talents were “hidden in the ground” and did no good while the master was gone. In our day, natural resources (such as fossil fuels and minerals) are an equivalent of talents. Does hiding them in the ground help us fulfill the two commandments of loving God and loving others as ourselves? No. In the same way, we are certainly not to squander what we have been given, but we are to put natural resources to good use in accomplishing these two commandments. Leaving everything in the Earth in its natural state is not proper biblical stewardship.

Thus, we need to consider what we are doing with our natural resources each day. People are in need of food, clothing, shelter, and security – but inexpensive energy, for example, can make ample food, clothing, and shelter, clean drinking water, and disease prevention and treatment. Resources we have been given by our loving Creator can go a long way to relieving these difficulties from our neighbors.

HAWKINS: How does a biblically formed view of creation stewardship differ from 21st-century secular environmentalism? Is there any shared ground between these two groups?

LEGATES: Secular environmentalism over the last 50 years (since, for example, the first Earth Day in 1970), has largely focused on elevating the creation above humans and, in some cases, to be equated with the Creator.

Secular environmentalism generally posits four evils, brought about by human activity, from which we must save ourselves. They are dangerous climate change, a loss of biodiversity, overpopulation, and a consumer economy. I argue that these four “Horsemen of the Apocalypse” are diversionary arguments that keep us from true biblical stewardship.

As a climatologist, I could write a book on the fallacy of dangerous anthropogenic climate change (and I have). Suffice it to say, however, that while humans can and do influence our environment, sometimes in detrimental ways, changes in land use play more of a role than do changes in gases in the atmosphere. Much of what we read about the perils of rising atmospheric concentrations of greenhouse gases is not supported by facts. Nevertheless, more atmospheric carbon dioxide benefits all life on Earth by improving plant growth and crop yields, making food more abundant and affordable, and – most importantly – aiding the poor.

What the poor need most is abundant, affordable, and reliable sources of energy to replace dirty, inefficient cooking and heating fuels that lead to pollution-causing illnesses and premature deaths. To demand the poor forgo the use of inexpensive fossil fuels and depend on expensive wind, solar, and other “green” fuels to meet that need is to condemn them to more death and poverty.

Consequently, environmental policies that address relatively minor risks while creating significant harm to the world’s poor only increase their oppression. In the name of protecting biodiversity and ecological protection, the use of safe, affordable, and effective insecticides (such as DDT to reduce malaria), the conversion of vast amounts of maize (corn) and other agricultural products to provide biofuels, and resistance to the adaptation of genetically-modified foods (such as golden rice) often are posited. I deny that these policies, and many others like them, are morally justified or constitute proper biblical stewardship.

With respect to population, God’s plan for us is to “be fruitful and multiply” (Genesis 1:28; Genesis 9:7) and thus human multiplication and filling of the Earth are intrinsically good.  In principle, children are a blessing from God to faithful parents and the rest of the Earth (Psalm 127; 128).

However, the concept of an overpopulated Earth is born from the first Earth Day and the early work of Paul Ehrlich.  The classical argument is that negative environmental impact arises from a growing population that becomes more technologically advanced and affluent.  It often gives way to avenues of population “control” including widespread abortion (voluntary and/or forced), family size limitation (and forced infanticide), euthanasia, geronticide, and social/ethnic cleansing.

Secular environmentalism, therefore, views a “sustainable” world as one with few humans who are poor and undeveloped – the so-called “noble native” concept. Life in this situation is both brutal and short and certainly not what God wants for us. I would argue that godly dominion over the Earth does not require population control or “family planning” to limit fertility.

HAWKINS: In recent years and even weeks, we’ve seen debates about gas production and gas prices. How does this relate to the environmental debate, and how does the Christian view of creation stewardship shape the way we should think about these particular issues?

LEGATES: In general, recent discussions have been fueled by increasing gas prices and the reduction of oil and gas production by the United States. The ultimate goal, championed by those who mistakenly seek to reduce the effect of greenhouse gases on the Earth’s climate, is to make energy and fuel so expensive that the public will treat it as a luxury rather than a necessity.

For example, a famous climatologist once argued that the government should raise the gasoline tax by $0.10 every month for the next five years.  Of course, the problem is that the poor must treat energy (and gasoline) as a necessity and they can ill afford to go without – or pay more for it.

…. Gas prices always will fluctuate, and externalities (such as war or other disruptions) will, on occasion, drive prices upwards. But my main concern is that the irrational fear of anthropogenic climate change will artificially inflate gas prices. This irrational fear has caused us to restrict fossil fuel use and production. But recent policies of decreasing domestic production and, instead, supporting countries that may not have the best records of human rights or treatment of their population, have penalized our citizens (most notably, our poorest citizens) and have enriched less-desirable countries (but usually, not their populations).

…. When gasoline prices rise, we always hear more about this discussion and when prices are low, the discussion disappears.  But we must keep in mind that true biblical stewardship means giving glory to God and to care for our neighbors.  Inexpensive and prevalent energy is a needed commodity to pull the poor from their poverty. Actions which make energy expensive and make it difficult to obtain run counter to the mandate of good biblical stewardship and make it difficult for the poorest among us to remedy their situation.  But when prices are low, we must strive to remember that we must not waste what God has given to us.