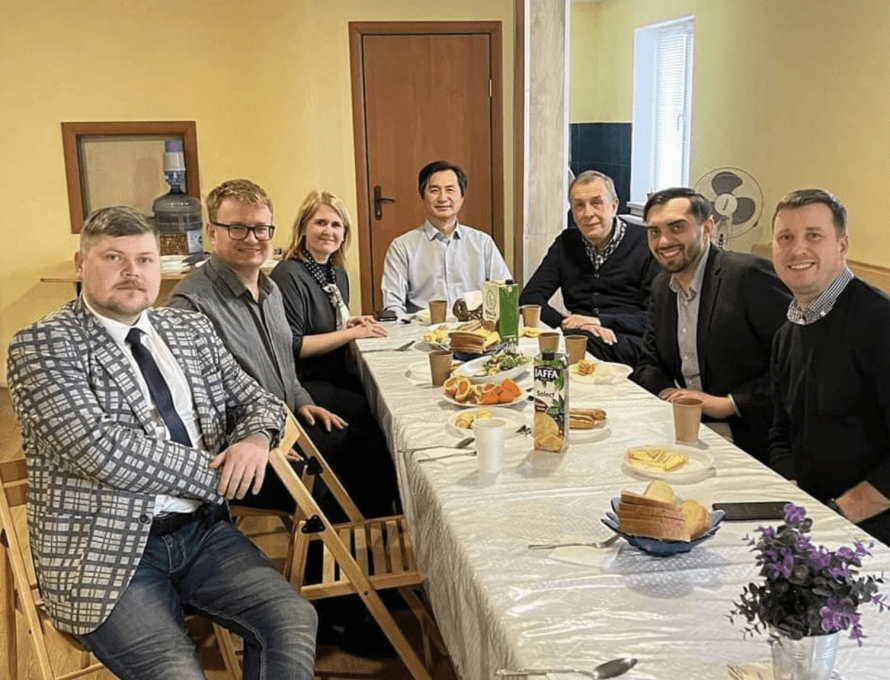 KYIV, Ukraine (BP) – The dean of a small evangelical seminary in Kyiv is among more than 400 civilians found dead on the streets in and around the capital city, the seminary confirmed early April 4 on Facebook.

“Vitaliy Volodymyrovich Vinogradov our dear brother, Christian leader, employee and a wonderful person, was found dead in Bucha,” posted Kim Bien Bum, principal of Kiev Slavic Evangelical Seminary (KSES) and pastor of Christ’s Blessing Church. “There are no words to express all the heartache. We will all miss him dearly on this earth, but we are glad that his life goes on forever. … He will be greatly missed.”

After Ukraine pushed back Russian forces nearly 40 days into Russia’s invasion, news images were released showing lifeless bodies of men, women and children strewn on the streets of Kyiv and surrounding communities, including Bucha, with the latest death count at 410.

“For us as a nation, it’s a very difficult time. Seeing what other human beings could do to innocent civilians, women and children, and elderly people,” Pyzh said in the video, “is uncomprehendable [sic]. And days will go before we will learn how to live with this reality. We will not be able to understand it or accept this reality, but we will have to learn how to live with that reality.”

Pyzh was not a close acquaintance of Vinogradov, whose seminary is about 350 miles east of Lviv, but the UBTS staff “are all very upset and we think it’s a loss for Ukraine,” Pyzh emailed Baptist Press April 5.

The UBTS video shows several images of those killed in Russia’s attack, some of the bodies with hands tied behind their backs, red nail polish on a feminine and lifeless hand, legs buckled, a blanket over the remains of a head, yet another man struck down on the sidewalk, his bag of potatoes spilled at his side.

“And I know the time will come when the whole idea of forgiveness will have to sink into our minds, but now we’re not in that period. Now we are in the stage of living through this evil,” Pyzh said.

He pleads in the video for viewers to share the horrific images as evidence of war atrocities.

“Let us do whatever we can do in order for all people to see the real face of Russia, of what Russian soldiers are doing,” Pyzh said. “And not only Russian soldiers, but Russian people that are staying silent or approving of this action taking place in Ukraine. Let other people witness that. That’s my plea to you.”

UBTS, about 45 miles from the Polish border, has worked since the early days of the invasion to aid and minister to Ukrainian refugees.

KSES is an accredited, interfaith theological seminary founded in 2014 that offers three theology degrees, according to its website. “To prepare leaders, teachers and pastors for effective ministry in the field of God” is KSES’ stated mission.