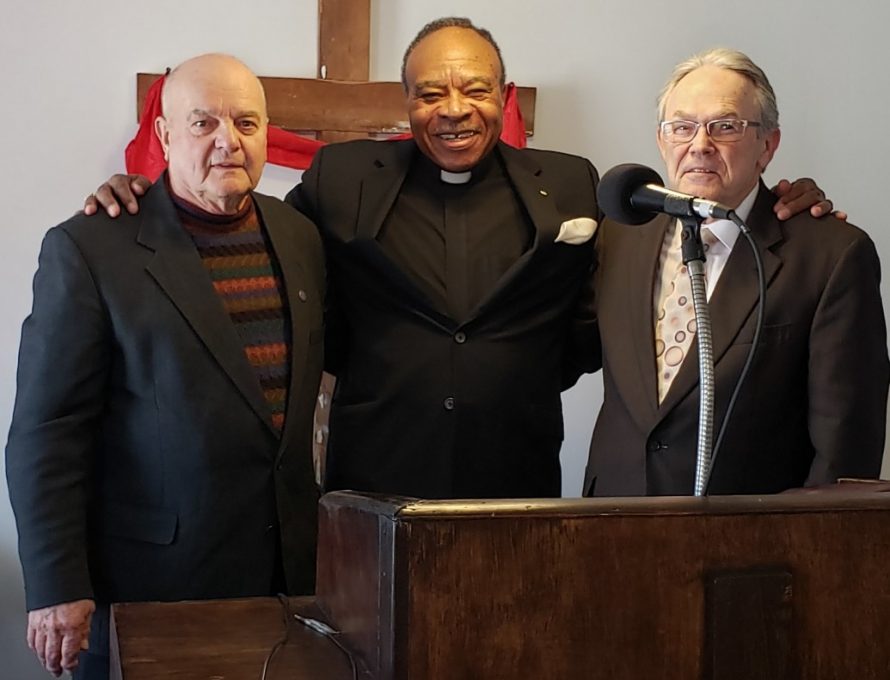 LOUISIANA, Mo. – For the first time in over a year, two congregations met in their separate church buildings.

Until early March, New Jerusalem Tabernacle of Praise – a non-denominational and predominantly black congregation here – had worshipped with the predominantly white First Baptist Church, after a fire severely damaged the New Jerusalem building in 2020.

After the fire, Maupin presented the need to the Baptist groups of Missourians on Mission and Campers on Mission, who restored the New Jerusalem church. A dedication service was held this March 12 and included people from both congregations.

“I had put off the dedication two times, one because of weather, and one because Pastor Bill’s daughter passed, and I needed to help the Maupin family,” Walters said.

Walters may have been the last to pray with Maupin’s daughter before she passed.

“We had a beautiful turnout. We are giving our building back to the Lord, We had a joyous time in the new (renovated) building.” Walters said, adding the early services back in the building are drawing substantially fewer than the dedication service brought.

“Some members went to other churches after the fire. Some stopped coming. I hope the Word of God will draw them back in. We have a welcome invitation to come to the house of God. It’s not a race thing. We’re all God’s children. I look for different people to come so we’ll have a mixture. Heaven won’t just be one race,” Walters said.

Maupin’s church hosted a reception after the dedication service.

“It was a good dedication service. It will be a viable church. The building was restored to better condition than before the fire.” Maupin said.

“It was totally renovated and it started with the weakened foundation. We have a new building with new wiring, new plumbing, new light fixtures. The builders all brought their specialties and they did a marvelous job. It’s a great joy to see the magic they did with the renovation.” Walters said.

The two pastors shared a mutual affection in the bond of Christ for each other.

“We will continue working with New Jerusalem in other ways, we’ll keep the relationship,” Maupin said.

“Pastor Bill is a true friend. I love him and his family,” Walters said.

Walters even praised God for the terrible fire event itself.

“I’m so thankful God allowed it to happen and then give us another chance. We look forward to the church growing. We want to preach God’s word and say some souls,” Walters said.

The mission groups made a cross from the doorway frame of the fire-damaged structure, signed the back of it, and found a place to hang it in New Jerusalem as a testament to the newness that Christ can bring devastation is seen.