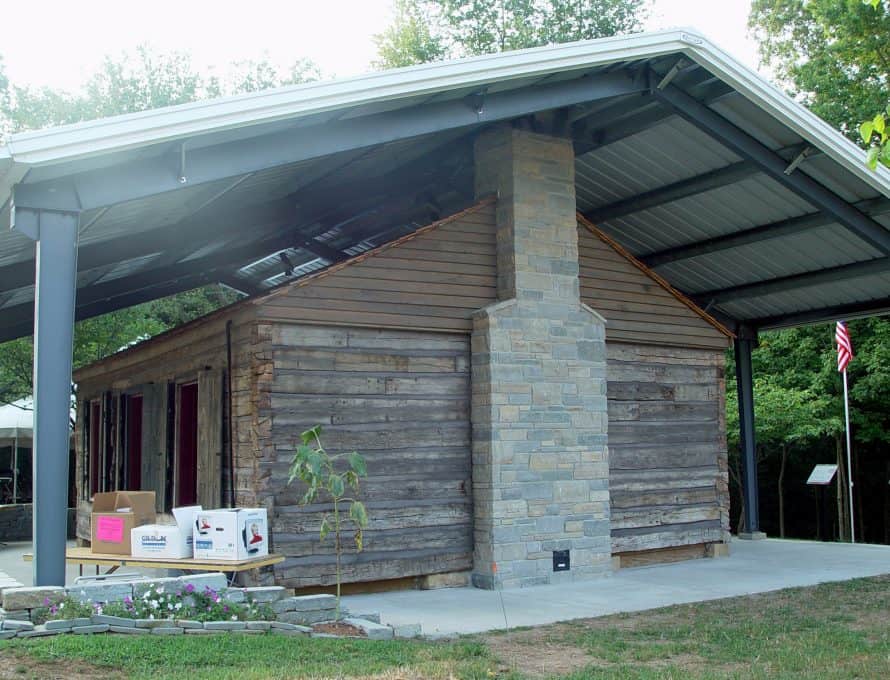 JACKSON – The historic Old Bethel church was the earliest non-Catholic church to be planted west of the Mississippi River. It was established in 1806. First Baptist Church, Jackson, is the lone survivor of six congregations planted by Old Bethel. (Pathway photo)

JACKSON – The First Baptist Church here has learned a thing or two about what makes a church last. The congregation also knows how churches die.

First Baptist is one of six congregations planted by Bethel Baptist Church, the first permanent non-Catholic congregation west of the Mississippi River. Now referred to as “Old” Bethel, that “mother” church grew and flourished for half a century after its founding in 1806. They planted new churches all over the area – First Baptist was founded in 1824 – and sent out dozens of missionaries. Unfortunately, they were plagued by infighting and anti-missionary philosophies and disbanded in the 1860s.

More than 198 years after its founding, First Baptist is the lone survivor of those congregations planted by Old Bethel. And they haven’t been without their struggles, infighting or splits. But Pastor Troy Richards said he hopes a focus on the gospel and God’s Word will lead them for years to come.

First Baptist peaked in attendance in the 80s and 90s, with nearly 600 in attendance. Two significant splits later, they’re now running 150 on a Sunday morning. The COVID-19 pandemic hasn’t helped things, but Richards said the church is poised in a community that is ripe for an evangelical, Christ-centered message.

Getting the community to welcome their outreach might not be so easy, however, Richards said.

“We have such a history, that it’s going to take time to rebrand,” he said.

That history includes those two splits in the last 30 years, as well as a tendency to go through leadership quickly: in nearly two centuries, the church has only had two pastors who served more than 10 years. The community is very “de-churched,” Richards said, with some background knowledge but no true relationship with Christ and no real positive associations with the church or history of solid biblical teaching.

“It’s a church that has so much potential,” he said. “It’s ready to return to its missional focus. That’s what they want, and that’s where we’re going.

“We believe that God put this church here to be a missional influence; it’s on a hill, and God put it there to be a strong spiritual influence on the community.”

That means refocusing on the mission, vision and purpose, training members to become disciples who make disciples, and intentionally turning out toward the community.

Their location is indeed strategic. The building is next door to the high school and welcomes dozens of students after school on Wednesdays. Beyond that, their parking lot serves both students and fans during Friday night football games.

“This community is more focused on football than any community I’ve ever seen in my life,” he said. “We’re right next door to thousands.”

Those thousands, Richards said, represent a field ripe for harvest, even low-hanging fruit.

“The people are ready to be saved and ready to be discipled, but no one is pursuing them,” he said. “When we invite, they come and when they come, they think it’s great.”

Richards said through the leadership of the Holy Spirit, he believes God is going to bring First Baptist to a stronger position to serve the community and spread the gospel wider than ever before.

“We want to get to a place where we’re healthy enough that we can be that strong foundation, and we can pour out into other churches,” he said. “Jackson is a place that has sent out in the past, even though it has been through some shady times, and it can be that in the future. God is calling us to that.”