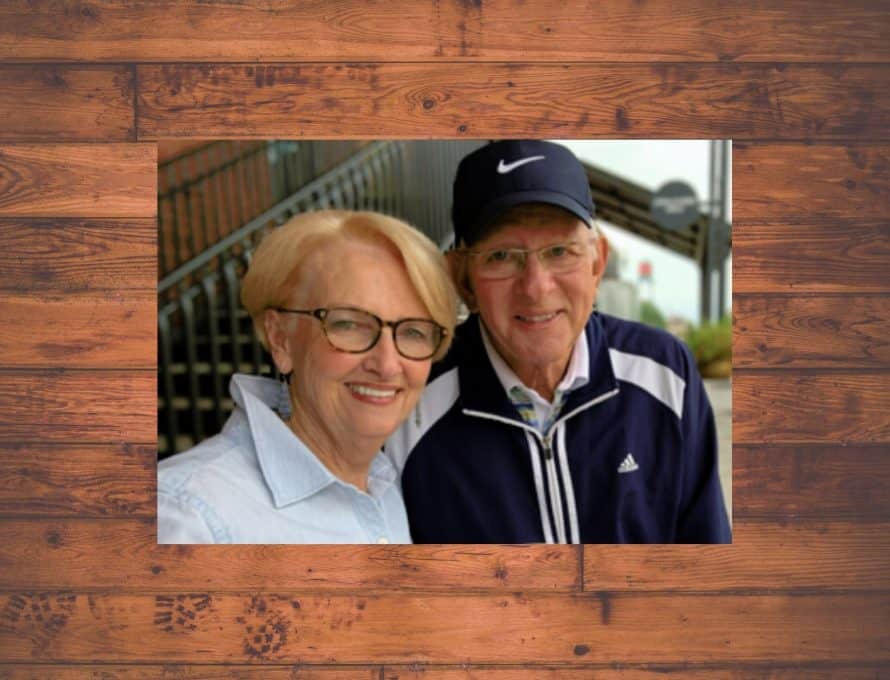 JOPLIN – It’s never a good thing when you get the message, “The attorney general’s office is looking for you.”

But for Phillip McClendon, just this once, it was a good thing. Eric Schmitt, Missouri’s Attorney General, recently recognized McClendon for service to his community as part of the state’s bicentennial celebration. The Attorney General Honors Award cited McClendon’s “tenacity and resilience” after the devastating Joplin tornado of May 22, 2011, saying, “I am inspired by your ability to transform a deadly disaster into a renewed dedication to faith.” 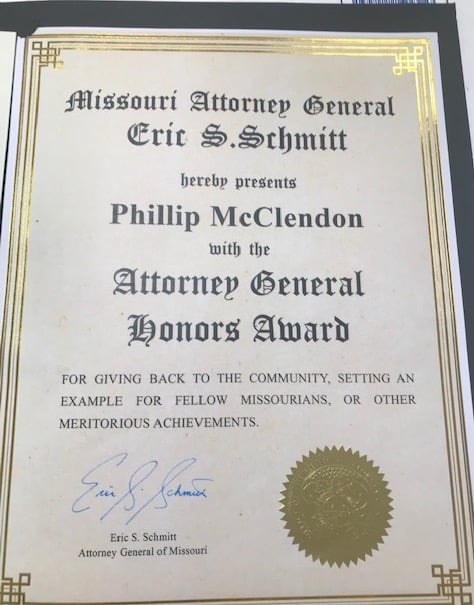 McClendon no doubt demonstrated those traits throughout his ministry, but the opportunity to serve the Kingdom with “tenacity and resilience” came about right as he should have been settling down for a nice, quiet retirement after 26 years of leading Calvary Baptist Church, here, in 2010.

The day of the tornado, in fact, McClendon was doing the most stereotypical retiree activity possible: golfing.

As he drove home after his round, he noticed the sky looked strange. A mile from his house, the stop light went out.

“That was even stranger,” he said.

When McClendon made it home, his wife, Jackie, met him in the yard and convinced him to come inside quickly and hide in a closet.

“Just as soon as we got in, the tornado hit,” he said.

And hit it did. The tornado took the roof off, and tore down every wall in the house, except for the thin panels of sheetrock surrounding their closet.

“It just kept pounding,” McClendon said. “I could hear the gravel and rocks hitting the sheet rock around us. We could feel the lift. We held on to each other thinking ‘we’re not going to make it.’”

The noise and chaos stopped for just a few seconds, then started up again, then was gone for good.

“The only thing left of our house was that closet,” he said.

“My wife told me the other day that she had a tea cup on the coffee table, and that didn’t move either.”

Two lives and a teacup remained, and after the initial shock of the disaster, McClendon said he saw the need to get to work helping his community recover and see their need for Christ.

“We’re not victims; we’re victors,” he said. “We came out of it alive, and we’re not going to be victims.”

McClendon was already known in the area as the pastor of Calvary, but also for his “Motivational Minutes” on KOAM-TV. He has also served as senior chaplain with the International Fellowship of Chaplains and as the chaplain for the Joplin police and fire departments. When he was interviewed just after the tornado, his thoughts went to his recent Bible study on resilience, and the eternal truths that could help his community.

“I thought of Job,” he said. “I thought of all the things he went through, and yet he remained faithful to God. We tend to listen to the advice of people, but he listened to God and that’s how he made it through.”

Joseph, too, became a model for McClendon.

“Joseph remained faithful to God and ‘he found favor with God,’” he said. “He took the trials and he learned through that process. Even while in prison, he was learning steps to success. No matter what you go through, if you prepare yourself and remain faithful, that gives you hope for the next steps.”

For McClendon, those next steps were to keep serving his community. Two years after the tornado, in 2013, he began pastoring Hillsdale Baptist Church in Neosho. In 2020, when Covid-19 threw the world into chaos, he began working part-time as a chaplain at Joplin’s Mercy Hospital.

“Sometimes God just points out a job and says you can say ‘yes’ or ‘no,’ but it’s probably safer to say ‘yes,’” he joked. “Helping people deal with death is what I was trained for. God left me here, so how can I say no?”

McClendon said a reporter came to revisit their post-tornado interview for the 10-year-anniversary, and that was how he came to the attention of the Attorney General.