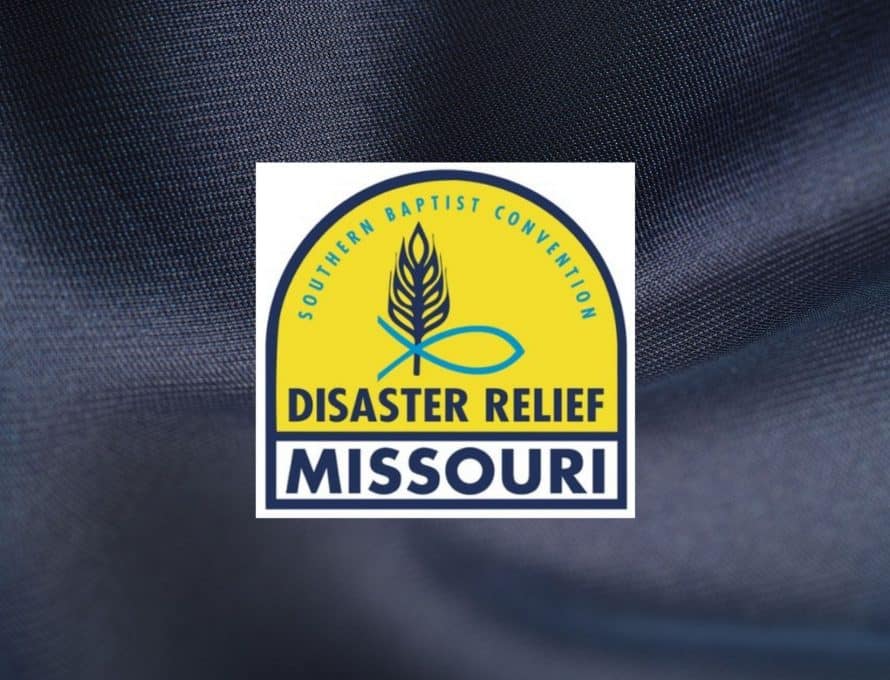 Barb Gaines of Lamar was a Missouri DR chaplain in an early group of responders staying at a Princeton, Ky., church with other DR members, but working in Dawson Springs. 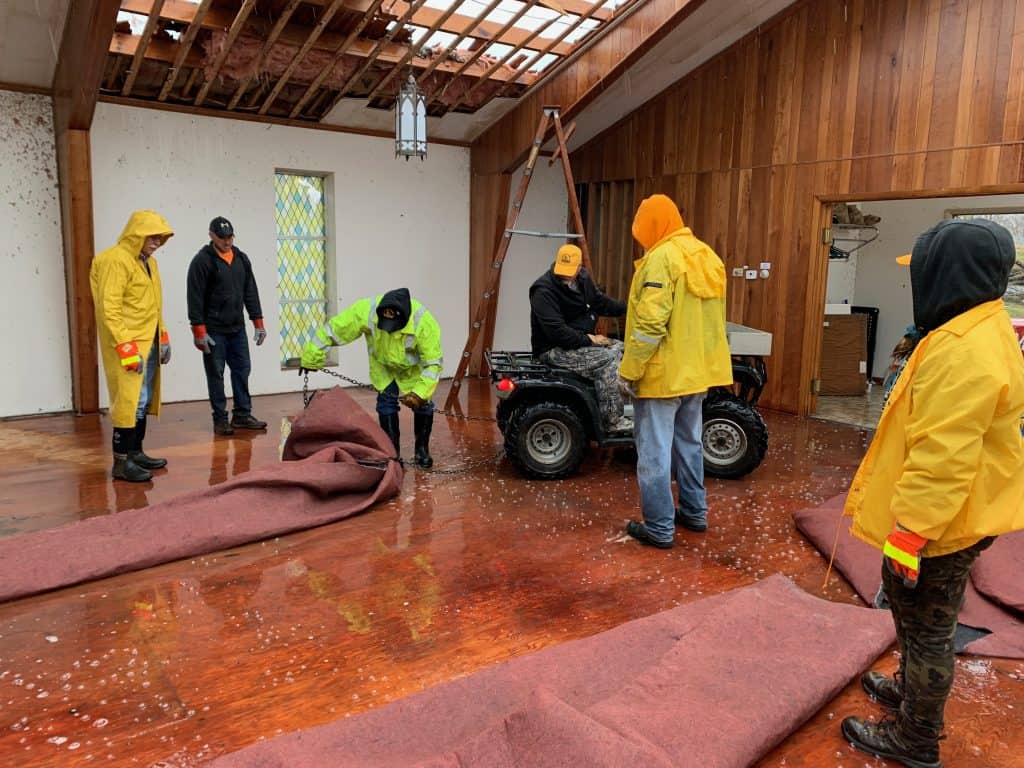 DAWSON SPRINGS, Ky. – A four-wheeler is used to remove damaged carpet at a church here. (Photo by Jason Ballard)

“Dawson Springs is a low income area and few people had any insurance. There was nothing we could do except a few chainsaw jobs. There was nothing to repair or clean-up. Yet, we felt we were the hands and feet of Jesus. There were three salvations during the week. A lot of good was done,” Gaines said.

“After I left, Southside Baptist in Princeton brought Christmas trees to decorate and give away. Area people brought gifts for the families, mostly kids. Some kids were concerned how Santa would find them without a house. It was very sad,” she said.

That first Sunday after the tornado, Dawson Springs Primitive Baptist church held worship on the church sidewalk. Gaines and the team attended, reporting many tears, including from team members.

Jason Ballard was a blue hat team leader with Heart of America Baptist Association. His team was involved with a Dawson Springs chainsaw project when two visitors approached him Dec. 17.

“Rhett MacGregor, a civil engineer from Cincinnati (Ohio, with family in the church and also a Baptist DR worker) and I talked with Jason about taking a look at our church. The interior was getting soaked in the rain.” said Dawson Springs Primitive Baptist pastor Jeff Winfrey.

MacGregor told Winfrey the church structure was sound, although the roof was half gone.

“We didn’t have a work order, and I called Incident Command. They told me to go check it out, and they’d send another team to help. When we finished the chainsaw work, a group of young people from Illinois asked how they could help. I told them about the church.” Ballard said.

“When we got to the church, the other team (Twin Rivers Association) was already there. They were bringing pews out and tarped them to move later. Then, they got the carpet and pad out to dry the wooden floor. We used a four-wheeler to pull them because they were so heavy,“ Ballard said.

Crews moved wooden tables in the basement away from the water.

“Jeff asked if we could tarp the roof. There was no roof. We had to re-roof it to tarp it. Once we started, there was no turning back. We knew we had maybe three-and-a-half hours of daylight. I sat and thought through a mental plan –that’s what I would do at my house. I told the pastor, ‘If you can get the wood, we can do it.’”

“I wasn’t sure what to do, but something inside of me knew God was saying, ‘Do it.’ It was active selfless love. God is out there doing things in amazing ways. God impacted paths to serve His purpose and reach the people with the gospel,” Ballard said.

“The Lord provided every board we needed, the manpower, the tarps. We worked until about 7 p.m. using a generator for lights.”

Pastor Winfrey said: “The men with Jason weren’t just there with chainsaws, they came to build. They knew what they were doing. It wasn’t their first rodeo. They were skilled men.”

Ballard also praised the Illinois group: “The young people were like little roof rats. They were confident and competent. I was the only one who got hurt. I had a gash on my hand. There were local people there too. We all worked together in the rain, in the cold, into the night.”

The Primitive Baptist church secured a school auditorium for services, as their building won’t be finished until Spring. Again, Mo. DR attended the service.

“On Friday (Dec. 17), Pastor Jeff was so distraught, broken, desperate. Saturday when we met with him, there was a 180-degree difference. I went to a different level of watching the Lord provide resources and people come together to help answer his pleas.

“The whole service he sobbed while preaching. I don’t cry, but I bawled the whole time. Members gave testimony, and I wished people would stop talking so I could stop crying,” Ballard said.

“I told the pastor I didn’t know if the church building could be saved, but that either way, I encouraged him to trust God and do what he says.”

“It has been years since I was in a worship service like this morning,” Winfrey said in a Dec. 19 email. “Many from Disaster Relief teams, people from the community, but most of all hurting people from our church attended. The Lord blessed so amazingly, exceedingly, abundantly above all that we could ask or think. I don’t think I have ever been a part of anything exactly like it.”

Later in December, more than 40 Amish made the roof more permanent, sending Winfrey into tears of joy and humility.