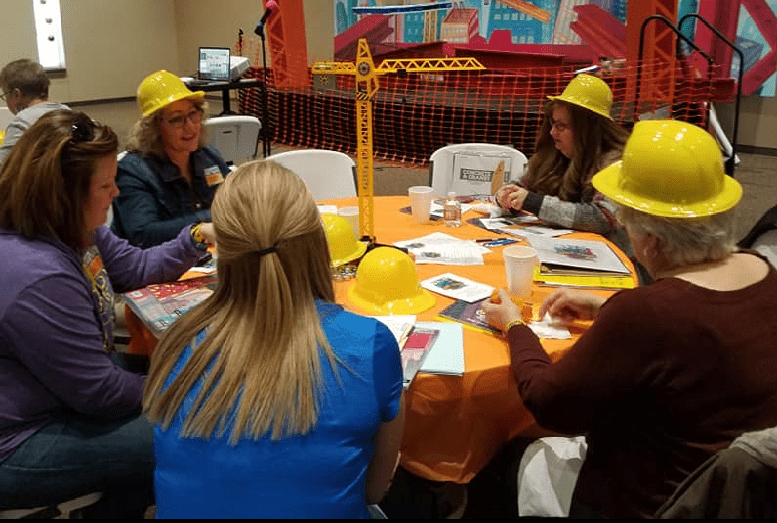 ST. JOSEPH – Jodi Duncan, Pam Brumley, Cyndee Longe, Muriel Elder and Melisa Adcock (back to front) led their association in VBS training this past year. Here they discuss plans for the training at a VBS leader’s conference in Chillicothe. (Photo contributed by St. Joseph Baptist Association)

ST. JOSEPH – The St. Joseph Baptist Association may be 150 years old, but they are remaking themselves constantly in order to reach more people for Christ in northwest Missouri and beyond.

Director of Missions Roger Brumley leads the association and their theme is “Building Great Commission Churches.”  Brumley says, “We minister to member churches by providing opportunities for different areas of ministry.” He listed several association ministries: camps, conferences, missions, disaster relief, church revitalization, pastor and deacon training.  Ministers gather for fellowship brown bag lunches every month and they pray for each other. 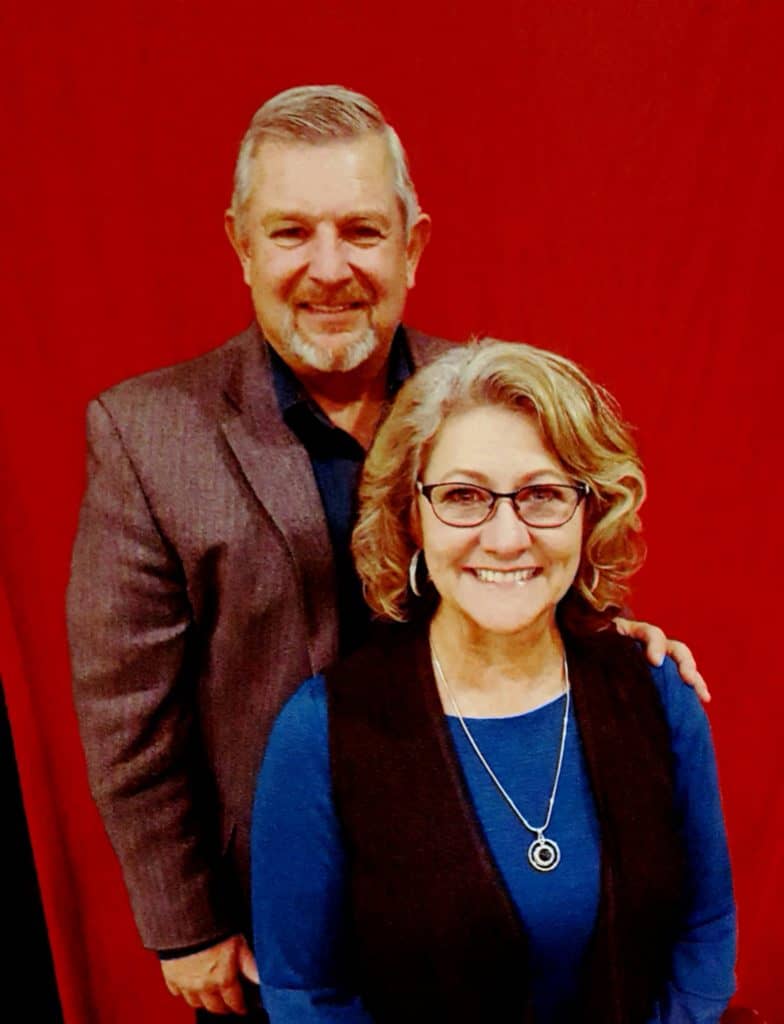 The association is involved in sending people on mission trips and they spent several years going north to help a church plant in Yankton, South Dakota.  They have now turned their focus to western Montana and will be establishing mission projects in the Flathead Lake area near Missoula and Glacier National Park.  In the past there have been as many as 16 churches who have sent people on international mission trips, Brumley added.

Brumley said there are three types of churches in the association: St. Joseph city churches, County seat town churches and what he calls “Days Gone By” churches in rural areas.  He said the rural churches are struggling with population shifts, and many are in need of revitalization, although there are some which are quite healthy.

The association is a primary sponsor of the collegiate ministry to Missouri Western University, St. Joseph, and there are about 80 university students attending Thursday worship nights there.  That ministry is led by campus missionary Paul Damery.

The association sponsors a children’s and youth camps most summers at Grand Oaks Baptist Assembly in Chillicothe.  Although they had to cancel some of the camps in the past two years due to the COVID-19 pandemic they ordinarily have 250-300 teens and upwards of 150 children in the camps.

There is a Disaster Relief ministry in the association with two units: chainsaw and flood recovery trailers.  They were pressed into service in 2019 and 2020 with floods in the St. Joseph, Craig and Mound City areas.

The association also maintains a game trailer which churches can borrow to use for block parties, vacation Bible schools, camps and county fair exhibits.  Bounce houses, games and items to serve refreshments are available in it.

Brumley and his wife, Pam, have served in the St. Joseph association since 2017.  They met at the Baptist Student Union when they both attended Central State University in Edmund, Okla.  She was a music major and they both were in a traveling music group from the university.  She continues to help churches and schools with music and worship and she also teaches swim classes.  Roger Brumley graduated from Southwestern Baptist Theological Seminary, Ft. Worth, Texas, in 1985, and he has been a pastor in Oklahoma and in southwest Missouri prior to coming to St. Joseph.

St. Joseph and the surrounding area played a key role in settling the American west.  The ease of crossing the Missouri River there and the establishment of the Pony Express mail route across the American frontier contributed to the growth of this community. St. Joseph now has about 75,000 population.  At one time the city was larger than it’s neighbor to the south, Kansas City.

The St. Joseph association has 45 churches located in 7 Missouri counties and there are two churches affiliated which are in eastern Kansas.

Brumley summed up the association’s ministry of 150 plus years by saying, “We provide opportunities for churches to work together for Kingdom work.”

Their focus is not on the past but on the future.