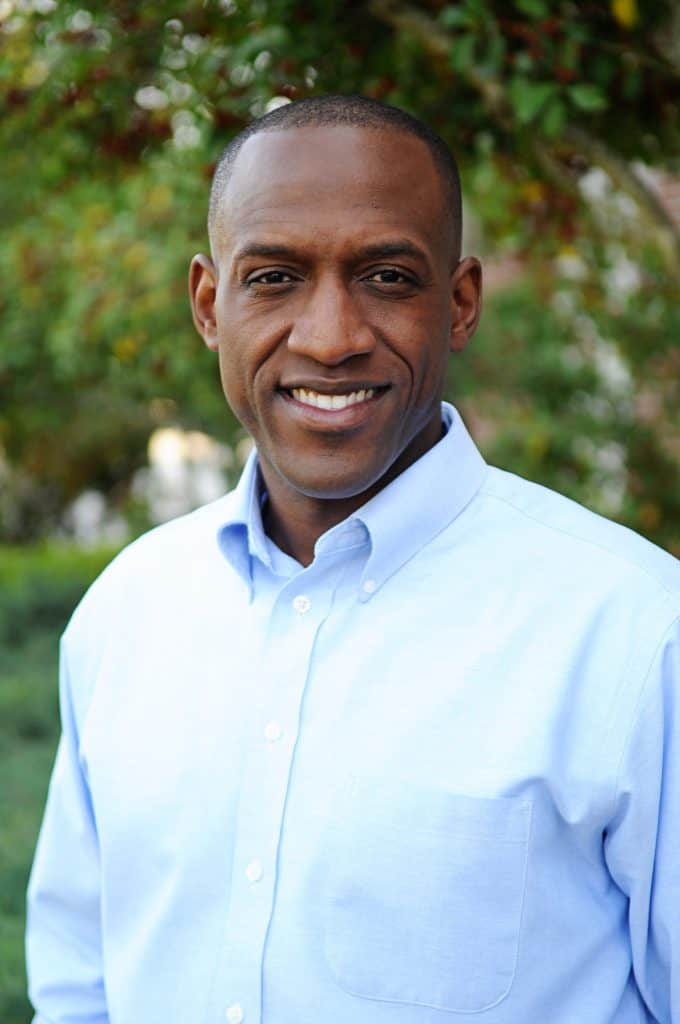 Bevel shared his testimony, including his experience in the Marines to now being Membership and Local Missions Pastor at Sherwood, where “on any given day I could be with a drug dealer, a prostitute, or someone smoking crack and praying with them. It’s exactly where God wants me.”

“I grew up in Jacksonville, Fla. I would meet my dad and then race him home. Then he started drinking and doing drugs. The people on the street gave me what I wanted. I knew at 17 I’d either be dead, in jail, or on drugs.

“I joined the Marines. Where else could you do all the stuff I did and get paid for it?”

His church-going mother encouraged Ken not to harden his heart. His father, much like the Hayes character in Courageous, wasn’t heavily involved in Ken’s life and stayed out of church.

Bevel got in trouble in the military and almost got court marshaled. He toned down his behavior somewhat. A superior officer told him, “people like you will not understand until they face the consequences.”

Bevel then considered suicide, running away from the military or trying God.

“Three guys were walking to me in a Wal-Mart parking lot. I knew they were either there for a fight or were from a church. They asked me if I knew Jesus, and I told them, ‘No, but I need to.’ I knelt in that parking lot and gave my heart to Jesus. You can get anything at Wal-Mart,” Bevel laughed.

“I felt God saying, ‘You have something to do and you have no time to waste.’ That night, the peace of God that passes all understanding resided in my room.”

God worked in various ways. Bevel’s charges were dropped, and the Marines offered to send him anywhere in the world.

“It was the Lord’s mercy. It had nothing to do with me. They sent me six thousand miles away to Japan, but that’s where I learned to pray and read the Bible. Then the Marine Corps sent me to college for free. I graduated high school with a 1.8 grade point average. In college I signed up for computer engineering. I felt God saying if I committed to Him, He would take care of me. I graduated top in the class. The Lord did it.”

Later in Afghanistan, Bevel felt God leading him to retire, after 20 years in the military, to serve God. Two officers confirmed his decision.

He and his family moved to Albany, Ga., home of Sherwood. At first, he questioned the church making movies, thinking Christian movies were “poor quality with bad acting.”

With no prior acting experience “except a tree in a pre-school play,” he was approached to play a firefighter, and his interest was piqued. At the audition, One Kendrick brother (director) said ‘you’re not a good actor, but we believe you are who God wants to use.’

Bevel said: “I prayed to be real and believable, and God did it.”

Backstage, he saw different people of the body of Christ working together in the films.

“I saw the same thing today as I walked and prayed on campus, ‘Do they (Hannibal-LaGrange students, employees and supporters) realize what God could do if they all surrendered to you?’

“You,” he told his audience, “are represented by 26 countries. The message of the gospel could spread exponentially. The films were fantastic, but you can make a bigger impact on the world here at Hannibal-LaGrange.”

He shared verses from 1 Peter and challenged those present to respond to God.

“What gift has God given you that you have not used? Ask how you can employ your gift. I pray this school sees its best days because the people at this institution faithfully and prayerfully used their gifts and talents for God.”

Bevel said he would be watching from Georgia to see what happens with HLGU.