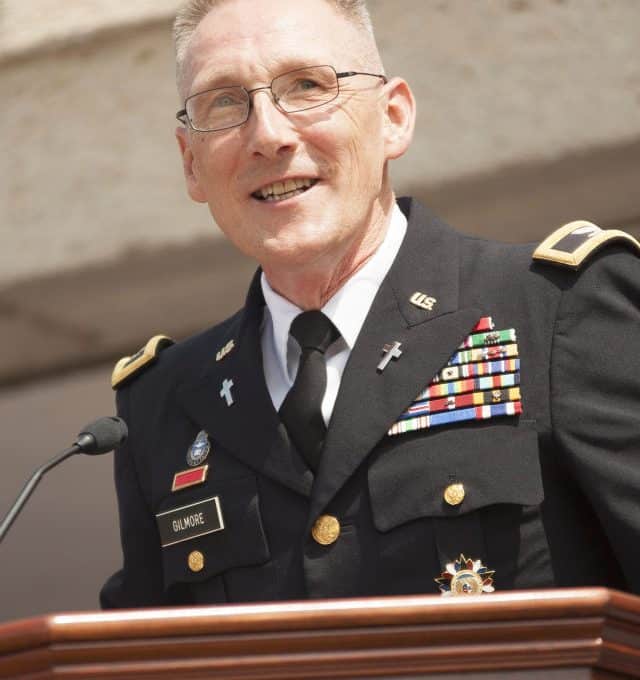 During a service at the chapel of the National Guard State Headquarters here, Gilmore was inducted into The Ancient Order of Martin of Tours.

Gilmore served as a chaplain with the Missouri National Guard for more than 30 years. A graduate of Southwest Baptist University, he and his wife, Susan, have three daughters and four grandchildren.