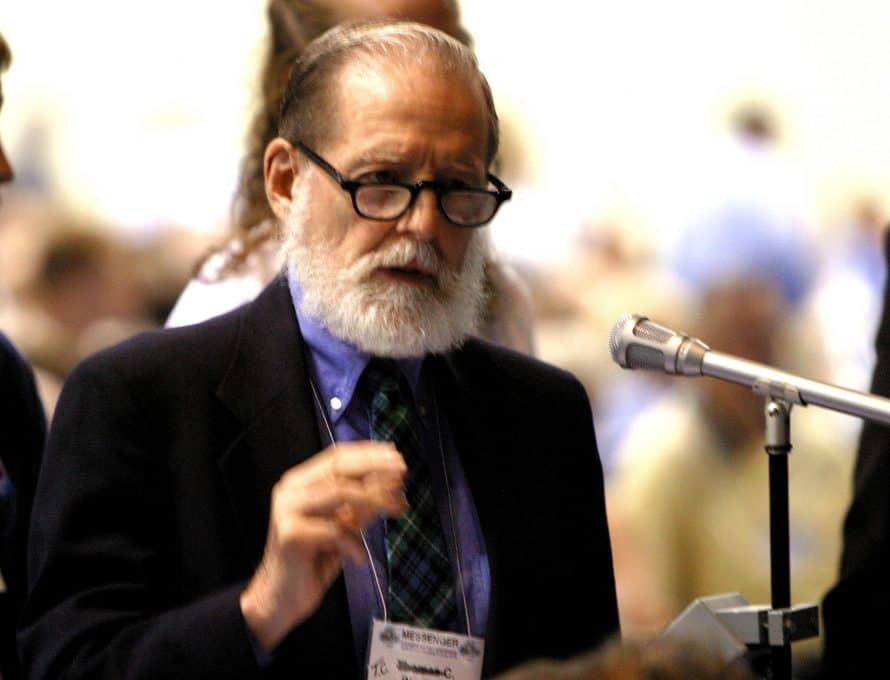 As a 1992 member of the SBC Executive Committee from Virginia, Pinckney proposed the successful amendment to the SBC constitution to declare churches condoning homosexuality “not in friendly cooperation” with the SBC. The amendment was adopted after receiving the required approval of messengers at two consecutive annual meetings in 1992 and 1993.

Pinckney championed conservative causes by launching The Baptist Banner newspaper in February 1988 with only 57 initial copies, growing readership through the 1993 founding of the SBC of Virginia (SBCV) which he promoted, and continuing the publication until January, 2015. At its peak, the newspaper’s circulation neared 20,000.

Pinckney also served as 2nd vice president of the Southern Baptist Convention in 2002.

Brian Autry, executive director of the SBCV which honored Pinckney in 2015, remembered Pinckney for his faithfulness and service.

“T.C. Pinckney had a great love for the Lord and the Word of God,” Autry said. “General Pinckney served this nation faithfully through his time in the Air Force, served his church for decades, and had a tremendous impact on a generation of Southern Baptists. Our prayers are with his dear family as we celebrate T.C.’s life and commemorate his homegoing.”

Pinckney remained faithful as a charter member of Good News Baptist Church in Alexandria, a small congregation that recorded 22 members on the SBC Annual Church Profile before the COVID-19 pandemic.  His pastor Cal Wallace called him a “model church member,” “true gentleman” and “excellent churchman” who encouraged Wallace as a pastor and was well-loved by the children of the church.

“He was a man marked by strength, discipline, kindness, humility and generosity,” Wallace told Baptist Press. “He attended church faithfully until he became bedridden in his final months of life. He served as an adult Sunday School teacher as long as he was able.”

The Charleston, S.C., native was a decorated U.S. Air Force command pilot with more than 3,400 flying hours, including 189 combat missions during his year’s duty in Vietnam. His military honors include the Legion of Merit with oak leaf cluster, the Distinguished Flying Cross, the Meritorious Service Medal, the Air Medal with 11 oak leaf clusters, the Air Force Commendation Medal, the Air Force Outstanding Unit Award with “V” device, and the Republic of Vietnam Cross of Gallantry with gold star

Pinckney earned a B.A. in English from The Citadel military college of South Carolina in 1949 and an M.A. in international relations from Syracuse University in 1959, graduating from the National War College in 1971.

Pinckney’s funeral will be held Dec. 29 at 11 a.m. at Pillar Church at Woodlawn in Alexandria.

Survivors include his widow Clarita “Shady” Pinckney, children and grandchildren.