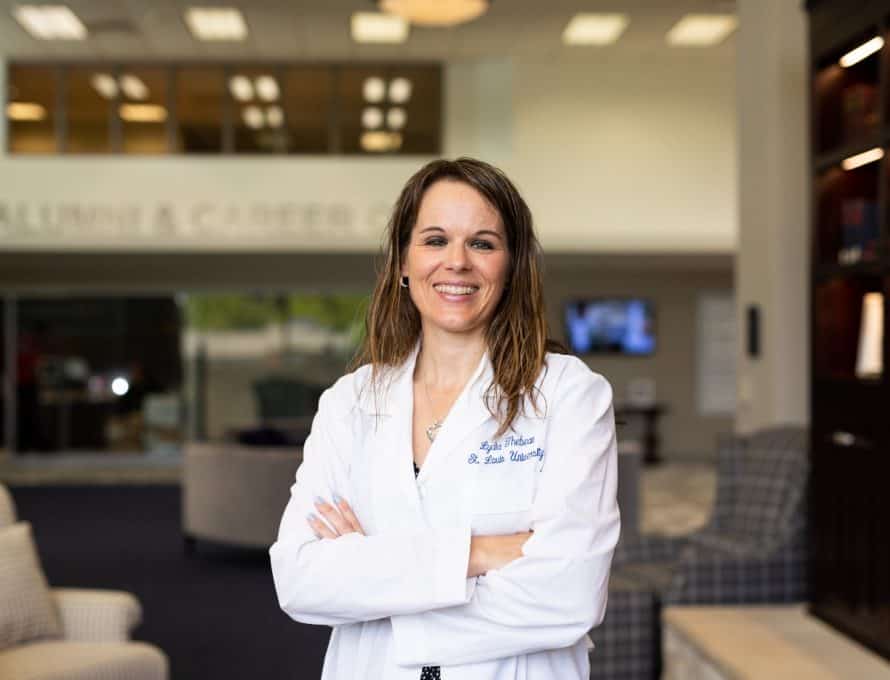 ST. LOUIS (MBU) – In the science hallway at Missouri Baptist University, you are likely to find students sketching metabolic pathways, titrating an acid with a base or using mnemonics to memorize the cranial nerves. At the heart of it all are the science faculty encouraging and challenging the students to become their best, with the goal of seeing these students filled with promise become scientists. 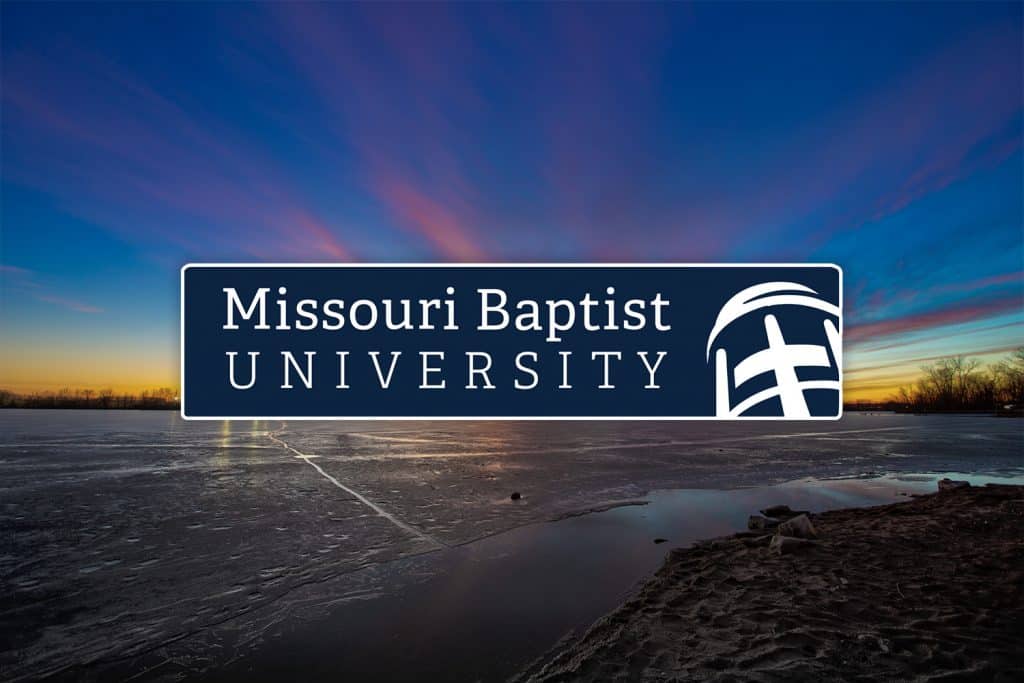 One of these faculty members is Dr. Lydia Thebeau, MBU’s associate vice president for academic affairs and accreditation and professor of biology. But to her students, she is known as Dr. T – a professor who is known for mentoring and propelling students to realize their potential in their careers and faith. Thebeau’s students leave MBU and become leaders in their fields as physicians, pharmacists, nurses and researchers.

Thebeau’s reputation is rooted in more than her success as an educator – even though that in itself would be enough. Her research in immunology and microbiology is still influential and has the ability to create a treatment that will better many lives.

She earned her Ph.D. in cell and molecular biology at St. Louis University (SLU) where she focused on immunology – a branch of science that studies the immune response – and microbiology. While at SLU, she studied under Dr. Lynda Morrison, current assistant dean for preclinical studies for St. Louis University School of Medicine and professor of molecular microbiology and immunology. The Morrison lab studied a large family of DNA viruses classified as Herpes viruses. This classification includes Epstein-Barr Virus – the cause of mono – and Herpes Simplex Virus, Cytomegalovirus – also known as CMV among others. There is only one Herpes virus with a vaccine – chicken pox – so the research lab focused on gathering knowledge to be closer to developing more vaccines under the Herpes virus classification.

In the Morrison lab, Thebeau first studied how the body’s immune system responds to the virus. Certain proteins are needed for the body to fight these viruses, and Thebeau studied the response with mice without these proteins. She then was involved with creating a vaccine virus that was genetically engineered to include the missing proteins. The thought was that if the vaccine virus could booster the immune response of the protein-deprived mice, they could also trigger the immune response in normal mice and maybe even humans. From her work in this lab, she now holds a patent for the vaccine virus, along with her advisor.

After completing her Ph.D., Thebeau completed a short post-doctoral fellowship with Washington University School of Medicine. There, she studied the extracellular matrix in hopes to understand Marfan Syndrome better. Her goal was always to teach at the collegiate level, so she held a position with St. Louis University before eventually finding a home at Missouri Baptist University.

Her appointment to Missouri Baptist University is special — partially because it reminded her of a science hallway much like the one that resides in MBU’s Administration building.

But instead of Dr. Mary Vedamuthu and Dr. Jerry Deese, there was a Dr. Richard Todd and Dr. David Ziegler at the campus of Hannibal-LaGrange University. And instead of Dr. Lydia Thebeau mentoring students in her signature watermelon-colored office, she was the ambitious student filled with potential.

She quickly became known as a competitive student who worked diligently to be at the top of her class.

“I knew that Lydia had the potential to do whatever she wanted to do when I saw how she had the ability to compete with other excellent students,” said her undergraduate chemistry professor, Dr. Ziegler. “She was willing to work hard to succeed.”

Thebeau would encourage students and press them to not settle. She demands excellence because she knows it is possible.

One of these students is Kevin Knight, ’15. Knight is a Ph.D. candidate in the pharmacology department at the University of North Carolina, and he attributes the science faculty and Thebeau to his success.

While at MBU, Knight studied chemistry, biochemistry and biology and took many classes with Thebeau.

“Dr. Thebeau helped me to understand that science is not about what you can regurgitate onto a short answer test, or even about exploring the unknown, but rather, science is about gaining understanding of what we know now, and linking it in new and exciting ways to make discoveries for mankind,” said Knight.

“Dr. Thebeau holds herself and students that she teaches to the highest standards in a world where so much seems fuzzy, hazy, or ‘debatable.’ I will always respect her for that approach to teaching.”

Outside of the classroom, Thebeau encourages science students to pursue their career ambitions even when the path forward seems daunting.

Nika Furey (Juricic, 16) is now finishing her Ph.D. in molecular and cellular biology at Baylor College of Medicine while also performing research at Duke University.

Furey first came to Thebeau when she wanted to switch from a business major to study biotechnology.

“Dr. Thebeau was my go-to person whenever I had a question or needed advice,” said Furey.

“As I was an international student at MBU and my parents were an ocean away, Dr. T.’s advice and support meant the world to me — I don’t think I would be in a science Ph.D. program without her guidance.”

After accepting an associate vice president role, Thebeau traded in her watermelon office for a new lilac office located in the Field Academic Building. Her responsibilities now include setting the academic policies and strategies for all of MBU’s undergraduate offerings, just as she rebuilt the pre-medicine path for students and laid the foundations for MBU’s School of Nursing.

That doesn’t mean that her science days are behind her — she still teaches courses including genetics, cell biology and bioethics. Thebeau jumps at the chance to mentor students and alumni in their career path.

She is now using her expertise of immunology with her experience in higher education in a collaboration with Missouri Department of Higher Education and Workforce Development on a research project investigating the transmission of COVID-19 in the classroom.

At the end of the day, educating and encouraging students is Thebeau’s dream job, and she has already made ripples across the country through her students. In academia, “standing on the shoulders of giants” is a phrase used in research to convey that each academician builds on the knowledge of those who led the way.

Just like Thebeau stood on the shoulders of Drs. Todd, Ziegler and Morrison, MBU’s science students stand on the shoulders of Thebeau. And there, students find not only support in the sciences and their careers, but also how to live their lives in a way that glorifies God. And that’s the most significant piece of it all.