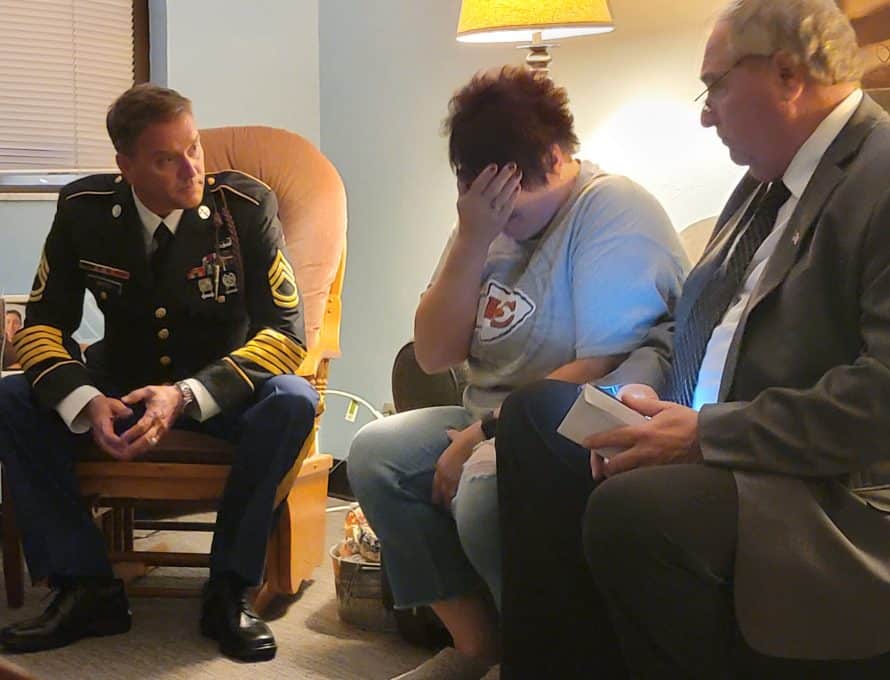 CAMERON – The church building became a theater, but not in the traditional sense.  During the recent Judgment House production at First Baptist Church, Cameron, the theatrical scenes were spread out all over the facilities.  There were eight dramatic scenes in the production of “Land of the Free, Home of the Brave.”

The realistic portrayal of heaven and hell and the choices young people make as they live their lives was sketched out in the eight dramas that the crowd rotated through in the Oct. 20-24 productions.

Individuals and groups were scheduled to come through the production in small groups, walking from room to room, accompanied by a tour guide. They viewed the dramatic sketches.  At the end there was an evangelistic presentation and an invitation to receive Christ. 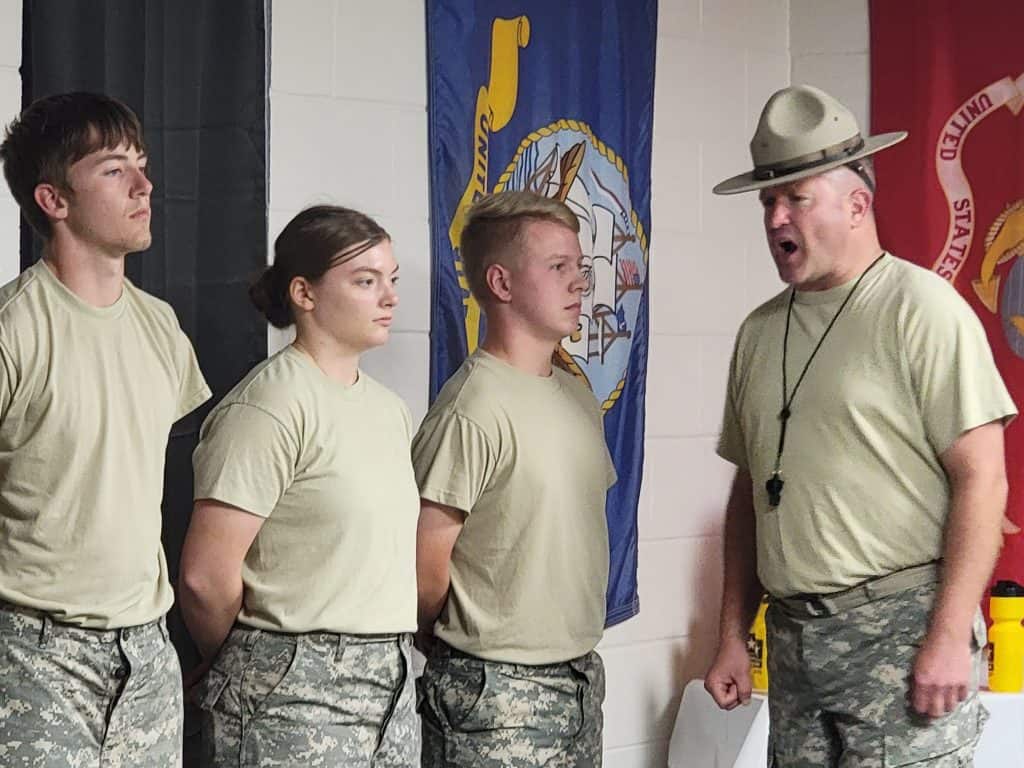 The story line of the drama was about a couple of young boys who grew up together in a small town.  One is a believer and the other doesn’t really believe in God.

In high school they talked with an Army recruiter and signed up together to serve their country.  They went to boot camp and were sent into battle.

On a reconnaissance missions, their position came under enemy fire. One of the young men was killed.  His mother is notified by a chaplain of his death.  It is a heart-rending scene.

The other young man struggles with his friend’s death. He becomes very hardened to the gospel.  He feels he doesn’t need God.

Their ultimate destinies are portrayed graphically and the audience is given an opportunity to follow the Lord.  The scenes of heaven and hell are very pointed and really caused the audience to think about their own eternal destinies.

Organizers said there were 994 people from several churches in the region who took the tours through the Judgment House production.  Of those, 54 prayed to receive Christ, and there were 35 recommitments to the Lord.

Terry Beasley, the First Baptist music pastor, directed the effort.  He said they partnered with River of Life Church in Cameron, and this is the fourth year the Cameron church has put on a Judgment House production.

Judgment House is an organization that writes the dramas and licenses churches to put them on as evangelistic projects.  They have been doing this since the 1980s.

Beasley said, “Surprisingly most of the people attending are not from the Cameron area.”  They had registration cards from Kansas, Nebraska, Iowa, Missouri and a few from Florida and Alabama.  He added, “There were registrations from 112 different towns, a lot of small churches.”

Asked if it was specifically intended for youth groups, Beasley said it is, but they had a lot of adults and some older children as well.  Some of the scenes were kind of graphic, so they thought small children would find it too intense.

“We recognize Judgment House is Kingdom work,” Beasley said.  “There are thousands of people walking through the dramas, many of them coming from miles away.  We will follow up with those in our community and send referrals back to the pastors in the communities of people from out of town.”

There were about 150 people from the two churches involved in the project.  About 70 of them were actors.  They presented the drama over three days, with 23 tours led.  Each dramatic scene took about 15 minutes to view.

Beasley said the pastor of First Baptist Church, Ken Gazaway, led a team of counselors in the final scene to share Christ with the participants.

One family attended the Judgment House production five years ago in 2017.  Justin Jorgensen, the father, said, “God touched his heart,” and he prayed to receive Christ. He now helps as a volunteer with the production.

Beasley said he felt the long hours of rehearsals, set building and preparations were well worth it.