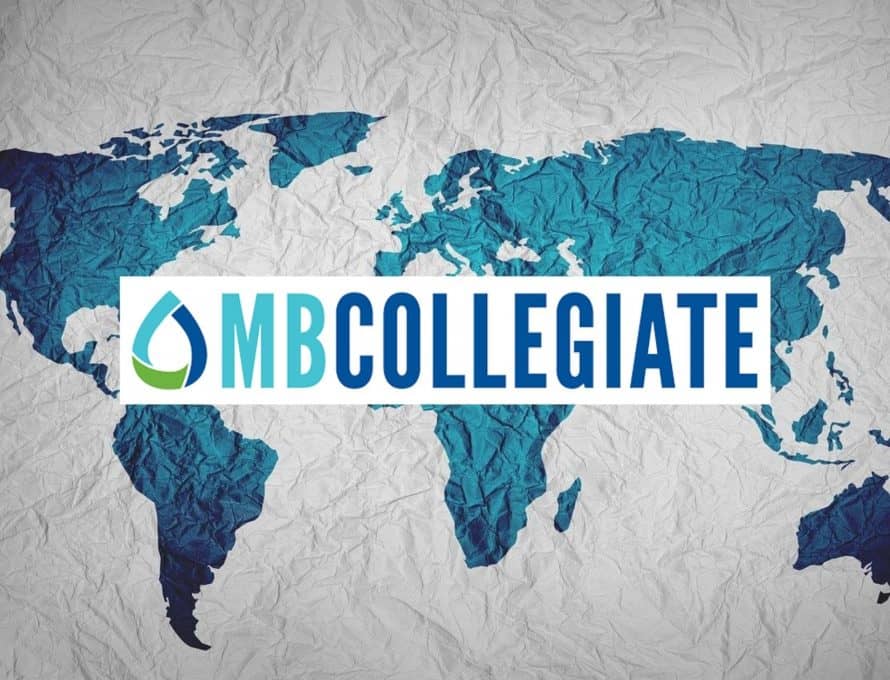 KANSAS CITY – In the first two months of the fall semester, MBCollegiate ministries have found an abundance of opportunities to engage students on their campuses, and what they are finding is college students who are thirsty for the gospel.

“I’ve had the opportunity to meet with a lot of guys this month [September],” says ministry apprentice Brent Masters with Collegiate Impact in Kansas City. “It’s been really exciting to be on campuses and share the gospel with students.” Masters has been meeting weekly with a young man who had previously never been at church. “We have met and read a chapter of Mark each week. It has been incredibly encouraging to see him start realizing who Jesus is,” Masters says.

Several ministries are regularly ministering to sports teams on their campuses. The Baptist Student Union (BSU) at Missouri State has been feeding the football team and their staff—a total of 130 people—every Sunday night. Many of those also come to their worship service and meal on Thursday nights. At Missouri Southern, the BSU is holding a team Bible study for the baseball team. Over twenty baseball players had attended the study in the first few weeks of class.

The Lighthouse at Southeast Missouri State put on a game night for students from the eSports team, where a freshman Lighthouse student shared Christ with one of the gamers in attendance. And the BSU at Truman State continues to pour into the cheerleaders, providing a source of stability for them as they go transition to a new coach.

Informal sports and other fun activities have also provided a context to build relationships with students. Christian Challenge at Missouri Western has a group of students who play sand volleyball every Tuesday, then basketball followed by a movie every Friday. “This has provided a great forum for relationships with non-believing students,” says Campus Missionary Paul Damery. “Weekly I hear reports about spiritual conversations students and staff are having.”

Another student leader from the Lighthouse BSU says, “A person in my Life Group asked to study the Bible with me. It was somebody I would have never thought would. They have been reading and coming to RealLife. I can’t express how happy that makes me.”

Campus Missionary Jerome Stockert with Central BSU had the chance to sit down with the student president of the Saudi Club at UCM. “We had a real good spiritual conversation, and we will be meeting regularly,” Stockert says. Another student in Stockert’s ministry, who recently became a believer, “is excited and initiated our one-on-one discipleship times. He is hungry to grow in Christ and is always eager to meet.”

Stockert and his apprentice, Benjamin Kirtley, regularly spend lunch time on campus as a way to connect with students. One day, they ran into a student who had attended the BSU’s weekly dinners. They invited him to sit down and eat. “During the course of our conversation, we discovered that he is not a believer and subsequently were able to share the gospel with him,” Stockert says. While the student was not ready to follow Jesus yet, “he was eager to connect with me weekly and read through the book of John to see what it means to be a follower of Jesus,” Stockert continues.

Hannibal-LaGrange held spiritual emphasis days in September, two days of chapel specifically focused on encouraging students to come to Christ and follow Him in discipleship. During the two days of chapel, they had opportunities for students to get plugged into discipleship groups. “We had 75 students sign up in 24 hours,” says Campus Missionary Titus Vester. “God has blessed us tremendously.”

In the first couple weeks of school, a student suffering from anxiety and self-harm was brought to Vester’s attention. After several conversations, Vester says, “it was apparent they needed the Lord.” During chapel one day, “the Lord was moving among the students, and the same student ran out again. I asked if something triggered them again and they told me, ‘I need to be saved. I need to submit my life to Jesus.’ Vester talked with the student, after which the student “prayed out loud and asked God to forgive them of their sins and confessed that they trusted Jesus for their righteousness.”

Some students have been reaching out to the campus ministries without any prior connection, hungry for hope and help. A Truman State junior who is in a fraternity messaged Campus Missionary Greg Xander saying he felt like he wasn’t close to God anymore and wanted to find that again. “How he found us, I don’t know at all!” says Xander. “But he has been engaging with us on campus and is actively working to connect us to fraternities to help us become known among them for the first time.”

Campus Missionary Scott Westfall helped a struggling Missouri Valley student who was kicked out of his living space because he lost his scholarship. The university asked Westfall to help. As they loaded his belongings and found a place to donate them, Westfall prayed with him and encouraged him. “Two days later we talked for two hours on the phone,” Westfall says. “He shared with me how God answered his prayer to be able to stay, and he feels like it was God telling him to start taking his faith seriously again. We have met two times since then, and I am excited to see how God is working in his life—all because I was willing to help him find a place to donate his stuff. Now I have to find some new stuff for him!”

In many ways, this fall semester feels like a fresh start after more than a year of ever-changing college life in the midst of a pandemic. As normal life slowly restarts, college students are looking for new beginnings, too – and MBCollegiate Campus Missionar