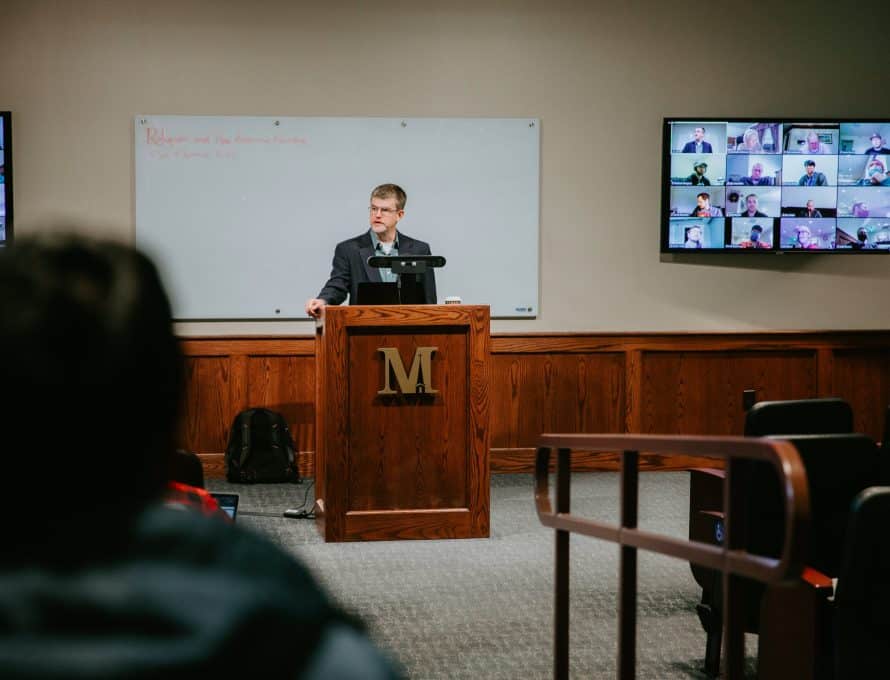 Kidd, who has served as distinguished professor of history and the James Vardaman Endowed Professor of History at Baylor University, joined Midwestern Seminary’s faculty as a visiting professor in 2019. He will transition to the full-time, residential role in fall 2022. 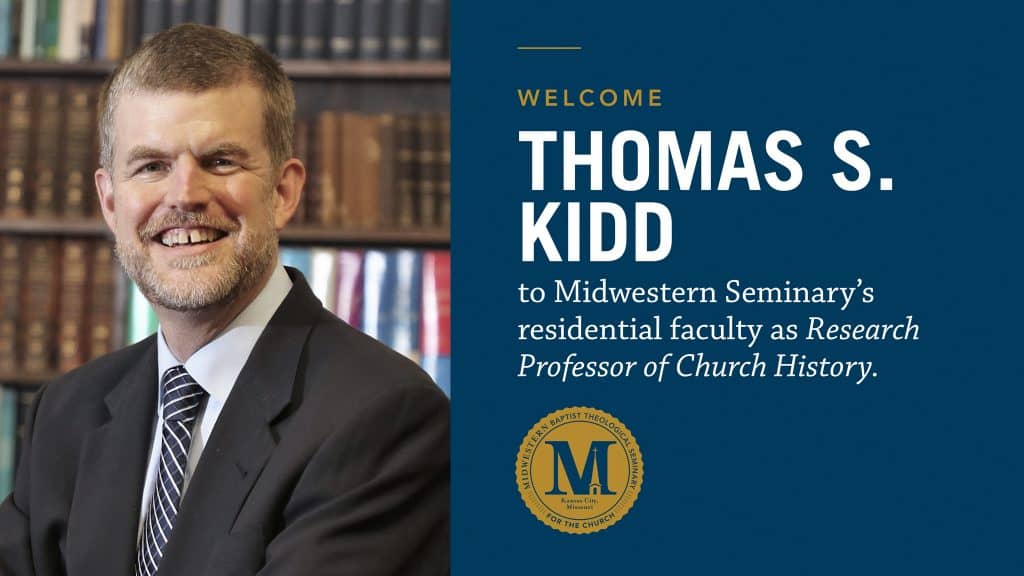 “Tommy Kidd is one of evangelicalism’s leading scholars, a man rich in gifting and academic accomplishment, but still young enough to train a future generation of pastors, ministers, and missionaries for the church,” Allen said. “We’re overjoyed he’ll be doing that with us here at Midwestern Seminary.

“The most important measurement for the strength of an institution is the caliber of its faculty. When one factors in scholarly accomplishment, devotion to students, Great Commission passion, and commitment to the local church, I believe our faculty is second to none. Praise be to God who’s given us a collection of such gifted and godly scholars.”

Kidd noted excitement about his new responsibilities, saying, “I am looking forward to joining Midwestern Seminary’s outstanding faculty, which is unified around its commitments to excellent teaching, scholarship, the church, and the Word of God. I hope to bring a passion for publishing and teaching in church history for the benefit of the pastors and laypeople who study with us.

“I especially appreciate the single-minded focus of Midwestern Seminary’s faculty, staff, and administration on the seminary’s ‘For the Church’ vision. I am eager to spend the next stage of my career investing more directly than ever in the life and new leaders of the church.

Kidd began his teaching career at Baylor in 2002 after completing a Ph.D. in history at the University of Notre Dame, where he worked with historian of religion George Marsden. He also earned Bachelor of Arts and Master of Arts degrees at Clemson University in South Carolina.

As research professor of church history at Midwestern Seminary, Kidd will primarily focus on writing, research, and scholarship in service of both Midwestern Seminary and broader constituencies such as local churches and other academic outposts. Kidd will also continue leading doctoral seminars and instructing graduate and doctoral students in the discipline of history both in the classroom and in conference settings.

“I would say that Thomas Kidd is the George Marsden of his generation to help quantify what I think of his scholarly work as a Christian historian,” Provost Jason Duesing said. “Yet, Kidd’s helpful assessment of evangelicalism, both advocacy for and critique of, and his sincere commitment to the local church as a Baptist make him more than that. He is the Thomas Kidd of his generation.”

Kidd has written for media outlets including the Washington Post and the Wall Street Journal, and he also blogs at “Evangelical History” at The Gospel Coalition website. In the classroom, Kidd teaches courses on colonial America, the American Revolution, and American religious history.

He and his wife, Ruby, have two sons, Jonathan and Joshua. The Kidds have attended Highland Baptist Church in Waco, Texas, where Tommy has taught Sunday school.

“Thomas Kidd’s commitments to his family, the local church, and scholarship are what make him a wonderful addition to the Midwestern Seminary faculty,” Duesing added. “He is a superb example of a productive scholar of excellence who lives a healthy and vibrant ministry-life balance.

“I am eager for both future pastors and scholars to study with him. I can think of no one else currently writing and researching in American history that would be a better complement to our academic programs and our vision of pursuing scholarship for the church than Dr. Kidd.”