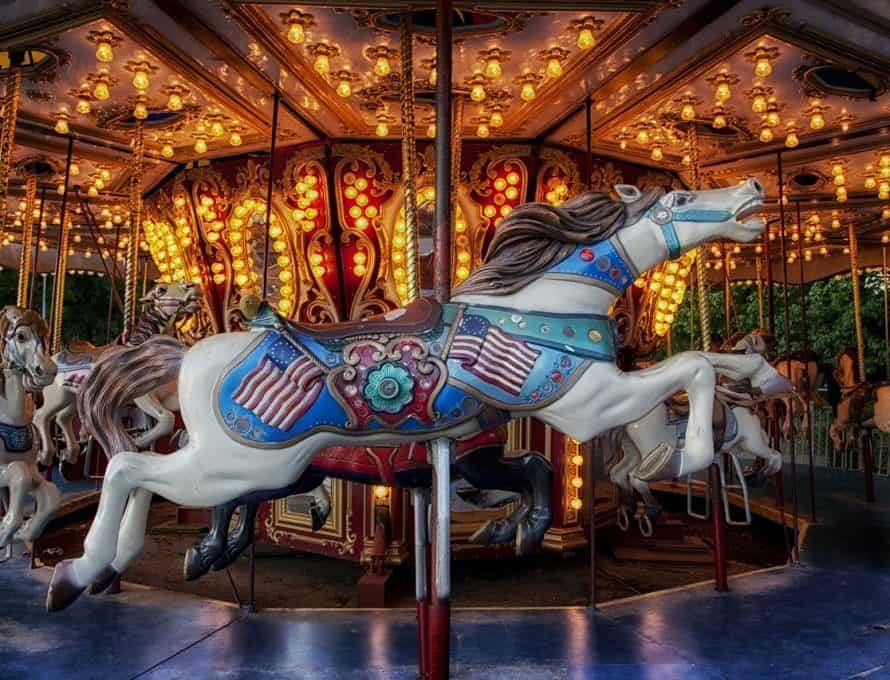 What do we even call it? Traffic circle? Roundabout? Rotary? Road circle? Rotunda? Road-tunda? OK yeah, I made up that last one.

Have you ever lost your direction inside one of those roundabouts? Three years later, still circling.

Please don’t even get me started on entering one of those things. There’s an awkward moment of “do I gun it and rush ahead of the car already circling, or do I stop and make everyone behind me angry”? Either feels wrong.

I was chatting about this with Anita Renfroe the other day. So, yes, comedy great, Anita, who has performed at the Grand Ole Opry, been a regular on “Good Morning America,” appeared on all the big shows, movies, mega-venues, and such. Yet she’s still almost as deficient at roundabouts as I am. I was inappropriately merry about that. I know that’s not very mature of me. That’s another one of my deficiencies.

When Anita told me entering a traffic circle reminds her of elementary school and her very arhythmic, very terrible tries at running into an already-moving jump rope—well first, I laughed. Then second, I laughed. Then THE Anita Renfroe told me traffic circles make her—in her words—“so insecure,” and I laughed again. Kind of darkly. Deficiency mine.

Do you ever feel sort of “decision deficient”? You have a decision to make, but feel like you’re going in circles? What do you do when you don’t know what to do? From the smallest minutia to the biggest details in life, sometimes we feel we have way too many choices. Or not enough. Either way, which exit do we take and how can we get in and out of these circles-on-circles-on-circles?

There’s a reason those passages we’ve heard a zillion times keep circling around. We need them. Proverbs 3:5-6 is one. “Trust in the Lord with all your heart, and do not rely on your own understanding; in all your ways know him, and he will make your paths straight” (CSB).

Twists and turns will always be part of life living in a world that suffers the effects of sin. But everything changes as we trust the Lord with everything we’ve got, making our life passion all about knowing Him more and better and bigger.

This Proverbs 3:5-6 way of life is not a part-time deal. We’re told to know Him in all our ways. “Ways” here is the Hebrew word “derek.” It can be translated “road.” It represents the entire journey, the full distance—all the way around. Even around again.

The good news is that there’s no need to second-guess every decision. We don’t have to worry so much about every insecurity—or even our awkwardnesses or deficiencies. Anytime you’re worried about making a wrong decision, remember that when you’re trusting Him with everything you’ve got, He will ultimately straighten it out. It doesn’t mean it’s always easy, but when you know Him well, you know well that He is with you at every turn. He’s leading you, loving you, teaching you, comforting you. There’s plenty of wisdom, peace, strength, and grace for you…to go around. And around.