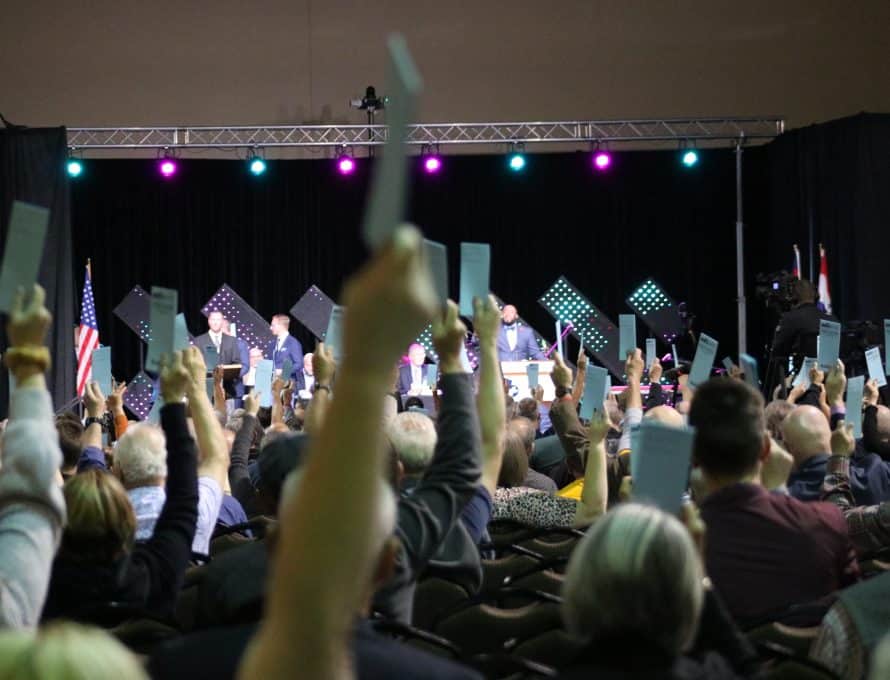 BRANSON – Missouri Baptist messengers at their annual meeting, Oct. 25-26, voted down a motion that would have created a sexual abuse task force in the state convention.

Scott Gordon, a messenger from Claycomo Baptist Church, brought the motion. The motion reads as follows:

“This task force shall be comprised of nine individuals who are active members of MBC churches, including but not limited to at least one individual from each of the following categories: Sexual Abuse Survivor – if willing to serve, MBC Executive Director, MBC Executive Board Member, Metropolitan Area Pastor, Rural Area Pastor, and a Female Layperson.

Melissa Wilbanks, a messenger of Parkway Baptist Church, St. Louis, called for a missionary task force to help Missouri Baptists find avenues for mission endeavors. Her motion was referred to the MBC Executive Board.

Josh Andrews, a messenger from Mt. Zion Baptist Church, Edgerton, made a motion proposing new assignments for the Credentials Committee. His motion was referred to the MBC Executive Board under bylaw 5.A.3.a