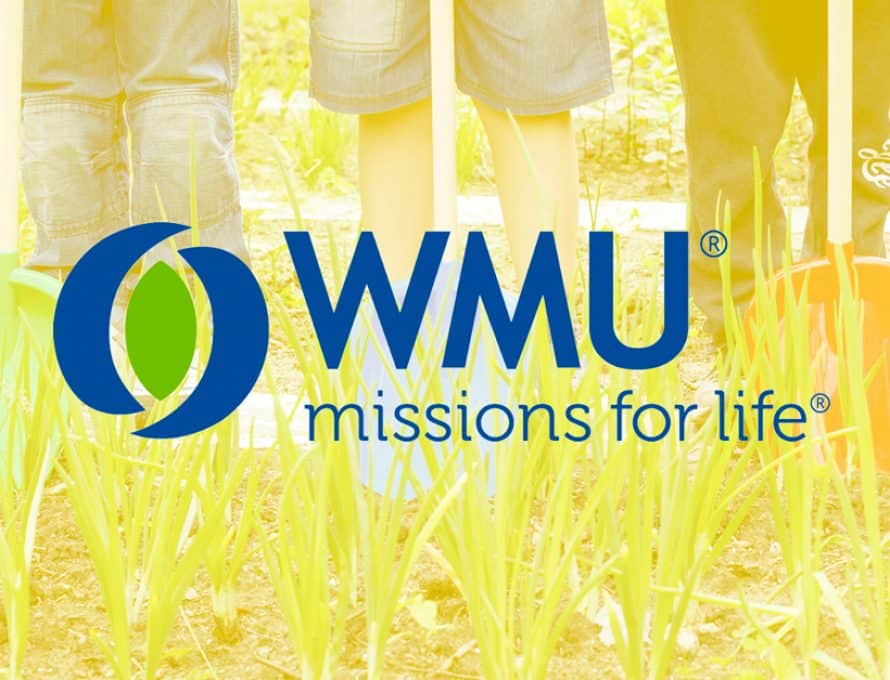 Sandy Wisdom-Martin, guest speaker and executive director-treasurer for National WMU in Birmingham, AL, emphasized the importance of listening to God for direction in our daily walk, putting aside negative self-talk and past failures that can hinder our pursuit of God’s plan and purpose. 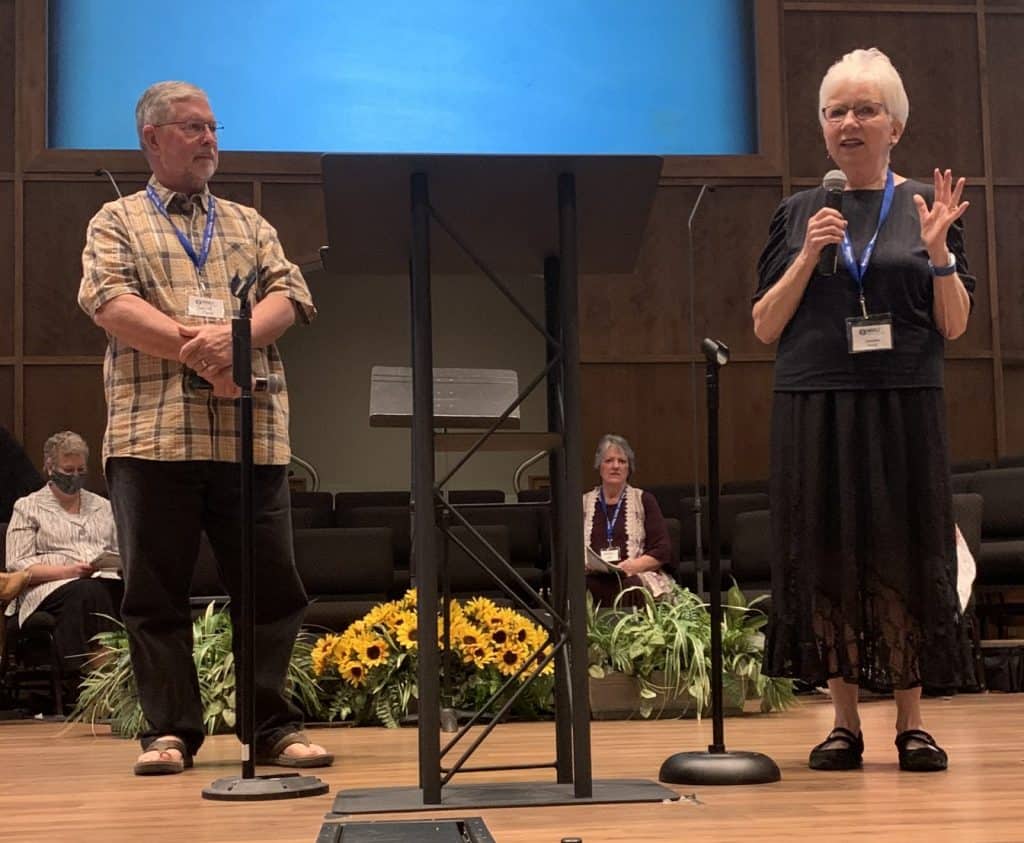 JEFFERSON CITY – Retired missionaries David and Janene Ford, who served in South America with the International Mission Board, speak to participants of the WMU Missions Celebration, Sept. 10-11. The Fords were selected by Missouri WMU to be honored during the event. (MWMU Photo by Tammie Nichols)

“The 2021 Missions Celebration and Annual meeting was successful on so many levels,” Turner said. “The coming together of mission-minded Missouri Baptists provided an opportunity for rejuvenation of spirit and renewal of energy.”

The two-day event was also an important time for attendees to conduct the business of Missouri WMU. During the business session, reports were given on registration, the board of directors, staff, Alberta Gilpin Fund, Madge Truex Fund, elections, retiring board members and mission projects.

• There were 122 registered for the meeting.

• An offering was collected for the Madge Truex Fund of $2,224. Donations are still being accepted for this Fund; checks payable to Missouri WMU can be mailed to Paula Hupe, MWMU treasurer, 142 Cuivre Parc, Troy, MO 63379.

• The silent basket auction raised $2,525 for the Alberta Gilpin Fund. Donations are still welcome for this Fund, and can be mailed to Hupe.

• Several retiring MWMU workers were recognized, including Teri Broeker. She most recently served as the organization’s Preschool, Children and Student Consultant. A brick was presented to Broeker with her name on it, which symbolized a brick that will be placed on the Walk of Faith at WMU headquarters in Birmingham, AL.

In addition to collaborating on the business of Missouri WMU, Missions Celebration was infused with uplifting worship, timely breakout sessions and encouraging testimonies.

“The experiences offered this year did not disappoint,” MBC Interim Missouri WMU Executive Director Cheryl Stahlman said. “The atmosphere created many opportunities for sharing, interacting and learning. Without question, Missions Celebration offered something for everyone.”

Highlights at every Celebration include testimonies, especially heart-warming are the stories from missionaries serving NAMB and IMB.

Sharing from NAMB this year was Gene Collins. He served as a military instructor for 13 years, and is currently the pastor at a church he and his wife planted in St. Charles.

Greg and Roslyn Alexander, retired IMB missionaries, shared their testimony involving the creation of a pipeline for church planters, which recruited and trained students. Over their career, the Alexanders helped to plant 9 churches. The couple retired in July of this year, while serving in the UK.

Keeping with tradition, the Celebration also recognized emeritus missionaries. Retired couple, David and Janene Ford who served in South America, were selected to be honored this year.

The deserving couple began their missionary service in 1978, when they were approved to Argentina. They shared how impactful WMU programs were during their childhoods, especially GAs and RAs, but reiterated that the “big deal” was the prayers from the WMU members.

Since their initial missionary assignment, the Fords have been appointed to service for the Caribbean Basin/South America. The couple retired from IMB in 2009, after serving for 25 years.

WMU offers relevant mission-related education for preschool age children through adults. WMU also wants to encourage all believers to learn about missional living, how to apply the power of prayer, to give to missions and to serve. The organization will be in the exhibit hall at the MBC annual meeting in Branson, and encourage attendees to stop by their booth for more information.