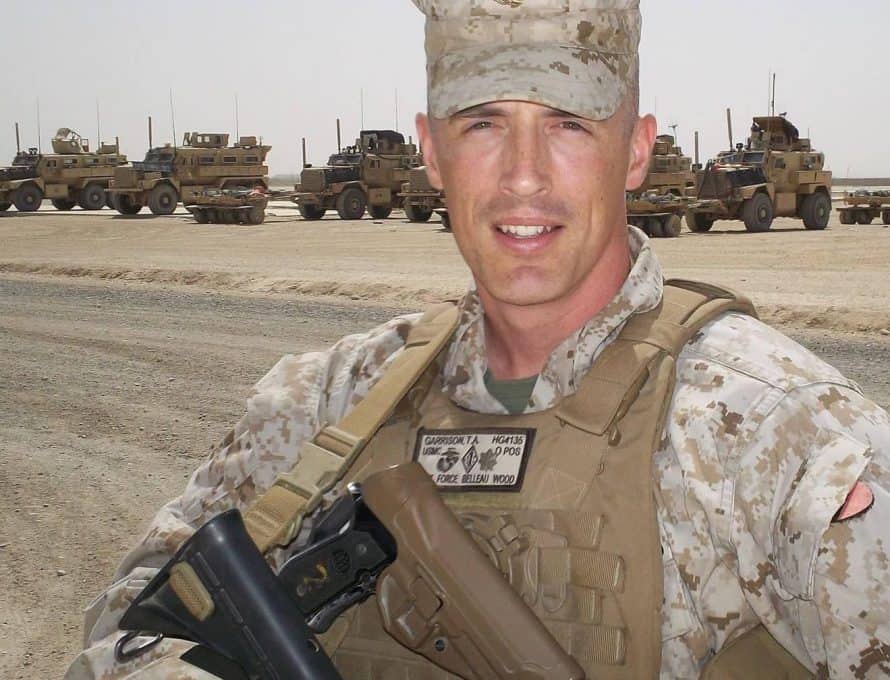 SPRINGFIELD – Life is anything but certain, especially amid conflict. But, for one Missouri Baptist church member and Marine Corps veteran, the truth of God’s Word provides certainty during tumultuous days.

Tim Garrison, member of Second Baptist Church in Springfield, has already experienced tremendous and unique changes in his life. As a federal prosecutor and major in the U.S. Marine Corps Reserve (USMCR), in 2013 Garrison was recruited to be a Marine Corps judge advocate to help train local police, prosecutors, and judges in Afghanistan. Within a year, he had assumed the role of Chief of Operational Law for Regional Command Southwest, which ensured combat operations were conducted according to the rules of engagement and applicable law in the volatile Helmand and Nimruz Provinces. Upon leaving Afghanistan and returning to Missouri, Garrison was appointed by President Trump in 2018 as the United States Attorney for the Western District of Missouri. He currently serves as an appellate judge on the Navy-Marine Corps Court of Criminal Appeals, while also working as a civilian federal prosecutor.

Garrison’s varied experiences in both military and civilian life have taught him the essential role of Scripture in the believer’s life. Even amid crisis, Garrison advises, “Know the Word, [it] provides principles that apply to every situation, and its wisdom is applicable to individuals and to world superpowers.”

In an age of disinformation where most people merely reverberate echo chambers or make hasty conclusions, Garrison recommends Christians exercise biblical discernment through alertness, objectivity, and requiring truth from leaders. Practicing biblical discernment guards from doubt and despair. Doubt comes from losing sight of God’s plans, purposes, and promises. Yet certainty for the believer comes from knowing God and believing his Word. Thus, Christians ought to excel in “accurate factfinding and sound judgment by being quick to hear, slow to speak, and slow to anger” (James 1:19). Christians ought to demonstrate compassion, seek justice for the refugee and oppressed, and maintain respect for the rule of law, he said.

Garrison’s greatest advice from his varied life experiences is the importance of hope. “Christian Americans should seek to promote good leadership and demote bad leadership, but always remember not to place our ultimate hope in earthly authorities.” As people who have been raised to eternal life with Christ, our hope is not shaken by presidential elections, crises in the Middle East, or worldwide pandemics. Our hope is in a resurrected Savior who defeated death and is coming again. Though the situations of life are often uncertain, our faith is in the “assurance of things hoped for, the conviction of things not seen” (Hebrews 11:1). In an ever-changing world, God has given us the gift of an unchanging Word that guides us.

Therefore, Christians should live and pray as those who have hope, he said. As a veteran, a former United States Attorney, and a Missouri Baptist, Garrison recommends Christians respond to both the Afghanistan crisis and every life uncertainty the same way – intentional prayer. “Pray for wisdom for decision makers; that truth would emerge; that lies be exposed and confronted; that those who lost loved ones or sustained injuries in this conflict would be comforted; that justice will be served and suffering cease; and that God use all of these things to draw people to himself.”